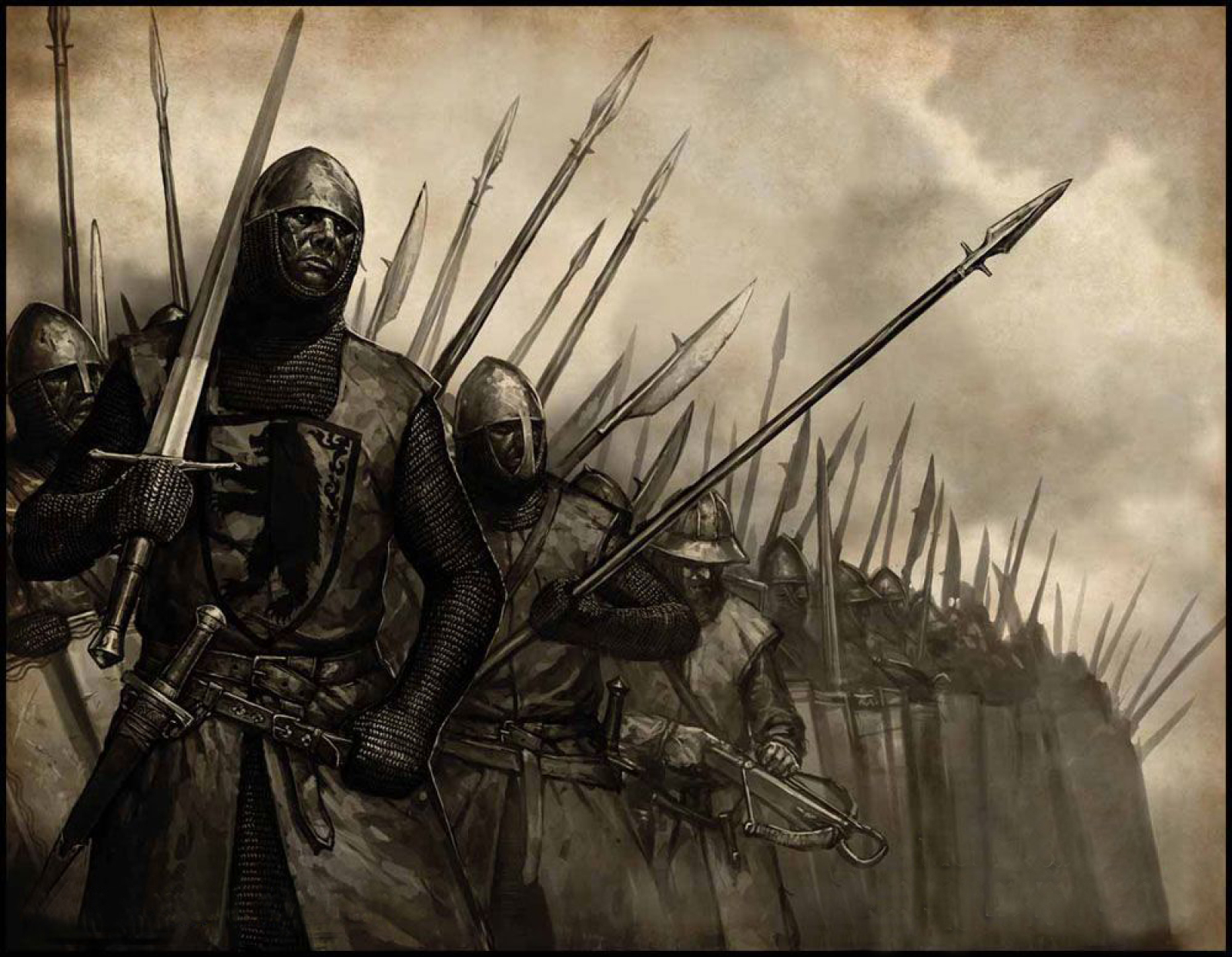 A Time For Swords

Meatbag_
At the height of the 21st century, nuclear war broke out between the great powers, destroying the modern world. Less than 1% of the world's population survived in underground bunkers or remote locations. These small pockets of humanity lived off their few remaining pieces of technology until they fell into disrepair or was lost with the knowledge of how to fix them.   Civilization fizzled out with the memory of the old world and what society was left gave way to savagery and violence. The strong dominated the weak and most people live brutal lives of subjugation. Resources are so scarce that humans stagnates for countless generations.   Small gene pools, strong evolutionary pressures and high levels of exposure to radiation leads to rapid genetic divergence in both men and animals. New cultures and religions begin and spread leading to more social cohesion among certain populations. writing is reintroduced into the world and with it, the start of recorded history.   As the world slowly becomes more habitable, contact between different peoples becomes more common. Borders are drawn, wars are fought and kingdoms are established, as well as great houses and monarchs. The realm enters a new age of relative stability and the population grows.   The New World is now riddled with castles, keeps, cities and towns. The last few centuries have been prosperous for those in a position to reap the rewards but the world is on the brink of great change. Powers both seen and unseen maneuver against each other and the people they rule over as they vie for dominance and control.
Tweet

A Time For Swords has 0 Followers