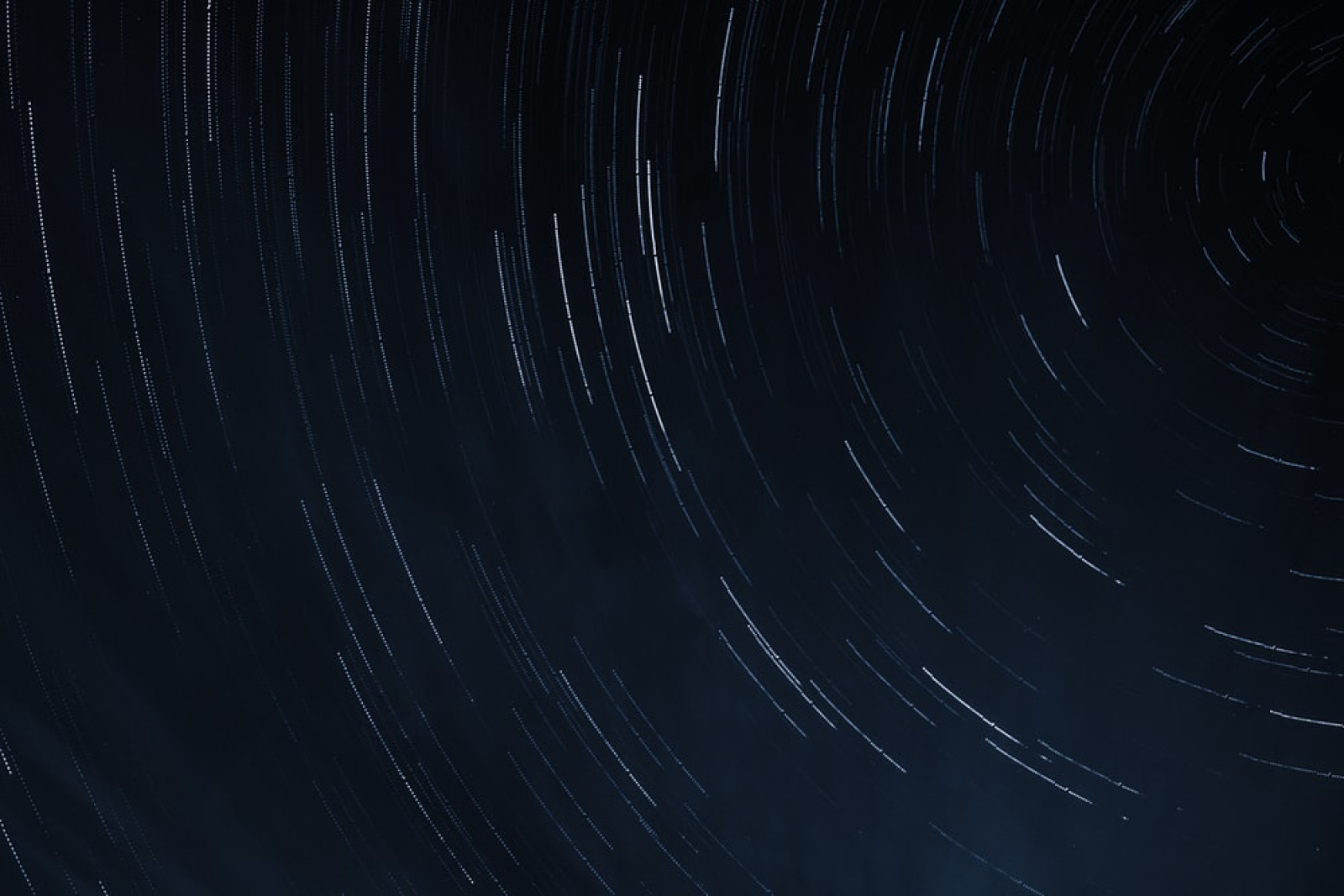 A Study of Eden Culture, by Francis Argus Bors

Argus clutched onto the black case as if her life depended on it. The shuttle slowly entered the warp liner, docking on one of the smart ports along the inside of its massive cylinder.   She felt Diavae staring at her. "What?"   "Why do you strive to help this girl?" They replied.   Argus stuttered, "I-what? She's my friend. Why wouldn't I?"   "She could easily live out her life as is. Humans can develop their own technology. You're not too far behind that device in your lap."   "Why does it matter?"   "It doesn't. The deed is done. I can understand why I did it. It's in my nature, but you have yet to explain your agenda."   "My agenda? Really?" Argus snapped, her eyes narrowed and her voice rising. "You think I have some ulterior motive?"   "I…" Diavae paused, suddenly aware of Argus' anger. They looked hurt. "I don't know of any other way to say it."   "What did you mean?"   "Your motivation? She's a friend. Your goal? To restore her body to optimal levels and reinstate her status. Your reasoning? She didn't deserve what happened to her, and the political tension foreshadows civil war. Her skills would be needed." Diavae paused and chose her words carefully. She continued in a slow trickle of words, "I know these things. I don't know the agenda, what you hope to gain..." Argus opened her mouth to speak, her eyes wide and shifting back to anger. Diavae stopped her, raising a hand and quickly added, "...let me rephrase. I don't know how it benefits you."   Argus took a deep breath, ashamed at how she reacted. "Sorry, I should've been more understanding."   "Don't be." They replied, patiently waiting for her answer.   "I don't really gain anything. I get a sense of fulfillment, maybe. It feels good to right a wrong."   "What if she didn't want you to?"   Argus shook her head. "I wouldn't even be here if that was the case."   "The operation is painful and asks a lot of the patient." Diavae explained. "The biology is virtually identical, but it's never been used on a human before. What if she can't do it?"   "She can." Argus replied "She's stronger than you think."


The Eden like to adopt other species as pets. Let's not mince words, that's basically what they're doing. They have a reputation for being pretentious and self-righteous because of this.   Be that as it may, they are very caring pet owners. Many of these species are limited and most lack the means of galactic travel. They have no way to expand and interact with the Eden. The Eden love other cultures and naturally see this as a problem.   On a more practical note, these limitations heavily affect the Eden economy. They spend an awful amount of time, effort, and resources to uplift these species, and these limits make it difficult to get any kind of return through trade. Enter the warp liners.

Galactic travel is beyond the scope of most species, so the eden developed a solution. Warp liners are a means of public transportation. They are basically large cylindrical warp drives. That's it. They have no engines, no fuel, not even a proper cargo hold.   Each cylinder is massive, about 3 km in length, but ones closer to the galactic community's core worlds can range over 5 km. It has a single opening allowing other ships to enter the cylinder with the drive and bridge on the opposite end. The bridge is where Eden workers operate the liner.   The hollow interior has up to a thousand docking ports. Other ships will dock with the liner and connect their engines to provide power. Together, they all power the warp drive, hopping from system to system in a fraction of the time it would normally take.

The benefits of warp liners are apparent. By allowing ships to enter, it prevents exposure to other species, preserving public health. It opens up a means of interaction with wider communities, and still allows them to travel the cosmos in their own ships with their own cargo.   Warp liners are relatively cheap to operate, with rotating shifts on the bridge to provide constant, reliable service. This service is essential for less advanced species. As it offers protection from those who prey on lone vessels. Each liner is escorted by a small eden fleet, and larger fleets out on the frontier of space, where piracy is more frequent.   There is a downside, however. Warp liners refuse entry to any vessels possessing weapons. When entering a liner, you do so completely unable to defend yourself if something happened.

This rule stems from laws enforced in Eden space. When traveling in eden territory, civilian ships cannot carry any form of weaponry on their hull. They can transport them, but they cannot be ready for use.   Even foreign vessels are required to follow the law, either removing their weapons when entering Eden space, or requesting licenses that bypass the law.   Eden space is known for its lack of piracy, and this law is why. It reveals targets for eden vessels. They are fired upon immediately, the presence of weapons treated as an act of war.

When the liner dropped from warp and the lights flickered back on, the shuttle detached from the docking port and made its way towards Safeharbor's surface.   Argus and Diavae watched as they approached, but they focused on two different things. Argus saw the red and gold of the planet's surface, how beautiful it was and how despite her desire to find earth, she was proud to call it home.   Diavae focused on the ships surrounding the planet. "That's a blockade formation." They said.   A voice burst from the radio at the front of the shuttle, "Shuttle 43, cease your approach. Safeharbor is under lockdown until further notice."   Diavae glared at the speaker as she replied, as if trying to deliver her wrath through the microphone, "This is the eden ambassador. Is there a reason I'm being barred from entry?"   A long pause followed. When the voice finally spoke again, it did so with confidence, "Sorry ambassador, but no one is allowed entry. Violators will be fired upon."   Argus backed away, a smirk on her face but eager to reach a safer distance. That was the wrong answer.   "Did you just threaten military action?" Diavae's posture stiffened, their voice changed from soft and lyrical tones to something far more angry and foreboding "You've forgotten your place. I will be docking on this planet. I dare you to try and stop me."   "Ambassador, we will fire."   "That would be an act of war, not to mention firing on a diplomatic vessel is a war crime." Their voice grew louder with every spoken word, "My species fought to keep yours alive, and all it takes to change that is a single tossed rock. The choice is yours."   Another long pause followed. Diavae tossed the mic aside, sat in the pilot's chair, and took control of the shuttle. Argus felt the shuttle speed up, rapidly approaching several ships in the blockade.   The voice replied, "you've made your point. You're cleared to dock at pad 16."   Diavae grabbed the radio. "No. I'll land where I deem necessary, thank you."   Argus approached the chair at her side with caution. "You didn't have to threaten my entire species."   "I apologize, I got a little excited," they replied. "Why are they so upset with the wayfarers?"   "Before the Eden came around, before the war, the wayfarers were basically terrorists. People died on both sides. The wounds never healed, I guess."   "It's more complicated than that," they said.   "What do you mean?"   "This is civil war. You're a species on the brink of extinction. It's more than ill advised, it's imbecilic, childish." Diavae sighed and ran their fingers through their hair. "Something else is going on, and it must be big to warrant such a blatant display of stupidity."   "Did you forget who you're talking about? We're humans. We're nearing extinction for a reason. Stupid is what we do."

"Did you forget who you're talking about? We're humans. We're nearing extinction for a reason. Stupid is what we do."

:D
— The wolf of Tales of Justice, Creator of Legends of Elohey, Star Wars: Shards, Windtracer and more!

Yes indeeeddddd argus is a little cynical, but it is a compelling argument XD thank you very much!

Wow, this is, as always, wonderfully evocative and well written! And that last line is sadly too true. Our species does a lot of stupid things! DX

Stupid, in the sense of "contrary to self-interest," isn't something unique to humans, but at least pigeons don't understand the mathematics of reward schedules. We have no such defense.

Exactly. We're stupid and we dont even have an excuse. Oof! Thanks for the love my friend!

stupid is what we do....I hate how true this is.

Me too. The real world over the past two years probably inspired this setting far to much. Thanks for the love, as always.

Every time I read some more of this I wish I could fund like a graphic novel of some kind. God it would be so cool, the visuals would be just epic, and man all of these options for character design.. though I suppose some parts would not translate very well, but still its cool to think about

A graphic novel would be awesome, and it would be fun to get the aesthetic style that way. Its definitely a fun thing to think about!

So right now I'm wondering whether the Warp liners themselves have any form of weaponry; are they civilian ships, or higher up than that?   I'm loving how perceptive Diavae is about human nature. Her wisdom and charisma stats are through the roof.

Yeah she rolled a nat 20 there didnt she lol as far as warp liners, no. They are unarmed but usually escorted by military vessels. Technically they'd be qualified as public transportation like buses or airplanes here in the real world but not privately owned.

Stupid is what we do. Hahahaaha. *cry*   I love the idea of the warp liners. Really useful and they make so much sense.

Oh! I didn't remember Argus somehow, I was almost going to start skipping these Eden articles to focus on the "main story" glad I didn't— since they're obviously part of it! And, what a fantastic closing line!