Spellcasting (psionics). The telepath can psionically manifest spells as a 10th-level wizard. Its spellcasting ability is Intelligence (save DC 15, +7 to hit with spell attacks). The telepath has the following wizard spells prepared: Cantrips (at will): blade ward, dancing lights, mage hand, shocking grasp

At will: Psionics. The telepath's innate psionic ability is Intelligence (Spell Save DC 15). It can innately manifest the following spells, requiring no components.
1/day:

Like other Typhon, Telepaths are composed of a shifting mass of black tendrils. They are amorphous in shape, with their tendrils hanging down and overlapping each other. A glowing purple-white orb in the front of the Telepath appears to serve as an eye. 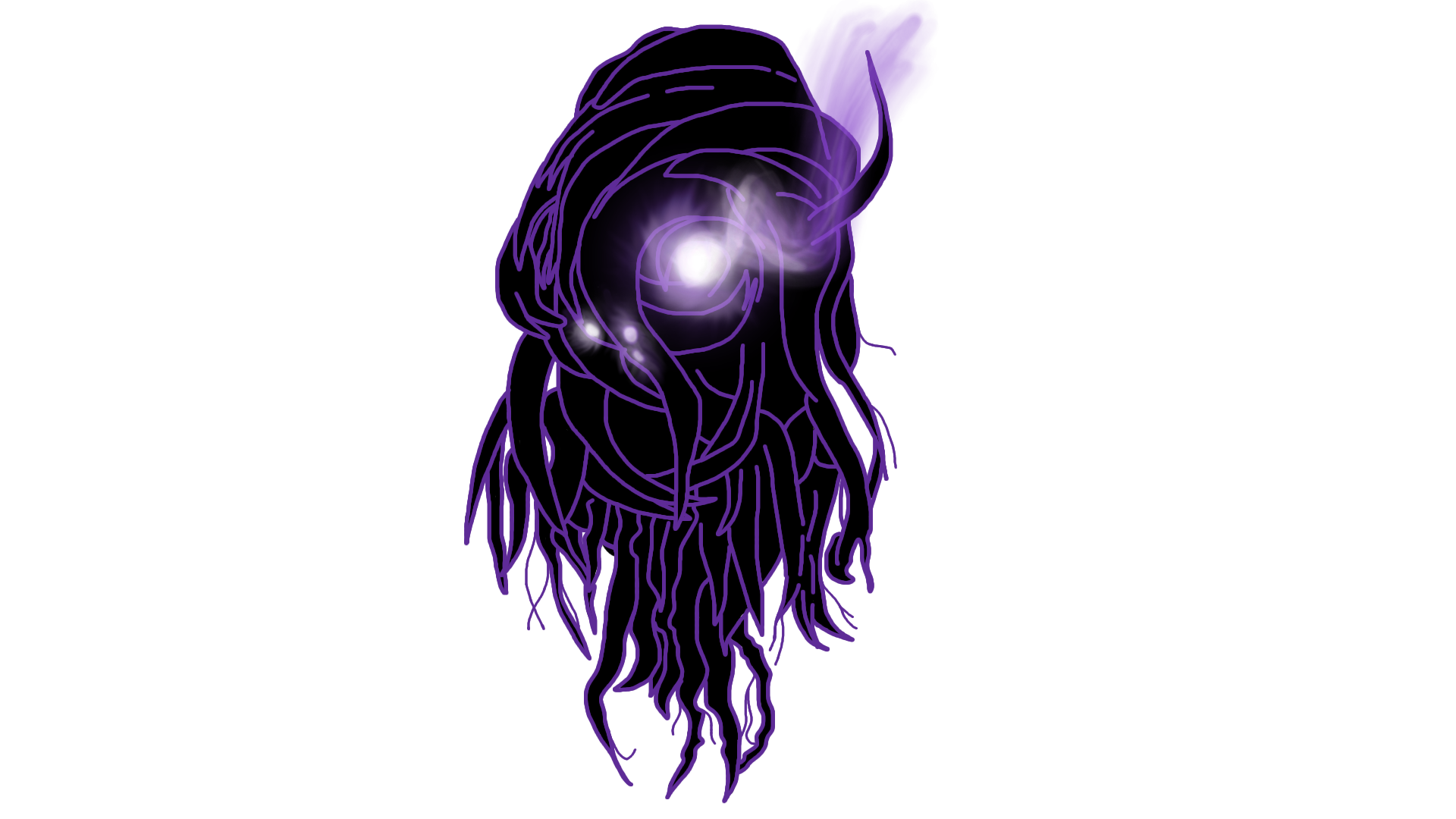