Zephir appears to most as a darkly exotic human man, wrapped in an equally exotic version of the white and blue robes of a dedicated Wind Wizard. His unplaceable accent and laid-back charisma make him easily likable, which he exploits at any opportunity.
Gender
Male
Eyes
black
Hair
black
Skin Tone/Pigmentation
light blue
Height
6'0''
Weight
165

When not magically Glamored, Zephir's natural appearance indicates his Air Genasi heritage. Due to the general distrust of people with extra-planar bloodlines, he normally appears as a dark-complected, swarthy version of himself.

In normal circumstances, Zephir hires himself out as a Wind Wizard to both legitimate and illicit seafaring vessels. Currently, he is a full fledged member of the adventuring party known as 'The Undying', christened so by the Defiled.

Granted the title of 'Undying' by Lady D'Fyll, for his services to the Defiled people. 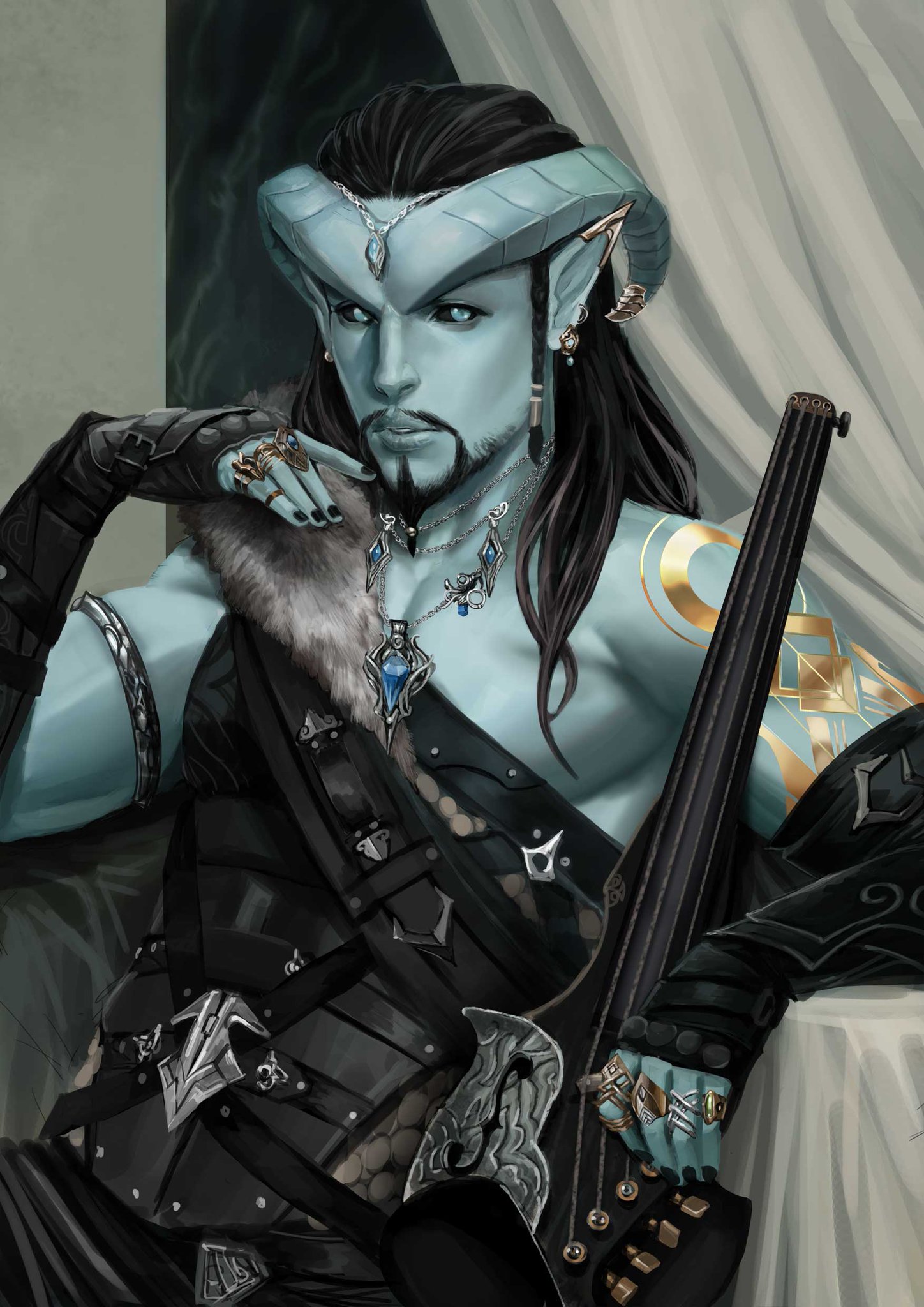 The major events and journals in Zephir's history, from the beginning to today.

The list of amazing people following the adventures of Zephir.