A software developer with strange abilities he is still exploring

A software developer with strange abilities he is still exploring

You can control machines and electronic devices at up to Distant Range. For example, you can use this Power to hack into a computer, deactivate a security camera, or remotely control a car. You can also substitute your Power rank for whatever Trait you’d normally use to operate the machine or device. You can control multiple machines at the same time, but every extra machine you control lowers your effective Power rank by 1d, and you still suffer the usual -2d penalty if you use the power to perform multiple attacks or actions in combat.

You can detect, receive, store, and transmit communications and information across whatever networks exist in your game. Your range is worldwide, or farther if it makes sense in the game world. Although you can interface with mundane communication systems, you don’t rely on infrastructure like cell towers or communication satellites. This Power works automatically, but you may have to make Technology rolls to do things like tap into secure networks or channels.

You can animate images and objects, bringing them to life until the end of the scene or until you dismiss them. Animated images step off the page, screen, wall, or surface on which you found them and grow to their actual real-world size. Animated objects, meanwhile, gain almost cartoonish flexibility that allows them to move around. Either way, your creations have the three physical Abilities (Agility, Might, and Toughness), plus whatever Powers they would reasonably possess. For example, an image of a winged dragon could be granted Blast (fire) and Fight, whether or not the image of the dragon was breathing fire or flying. In most cases, an animated being’s Trait ranks equal half your Power rank. One Trait, however, shares this Power’s rank. You can animate multiple images and objects at one time, but this lowers your effective Animation rank by 1d per extra subject. Their health is equal to one half their toughness

Your defense ranks (active and passive) are halved against electrical attacks. This is a persistent Flaw that grants you 1 extra point of Resolve at the start of every issue.

These hastily constructed items are called Gadgets. In order to create a Gadget, you need to have at least 6d Technology. You also need access to tools, materials, and facilities. Assuming you have these things, the steps to creating a Gadget are as follows.


Whether or not you succeed, creating a Gadget takes one scene that lasts about 10 minutes times the item’s complexity. Gadgets are inherently unstable and often temperamental. Roll one D6 each time you use one. When you roll less than or equal to the number of times you’ve used it, the Gadget stops working. The maximum number of Gadgets you can create per issue equals half your Intellect.

Jack came into the IT world through the back door. He started by writing documentation in the early 1990's, soon moved into testing, then system engineering/deployment, and is now a software developer. Almost all of his IT skills are self taught and from various job situations. He is one of the last of the "Code Cowboys". He moved to the Nashville area over a decade ago, and was working as a freelance consultant until his powers started to manifest.

Jack has a masters in English.

He is currently a Junior Field Agent with the Department of Homeland Security, assigned to the East Team of the Metahuman Task Force.

Jack is very analytical, and socially reserved. He tends to follow rules for guidance and develop habits to cut down on the "Mental Overhead of Existence".

Jack is not a very good shot. He barely qualified on the range for Field duty, though he does take good care of his firearm and follows all rules and guidelines.

Socially reserved. He tends to have few close friends. 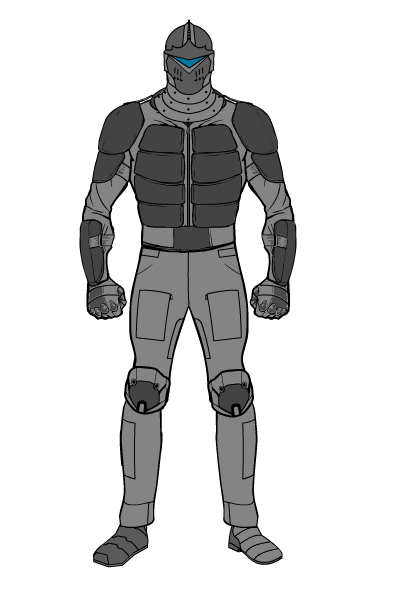 The major events and journals in Jack's history, from the beginning to today.

The list of amazing people following the adventures of Jack.