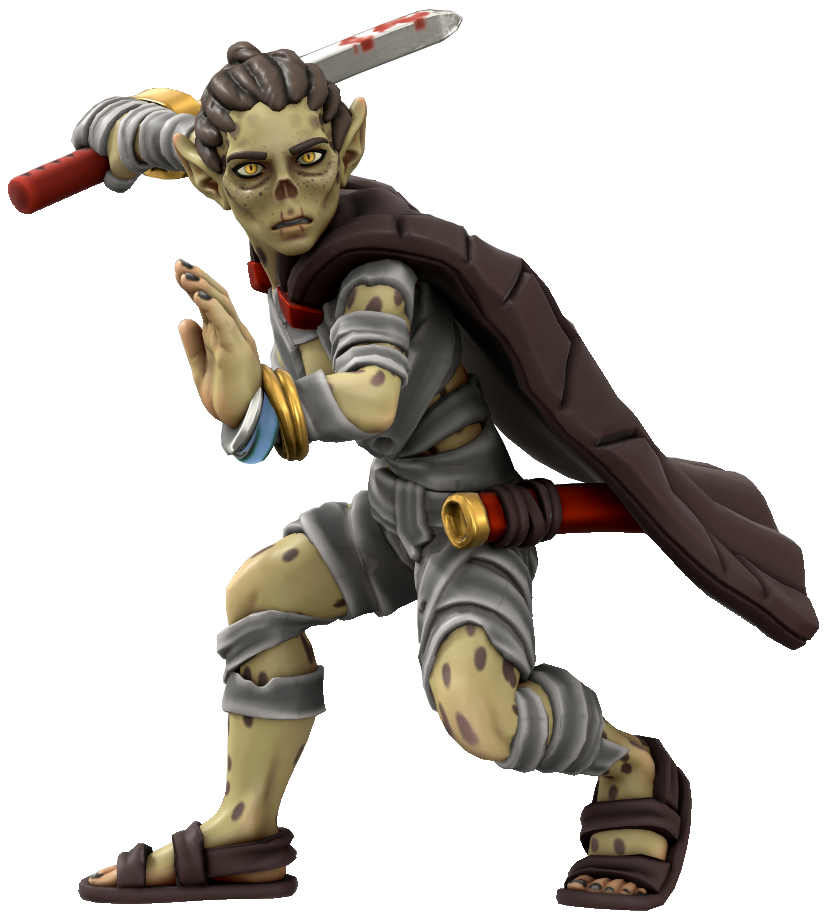 Kanela presents as a Githzerai , wearing monastic wraps, cloak, and sandals. She carries a golden wakizashi in a blood red scabbard.

Interactions with the Heroes