A diversity of life in the ruins

The Badlands are a large region of radioactive contamination in what was once the midwestern United States. The epicenter of the contamination is the southeastern corner of what was once Nebraska, where it is believed three nuclear power plants used to operate. While the area remains extremely hazardous, contrary to what might have been expected, a plethora of unique flora and fauna exist in the region, some now truly unique due to genetic mutation. People dwell in the wastes as well, some as strange as the other forms of life that surround them.

Most of the Badlands actually look quite pleasant. Much of the landscape consists of tallgrass prairie and savannah in the highlands, and dense forest and wetlands in the lowlands. Vast fields of wild grain crops, rolling hills, and big skies are the primary landscape features, especially in the Fringes. Many a settler has been tempted by its beautiful landscape.   However, the closer one gets to the epicenter of the disaster, the more one begins to realize that things are not quite...right. Vegetation becomes more scattered and sparse the closer one gets to the site of the blasts.   The geography can be divided into three regions in roughly concentric circles: 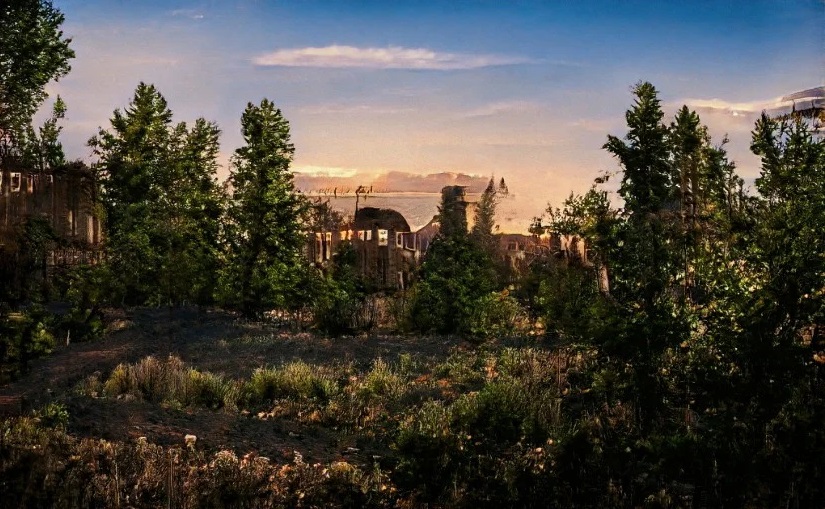 The Fringes by Diane Morrison

The outer ring of the Badlands is the most "normal" appearing region, but contamination still gets into the groundwater or soil. A few determined and hardy folk live out here, either because they prefer the lawless environment, or because they are the descendants of stubborn folk who never left. They tend to seem a bit "off" to others. A local dialect has developed over time. 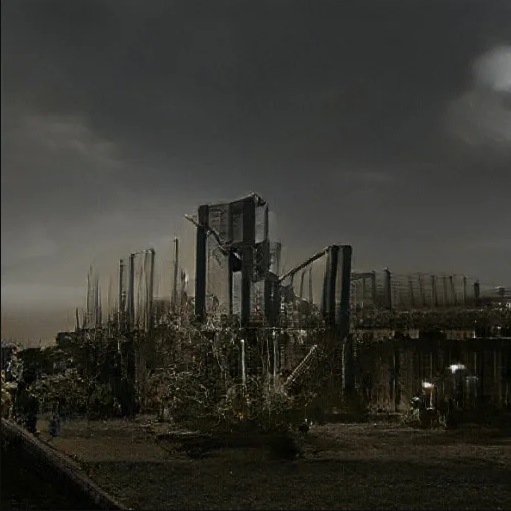 Vegetation begins to look weak and straggly in this region. Some is extremely bizarre, from an odd purple grass to stunted trees that might be as dangerous as they look. Contamination is still at high levels, and respirator masks are standard equipment. Dust storms are a lethal danger here. This region is populated mostly by roving, savage bands of raiders who prey upon the Fringers. 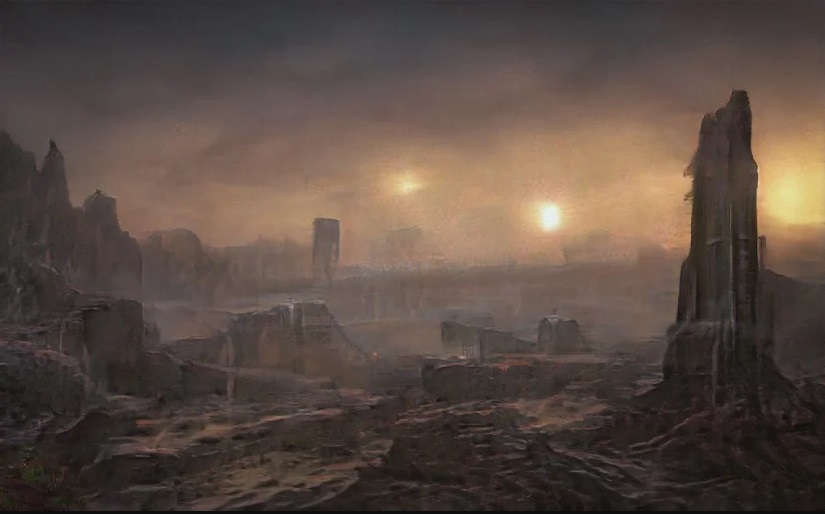 The landscape here is pure nightmare fuel. Hardscrabble wastelands and blasted plains of black glass where the reactors once stood are the dominant features. Life in this area is bizarre to say the least, suggesting an alien landscape more than any previously-known earthly environment.

Herds of wild cattle, buffalo, and wild horses roam freely over the area. Wolves, coyotes, and packs of wild dogs keep their populations managed. Wooded glades harbour deer. elk, and even some moose. Small mammals, such as racoons, beaver, weasels, and foxes are common, and there are a plethora of waterfowl. There is an incredible diversity of wildlife, and more of it than existed in the area prior to The Cataclysm.   Flora, if anything, is even more diverse. There are lush tallgrass prairies, oak savannahs, lakeshore dunes, wild grain fields, shallow and rocky soils, wetlands, and deciduous forests.   But the closer one journeys to the Deathlands, the stranger, and the sparser, life becomes. Odd mutations begin to reveal themselves, and many have started to breed true and evolve into odd new species. The most contaminated areas are barren deserts, some as empty as the surface of the moon is said to be. 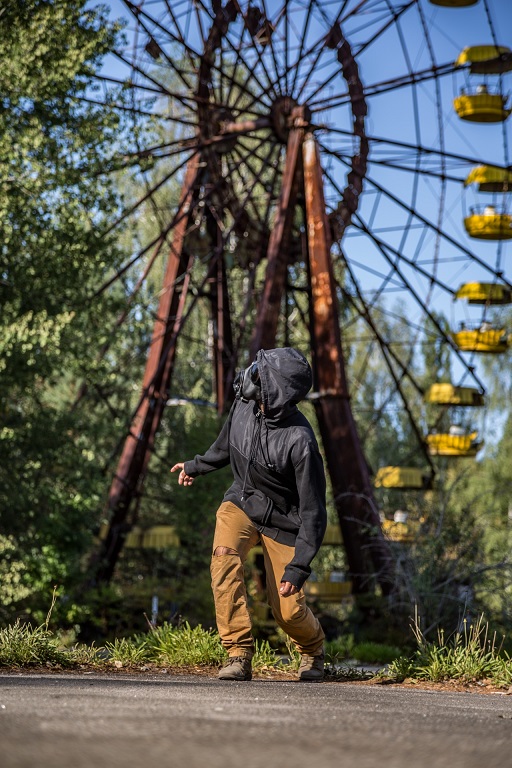 Chernobyl by Wendelin Jacober
When The Cataclysm happened, there were strange fluctuations in the way technology seemed to work, almost as if the laws of physics and metaphysics randomly shifted and changed. This had a disastrous effect on nuclear reactors around the world.   Mercifully, most of them simply ceased to function. In a few cases, the reactor cores simply disappeared. But in a few cases, there were catastrophic meltdowns.   One of the biggest disasters was when not one, but three, nuclear power plants melted down in the southeastern corner of what was once Nebraska. Fallout spread over parts of what were once Nebraska, North Dakota, Minnesota, Iowa, Kansas, and Missouri.   This was disastrous for the former United States, since a large portion of their nation's food supply was contaminated; and it was also disastrous for southern Canada, which depended in part on the American food supply. Widespread famine, which was not improved by the year of nuclear winter that followed, was devastating. Historians claim that it is likely that most of the Ancients died of hunger, not the mysterious event that caused The Cataclysm itself.   There are many other areas in the North American continent where reactors didn't explode, but they are degrading -- and leaking.

Most people believe that anyone who wants to go into the Badlands to "see the sights" is an obvious lunatic. However, there are no shortage of lunatics in the world, and the Badlands attract curiosity-seekers and determined naturalists who want to observe this unique environment up close. Some enterprising Fringers have even begun opening up rudimentary inns to accommodate such travelers, and there are many who will work as local guides for barter (and just as many who will fleece the stupid "Outlanders" of their belongings and head into the hills without so much as a fare-thee-well.) Many such casual visitors are never seen again.   The Badlands are an excellent place to hide if one wants to escape justice or persecution, so it also attracts fugitives, outlaws, misanthropes, and religious cultists looking to escape society for whatever reason. It is said that the Desperadoes have safe havens throughout the Badlands for just this reason, some of which are extensive underground complexes with advanced filtration systems -- and arsenals. 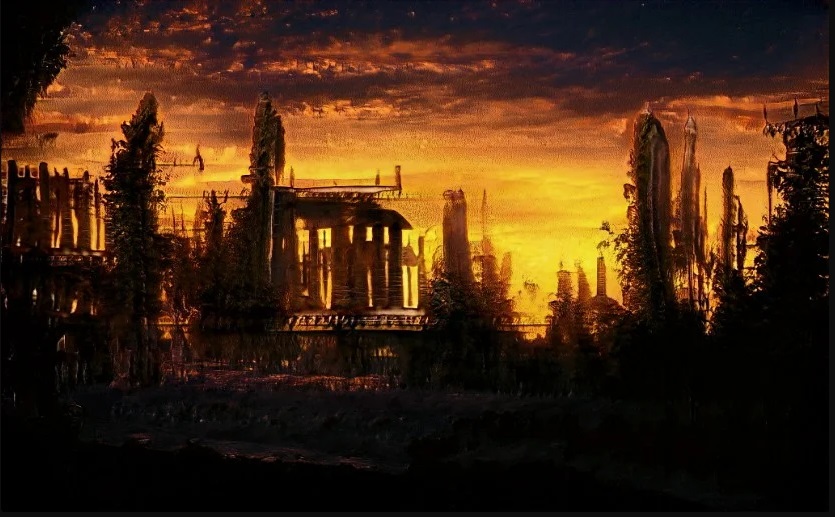 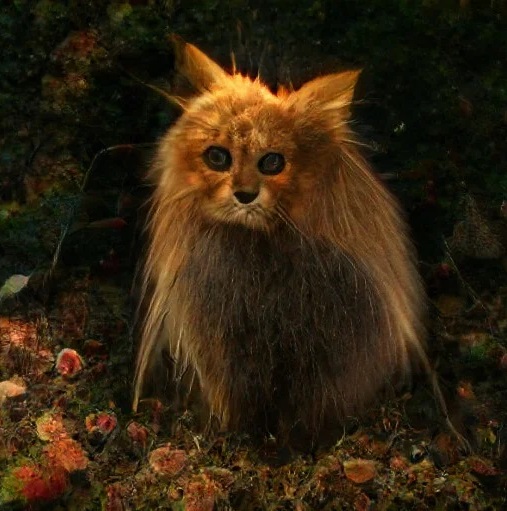 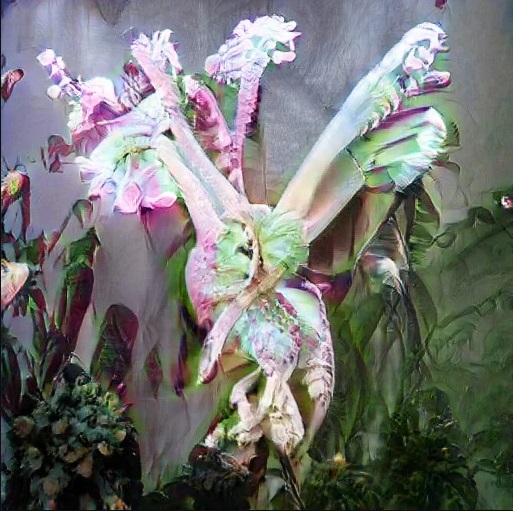 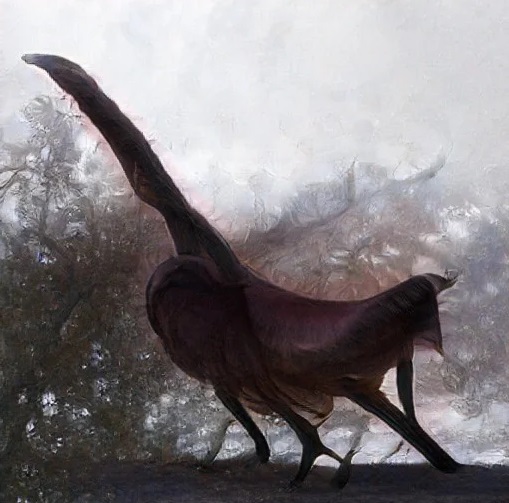 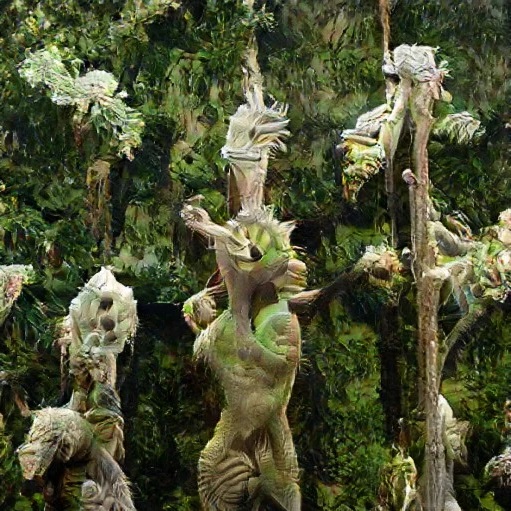 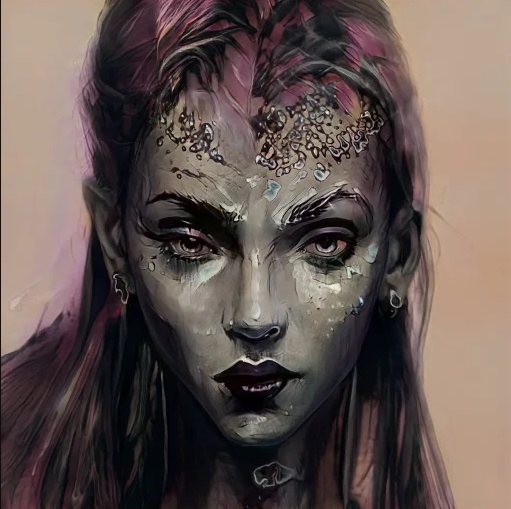 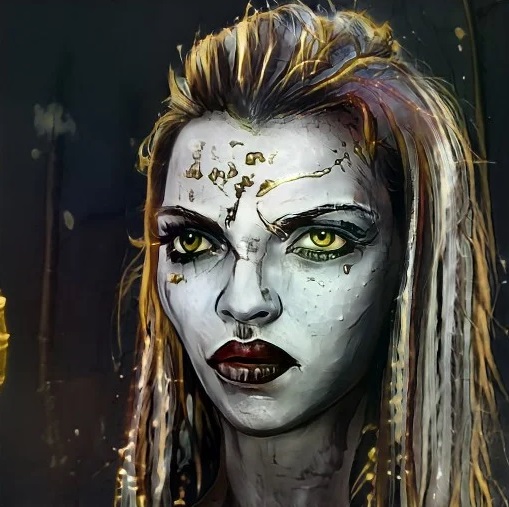 A Bullet with Your Name on it
Places
Desperado

Answering: "Describe a location in your world that is brimming with diverse or bizarre flora and fauna."
Visit SableAradia's Competition Page Check all other answers to this prompt Competition Homepage

It's like a wonderful mashup of Fallout and S.T.A.L.K.E.R. Love it! Especially the point about flora and fauna flourishing in the area. It's very reminiscent of real life Pripyat, where nature is coming back strongly.   Quite an enjoyable read!

My research on Pripyat was my primary inspiration for this article. Thanks so much, Tobias!

This is so well done. I love the mashup of ideas. Just great! I love how the farther a visitor goes into the concentric circles the more alien and sort of hinting at a 'shadow biosphere' happening in the Deathlands. Just delightful!   The sidebar photos are a really nice touch!

:D It delights me that you caught on to that... thank you for your kind words!