The Oppressed but Resolute Children of Eshain

"Before I leave, sir, I must ask," said Carhal, loading the final crate of pressed axalherbs onto his fully-stocked wagon. "Do you honestly think that any Edian trader is going to want to deal with me? My eyes are green, if'n you can't tell. I've never traveled beyond the Falas before, and I'm just as likely to offend them as gain any profit for the store."

A kindly and elderly pair of crimson Edian eyes met the young merchants' as Old Man Breas tapped the tip of his gnarled cane into the ground.

"If you're looking to avoid a bit of prejudice from the Edians, I'm sorry to say you've already failed, my lad. I'm afraid most Edians already hate Antiell for their butchery and slavery. Fortunately, as long as you don't wear Antielli banners or wave your sword around ranting about retribution and conquest, it's likely they won't care about the color of your eyes. Follow my directions and they'll point you to the right buyers. The Edian traders I know are shrewd and fair, and despite the violence on the border, they rely on imports from outside the country to survive."

"Survive, sir?" Carhal asked, folding his arms. "How do axalherbs and stagberries help them survive exactly?"

"Now you're pulling my leg. Not even you can believe that old tale."

"And why shouldn't I?" Breas said, indignant. "My eyes are red for a reason, you know. The only reason you think it's a myth is because my people want you to think that. Even many Edians doubt it exists. But it does. My ancestors drank from the Mahwiel, and my eyes are proof. Magick flows out of the ground freely in that sacred place, drawing its power from the very earth and leaving very little else to sustain plantlife. Few crops grow strong in Edia's rocky soil. They say the first settlers to Edia might well have starved if it wasn't for the Ashanti trading them bighorns and triti from down south."

"I tell you this because I trust you. This is not for your friends' ears at the tavern. And don't you go speaking a word about the Mahwiel when you cross the border, either, especially in Aurion. If the wrong people hear you, you might not come back to Olvaren with a tongue in your mouth."

"If it's as hidden and mysterious as you say," Carhal asked. "How are you so sure it exists?"

"If you return in one piece," Breas said, a glint returning to his bright red eyes. "I might tell you." 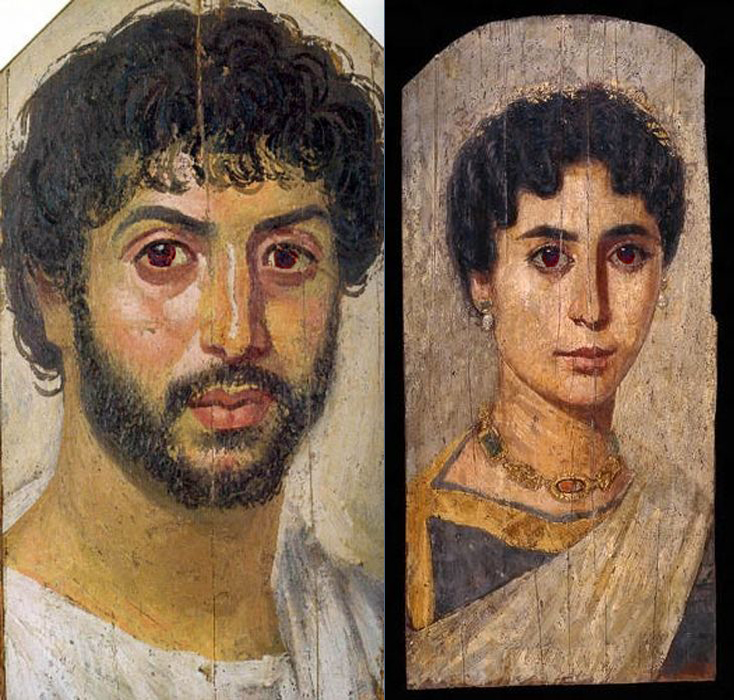 Originally hailing from the same continent as the Antielli (namely Eshain), Edians don't have a unique language to call their own. Depending on who you speak with, you'll hear Edians speak either Antielli Eshaini or Edani Clanspeak. You may hear Edian mothers chastising their children for speaking like an Antielli, however, and there has been a cultural shift towards Edani dialects since the two nations became closer socially.

Edia and Antiell were formed at about the same time, but many centuries have passed since separating from the Eshain. One of the major cultural inheritances left to future Edian generations has been safeguarding the secret of the Mahwiel, supposedly one of three sources of natural magickal overflow in the world (the other two being the Everspring in Ashant, which is known of by the Antielli, and the Pool of the Ashen Priestess in Preii Valu, which is now thought lost). It is rumored that the red waters of the Mahwiel gave the early settlers of Edia access to powerful magick and bestowed upon them "the Sight of Okazu", or the crimson red irises that are unique to their race. Whether they gained a special ability to see the physical or spiritual world in a manner different than other humils is a matter of debate.   Due to undeniable evidence of a west-to-east flow of magick by scholars at the Everspring Academy, as well as irrepressible rumors surrounding its existence, discovering the location of the Mahwiel has become a great priority to Antielli military authorities.   The Mahwiel
When Eshain settlers made the long voyage across the Great Ocean in 234 A.L., they found themselves in an arid wasteland almost devoid of vegetation. When their crops failed to grow, scouts attempted to seek out the source of the lifelessness. What they discovered changed their society forever: a wellspring deep underground, like the Pool of the Ashen Priestess in scripture. But this Wellspring did not grant life like the Pool or the Everspring. Instead of a magickal outflow, the Mahwiel (named after the Eshain word for "reverse") is a magickal intake that siphons animis from the surrounding lands into itself. This has a great negative effect on the flora and fauna of the nation that would become Edia, causing most of the far-western territory to become a barren wasteland but leaving the wellspring as an immensely powerful basin of animis.   The aether of the expansive well has few negative effects on humils except for one peculiar ability: in most who partake, memories are altered that cause the imbiber to forget their experiences of visiting the Mahwiel (as well as the knowledge that it even exists).
State Secrecy of the Mahwiel
Because of strong amnestic enchantments that emanate from the magickal wellspring, preserving knowledge of the existence of the Mahwiel is reserved only for persons of specific quality and purpose by a select group of priests (such priests are called to their positions because of their resistance to the Mahwiel's memory-altering qualities). Whether even select members of the royal family are permitted to remember their experiences at the wellspring is unknown.   Needless to say, the Mahwiel's existence is doubted publicly by all members of the royal family and any government officials who want to preserve their place in Edian society.
The Mahwiel Ceremony
According to rumor (and Edian scriptural record concealed from the public), Tiathys appeared to the early Edians and gifted this unique wellspring to their future generations in exchange for the performance of a unique consecration ceremony that She would teach them. They accepted, and dedicated the land of Edia to the Goddess.   In this ceremony, all settlers who would become Edians drank of the magickal aether of the wellspring, causing their eyes to reflect the deep red color of the Mahwiel. Unfortunately for Edia's history, drinking of the Mahwiel caused almost all who joined the ceremony to forget its purpose. Those that didn't escorted the forgetful back to their homes and presumably became the first Mahwiel priests. The true purpose of the ceremony has either been completely forgotten or carefully hidden.
Edians did not intend to become a slave race, but many thousands have been sold as such on the Antielli market. Free Edians who willingly live in Antiell do so knowing that headhunters could choose to come after them at any time and as such often bear any persecution with a perceived meekness. Those brave enough to defy the practice of Edian slavery do what they can for their enslaved brothers and sisters, at times clothing and feeding them, sometimes purchasing and freeing them from their Antielli masters, and sometimes even smuggling slaves out of Antiell and back to Edia altogether.

Edia and Antiell share a similar tale of the "Gahalijani" (the old Eshain word for "healer") who will rise from the East and purify the world of all corruption. Traditional Edian imagery of this figure show him (or her, the ancient language is unclear) as a harbinger of fire, brandishing fists of light and flame that make him (or her) invincible to all foes. With the appearance of the Wound and the disappearance of the Eshain Ka people, the myth has lost its effectiveness in the past two centuries as merely a piece of Eshain Ka wartime propaganda. One piece of the myth that is unique to Edia is the assertion that the "Gahalijani" will somehow originate from Aurion. Whether this is Edian propaganda itself or part of the original legend remains to be seen. 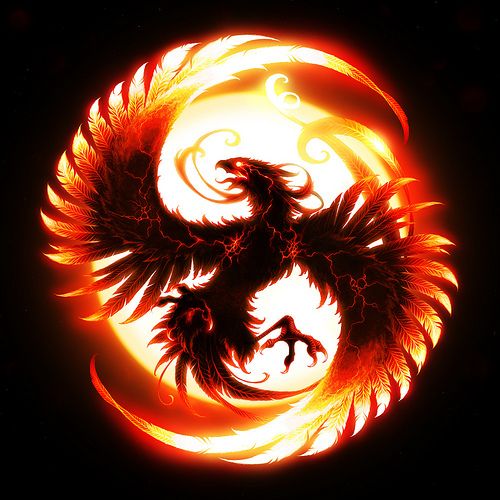 Phoenix No. 2 by Ryan McCurdy

Men are often expected to grow longer hair and facial hair, although shaved heads and faces aren't taboo. Traditional Edian clothing consists of loose robes slung over the shoulder and draped to the knees; despite the antagonism between the two cultures, Antielli and Ashtani fashions have snuck into the spotlight, with finely pressed cotton tunics and leather slacks and spats. Women don't often wear as much makeup as Antielli women, but depending on their status, wear finely crafted jewelry and colorful ayvasilk fabrics in public.

Edian men value self-sufficiency, family loyalty, and independence beyond almost anything else, and men that don't have the physical means, the mental ability, or the will to provide for themselves or their families are at best ignored and at worst ostracized -- this has led to the formation of many 'rat dens' on the outskirts of Aurion and major villages filled with the elderly and the invalid who have no coin in their pockets or useful skills to offer.   While not always so, women have been held to a similar standard since the War as threat of invasion from Antiell has greatly reduced the male population. Recent reforms in Edian law have allowed girls access to education in trades, and while Edian women are still expected to fulfill more traditional roles as homemakers and matriarchs, the past century has proved that times and traditions are changing. Ironically so, Eshain scriptural history of great female lawmakers and warrior women that was once outside of the public's attention has suddenly become quite popular.

Edian courtship is very similar to Eshain courtship, at least as it was practiced before the Wound: the heads of families (matriarchs and patriarchs both) would make social or economic connections with other families and invite each other to fêtes where the young men and women were expected to mingle amongst each other. Sometimes the children's feelings would be considered, but the convenience of approximate age often trumped feelings of affection. Royal families, in particular, would plan the marriages of their sons and daughters wholesale, matching a son to the other family's daughter, and a daughter to the other family's son. It wouldn't be uncommon to see large families with matching pairs of engagements all get married together on the same joy-filled day.

Edian couples intertwine their family names together at marriage to create new names, and it's become an almost sacred practice for the matriarchs of the engaged couple to debate the creation of the new name. Mixed marriages with Edani and Antielli families have made Edian names unpredictable and, at times, hard to pronounce.

One such royal example was Saiaakaalbailinccia, given to the soon-to-be-wed Temel Saibancci (Prince of Aurion) and Ayda Akalindia (daughter of the Chief Priest of Alefu) in 116 A.R. While most common families use only a few syllables of their names to produce a name that is easy to pronounce, in very few instances are the names of royalty and noble engagements reduced in size, lest either family think their name is considered less important.

Families are invaluable in Edia, especially since the Antielli invasion. Social pressure from strict royal laws and ecclesiastical teaching has made divorce practically impossible and infidelity socially suicidal. Men are expected to treat their wives with kindness and provide for them financially, and women are expected to guide their families with a gentle hand. A common comparison to the proper marriage is to the humble sailboat: the man catches the fortuitous breeze of opportunity as the sail, and the woman guides the vessel and its passengers (her children) to success as the rudder. After all, one without the other makes the boat float uselessly on the dark seas of fate.