Adamant is a unique mineral that is found in only certain delves in the world. Its tensile strength is great, so much so that it can be drawn out to the thinness of a spider's web and still retain its near indestructible properties. Adamant is incredibly dense but surprisingly malleable. It is also an especially hard substance. Adamant is needed to scratch an adamant surface. It is also an especially rare mineral; used by wealthy nations to show off wealth or strength. Adventurers who obtain weapons made of adamant are the most successful sort. Adamant is a symbol of both prestige and genuine strength. The Gates of Yul-barad, the premier gates of the One-mansion of the Blue Dwarrow, was lacquered in a layer of adamant prior to its fall and subsequent scraping and looting. The Bronze Gates of Pokhrazad are of solid adamant. The Seven Pillars that guard the Emperor's palace in Juraedon are pillars of adamant. The Nelqorana were known to have high poles made of adamant meant to bear their lofty standards high towards the sky. Most famous of adamant's uses is in the building of the walls of Rhûn, which has, beneath it, one of the largest deposits of adamant in the western hemisphere.

One needs extremely specialized, often Dwarrow, tools to make any use of adamant. Magic of some sort is almost a requirement for a human forgery aiming to make use of adamant.

As of now, it seems that all deposits of adamant lay in the northern empire.

Adamant's color depends on the delve from which it was mined. The sintering process on unrefined adamant has not been noted to affect adamant coloration. Rhûn's adamant has a rich blue hue. The adamant found in the Hile Dwarf Lands has a bronze-like hue, and its color has an iridescent quality in the moonlight. The adamant of the Nelqorana was a pallid white. White is the color that adamant most commonly appears as and is the color most people think of when the word 'adamant' is spoken. Adamant is also called the Glass Metal, as, when stretched, it is nearly transparent and has a sheen like glass. An equally popular name is White Glass due to the popularisation of Nelqorana adamant. It is suspected that the color also indicates certain properties of the adamant, although nothing is certain. What unites adamant, though, is its singularly tough qualities and its ability to be stretched without losing these qualities. Coloration, while it may indicate small differences between different sorts of adamant, does not indicate an entirely different sort of mineral.

Adamant, found naturally, often comes in the form of a powder deposit that needs to be carefully collected and sintered at high temperatures. Often this process of refinement is wasteful, and much of the adamant that comes out of this process can be unpure and very brittle. Dwarrow craftsmen are the greatest experts in these affairs. After the sintering, a malleable, useable form of adamant is created. The processes afterward to make use of the adamant are varied according to the creator's wishes for the adamant in his designs. 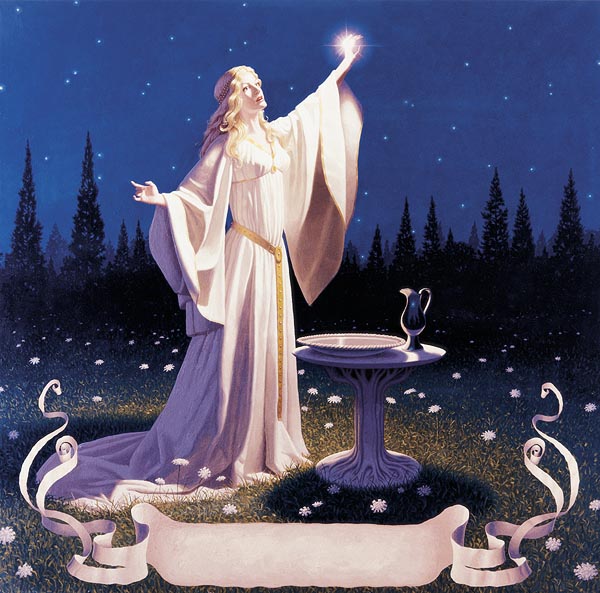