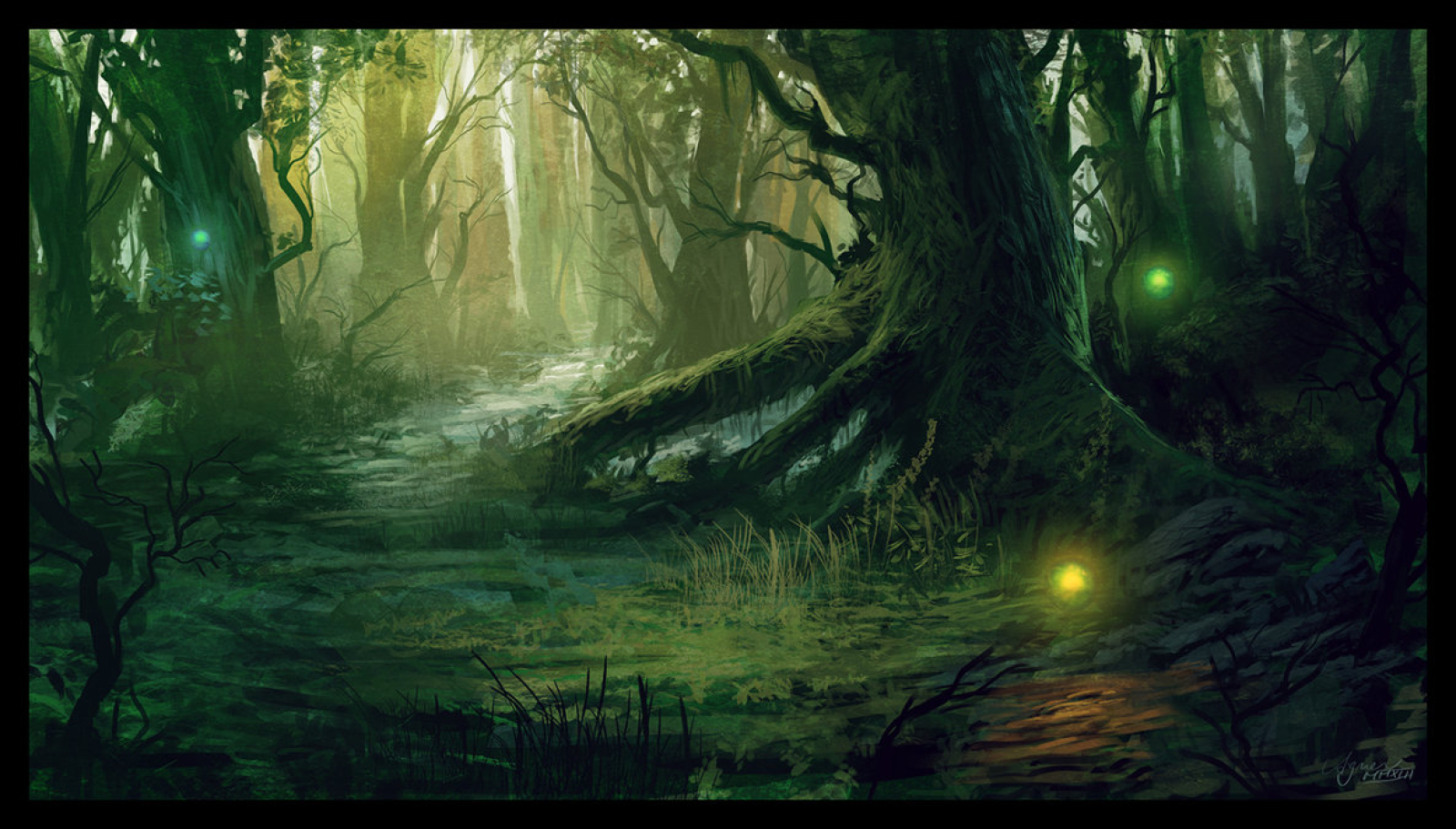 The Elves were thriving on Theron, peace and prosperity reigned supreme. However, all of their beliefs and peaceful world were about to be tipped upside down.   Somewhere in the year 2300, on an average day in Telduria, there was a fluctuation of magic in the forests of Ool. The Elves sensed this naturally and quickly made haste towards this energy. Arriving deep into the forest, a band of Elves along with a Seer got there first. They investigated the site to find nothing other than a clearing, one not naturally made. The trees were ripped from the stumps, scattered over the nearby forest. Though the source could not be found...   Soon enough, another fluctuation as a purple orb begun to grow from thin air, energy crackling around it as the groups backed off. The Elves watched for now, sealing spells ready if needed. As the sphere grew larger and larger, the energy begun to settle and calm. It grew to two metres in diameter before a face appeared inside. The startled Elves retreated to cover and watched.   The face clears its throat, covering its mouth as it does so. The Elves continue to watch, ready to fight if need be.   "Greetings from Earth." the voice spoke, a croaky and frail voice which matches the face of the older man in the sphere. "Come, speak to us, we come in peace."   The Elves slowly slinked out of the shadows and approached the orb, staring with awe at this newfound magic. The seer decided to speak up, during this time more and more Elves arrived to witness the spectacle. "Ya naa lle" he replied, the old man in the sphere raising an eyebrow in confusion as he turns around, whispering to some unknown entities.   The older man did not reply to the Seer's question, instead reciting an incantation. The Elves quickly backed off to the cover of trees as he did so, their faces also shocked with surprise as they knew it was magic he wielded, their gift from Theron. Then suddenly the old man spoke again. "Can you understand me now?" - this time however, he spoke in Elvish. The numerous Elves gasped simultaneously as the Seer stepped up and replied. "Who are you and what is your purpose." there was a hint of disgust in his voice as their language and magic had been so barbarically copied.   "I am Harold, from the Planet Earth. We have intercepted that your planet is where all magic emanates from, is that correct?" though the question was met with silence, the Elves frozen with confusion. Most of their beliefs had been shattered by the sign of other life, one not from Theron and along with their use of magic and language, it truly was a troubling moment. Though the Seer stepped up once again to reply, this time the crowd of Elves at 100+.   "We do not know what you mean by your question, answer me, what is your purpose." he raises his voice nearer the end, clutching onto the intricately designed wooden staff tightly. The old man responded, "Straight to business I see, very well then. We are here to start communications and a relation with your people." the Seer looked around at the other Elves, most of them confused he sighed deeply and rubbed his temple. "Our people have much to discuss before-" he is quickly cut off by the man in the sphere. "Do not worry, we will contact you again within two weeks to continue the discussion." with that and a quick nod from the gentleman, the sphere begun to fizz as the image disappeared and it shrunk and shrunk into nothingness.   The Elves were left to talk to themselves, 100's had gathered to witness such an event and now Theron would never be the same.