Dimitris Valereon is a man who stands apart from the company of his peers in many ways. In a city plagued by shadow and strife, even the most noble of men is a scoundrel by any reckoning. Dimitris breaks from this norm and stands as a beacon of hope amid the tides of darkness. His noble character and generous spirit makes him a man whom others aspire to emulate, even though their own strength of will finds them severely lacking when pressed to the bulkhead in their own journey.

Dimitris stood upon the forecastle of the Sea Wolf, his keen eye scanning the horizon as the ship crested the waves. One hand held tight to the rigging, while the other grasped the hilt of his saber. His red greatcoat fluttered about him like his own personal sail, and it seemed the entirety of the vessel was driven by the force of his will rather than the gust of the wind.

The Battle of Bleakstone Bay 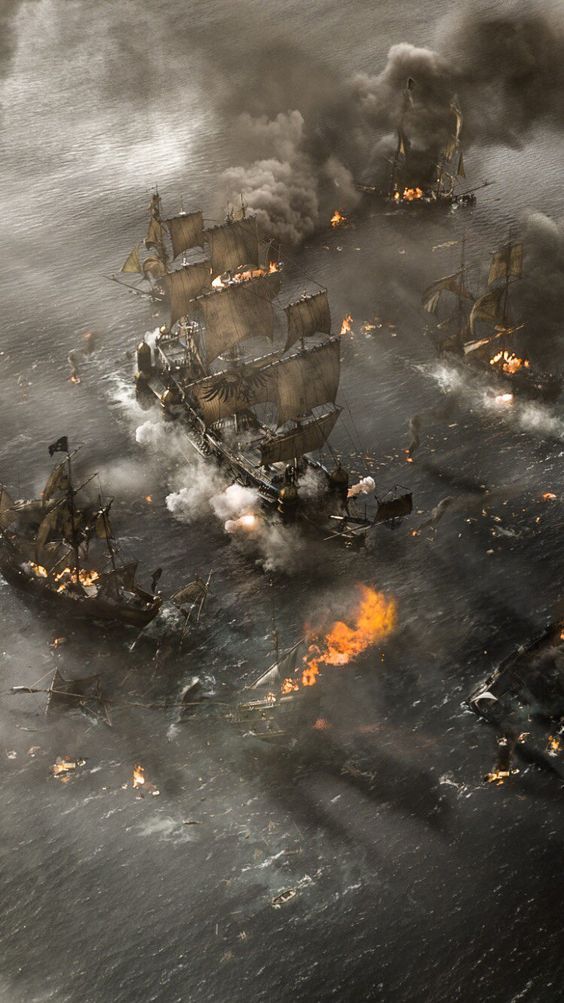 Dimitris had long been regarded as a leader among men, respected by many despite his role as the captain of a pirate ship. He was always a fair man, both to his crew and his prey. This admiration held by the man was to pay off in ways unexpected by any the day the raiders sailed south from the kingdom of Borska. The day the sails were spotted upon the horizon, Dimitris did not hesitate to leap to action.   Rallying not only his own crew, but the captains of over a dozen pirate ships, he formed an impromptu armada and met the raiding fleet in the waters of Bleakstone Bay. The assembled fleet of pirate ships sailed to meet the enemy, and the two forces clashed in a torrent of iron and fire. Many men on both sides died in the battle, but in the end the forces defending Seahaven were victorious.   They say that day the Sea Wolf sank six ships herself. Dimitris sailed the ponderous vessel directly into the coming enemy, standing proud on the fore deck and shouting encouragement to his crew. With a pistol in each hand as the Borskan ships drew within range, he is said to have killed the warlord leading the raid with an impossible shot.

Well, we weren't going to let the bloody northmen steal the wealth of Seahaven. That's ours to steal!Captain Jameson of the Bloody Wench 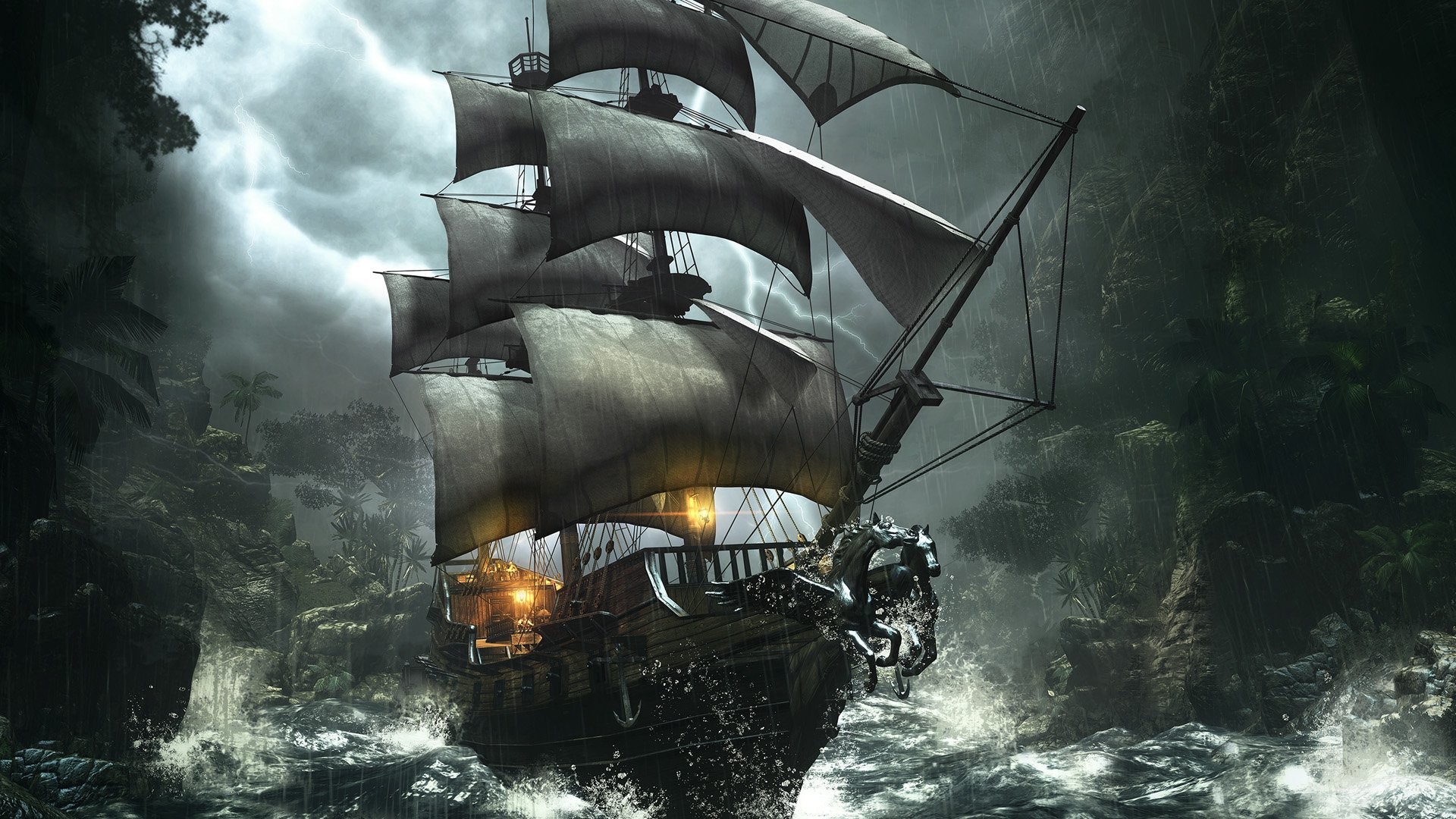 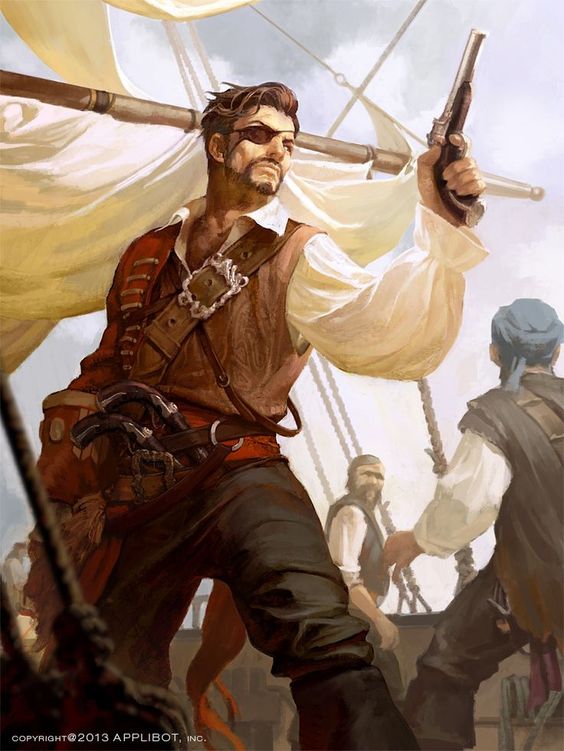 
Dimitris Valereon is a product of his parentage, just as many others are in the wide world. His perfectly quaffed hair and neatly trimmed beard alone would be enough to make him stand apart from the gruff and grizzled denizens of the city on the sea, but there is much more to the man than simple aesthetic charms. What sets him apart is that he has not let the waves of bitterness born out of the city of Seahaven erode the constitution of his character. He is a polite man, always with a kind word for those in his employ or a suave gesture when in the presence of a lady.
Even when his family's business fell to ruin, Dimitris would not let his spirit be crushed. As the creditors swarmed to secure his family holdings, he lept aboard one of their trade ships and rallied the crew about him. "They cannot take our heart, and our heart belongs to this ship!" he cried. The sails were lowered even before the moorings were undone, and the Pegasus slipped from the wharves of Seahaven before she could be taken by the greed and gluttony of the city.
From that day on, Dimitris set about to rebalance the scales of fortune. He would prey upon only the fattest ships; relieving them of their excess wealth and making sure to spread it among his crew fairly, who then spread it among the people of Seahaven (mostly by the way of spending it in the taverns.)

Nice article! :) When was the battle of Bleakstone bay?

Thanks! I still need to figure that out. The big question is did it happen before the books I've already written or will it happen during the upcoming releases? :D