At 15:45 on Oct 9, 2577, Nash Xander Korpes made his entrance into the world. Pari, his mother, unexpectedly went into hard labor at 15:37 while at work at Astel's main power plant and after 8 minutes, delivered her son scant meters from the main pile. Nash never met his father, Wyl, who was deployed to the front 6 months before he was born. Korlune Military listed Wyl as dead two years later.
Nash and his sister, Diani, were raised by their mother and paternal grandmother (Amma), Suna, in the family's ancestral apartment. Pari's income and Suna's pension kept them in relative comfort throughout Nash's childhood.
2582, Nash was five when he went through the first KMR&D aptitude test (Prodigy Program) and genetic screening, and it was determined that he was an anomaly in both areas. His test scores indicated he had a rare type of photographic memory, but the KMR&D team was more excited by the fact he was a Tyran throwback. Doctor Selwyn Maro made a special trip to Astel to meet the young prodigy, the family, and to discuss the benefits of allowing KMR&D to take over to Nash's immediate care and education. After careful consideration, Pari declined the offer.

"At this stage of his life he needs his family more than anything KMR&D can offer. Once he's old enough to know his own mind, he can decide what shape his future will take."

2584: The main reactor suffered a limited breach. Although the staff managed to prevent a meltdown, radioactive vapor escaped into the dome and took 2 years to fully purge from the atmosphere. Over half the adult population suffered some type of lung and sinus damage, but the hardest hit were the children. Astel lost 30% of its population under 10. Nash and Diani were both ill, but survived. KMR&D later determined that those who survived had a specific Tyran genetic marker.
2589: Astel's Tellium mine shut down and 50,000 people lost their jobs in the span of weeks. Most of the industrial workers were able to relocate to other Diaspora with viable mines, but many service industry jobs, stores, and other small businesses that serve a healthy community were no longer viable. By the end of the year, the Trade Guild removed Astel's active trade status, and forced their Canton to begin negotiating with other Diaspora for basic supplies. Fortunately Kairoe, the closest Diasporan city, was amenable to barter, and new industries sprang up from their exchanges. Non-conscript 'Burn Crew duty' along the advancing edge of the Seep was also an alternative for those without work. Though the risks weren't reflected in the pay, to most it was more honorable than becoming M'Kang.
Just after his 12th birthday, a solitary KMR&D Prodigy Program representative approached Nash, this time while he was at school. There were no tests, just friendly conversation. They met several more times over the following months, speaking at length about what was happening in Astel, and Nash's concerns about his family's future. The recruiter was sympathetic and explained how KMR&D could help all of them if he agreed to join up. In the end, Nash had a list of concessions that had to be met before he'd sign. The rep sent the amended contract to KMR&D headquarters and within the hour had the response. "All points accepted." Pari and Suna were furious that the recruiter had circumvented normal procedures and more so that Nash hadn't told them what was happening, but in the end Pari allowed him to make his own decision.
2590: The morning he turned 13, he signed the forms and was sent to Teslem Station to begin his training.

Although his clothes are worn, they are clean and neatly mended (he does it by hand). He showers regularly, but only shaves when he remembers or has a date. Regardless of how much he tortured his hair with a comb and product, its gravity-defying style always won in the end. Now that he can just let it grow, he keeps it clean, but doesn't bother with anything more complicated than a ponytail to keep the longer bits contained.

Diani is only 258 days older than her brother Nash, and aside from typical sibling bickering, they have a close relationship. She became fiercely protective of her brother after she accidentally almost killed him.

Both have their dads Tyran green eyes.
'Click' was a language they invented between themselves.
Both have a love of reading, history, archival vids, music, mechanical toys, puzzles, and homemade polonu soup.
They were best friends until they were 13.

When they were 8, Diani convinced Nash to help steal a skiff and visit Kairoe (Diaspora 14) to the North of Astel. They were nearly killed when a military train was diverted to the tunnel they were using. With no room to pull off they arced the skiff up the curved wall and latched onto the disused top rail along the roof of the tunnel. They hung upside down for 5 minutes until the train had passed.
They still went to Kairoe.
Although they were caught when they brought the skiff back, they never told anyone about their near miss.
This close-call did not dissuade them from stealing more skiffs.

They were introduced via the Diasporan "Pairing Protocol" and their relationship had only just begun to blossom before they were separated.

The relationship was never formalized. 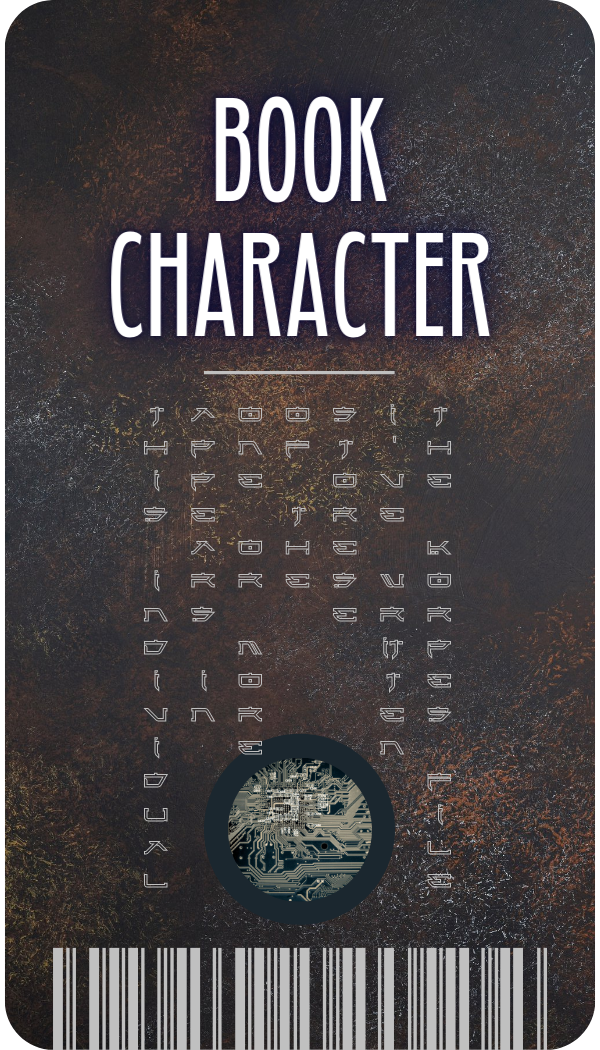 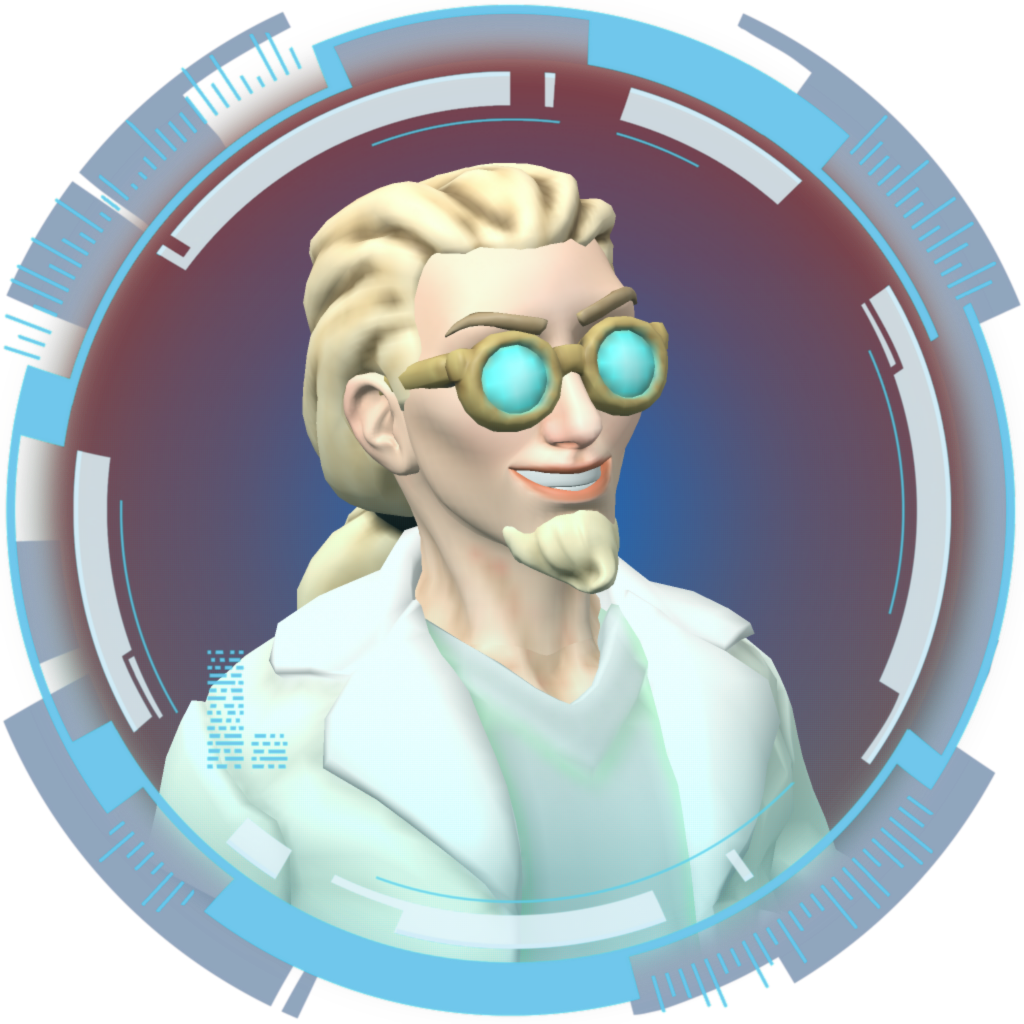 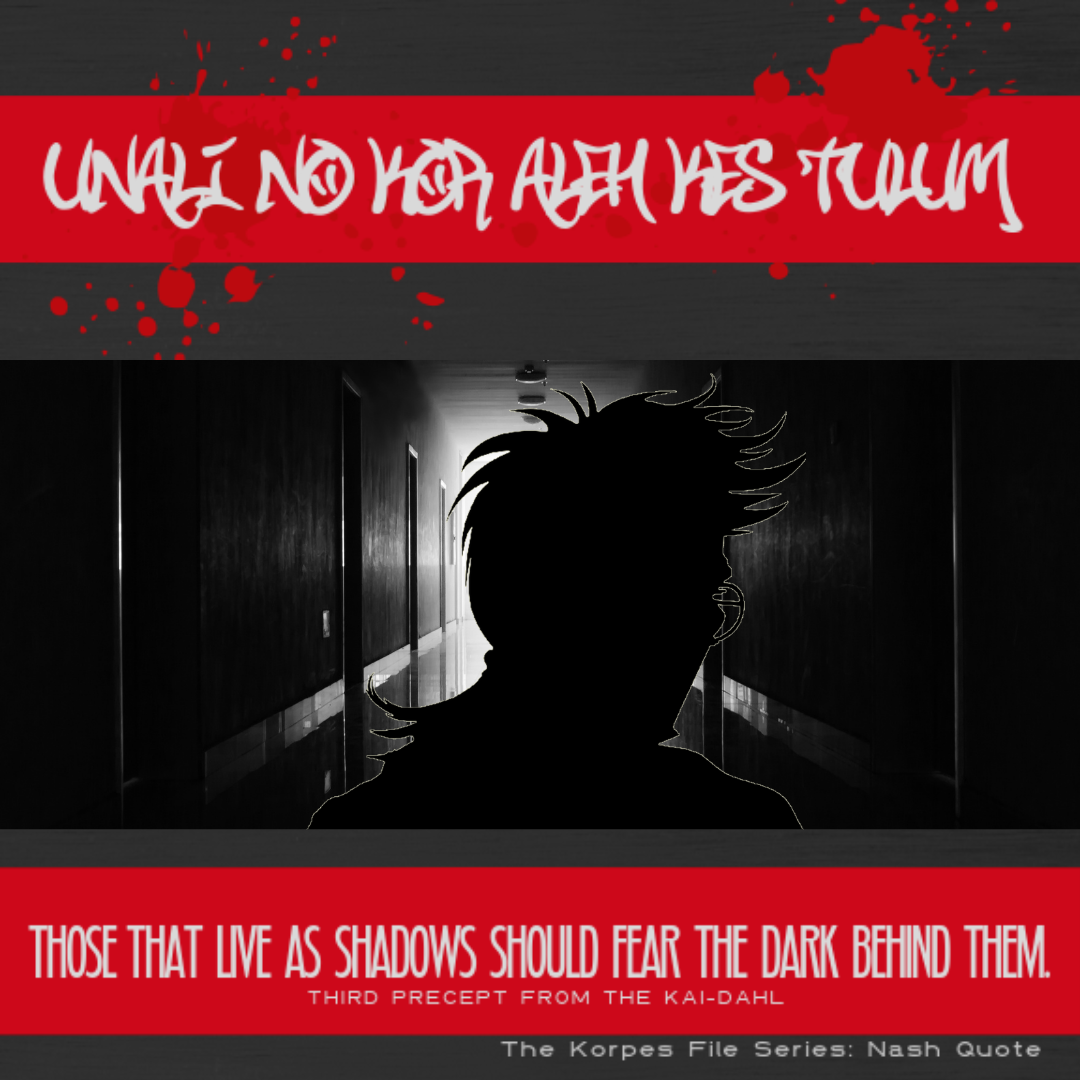 by J. I. Rogers
Known Languages

Fluent in Korlo, Astelang, and Ankor. Has proficiency in reading Ancient Tyr, Ancient Birlo. Fluent in all coding languages. 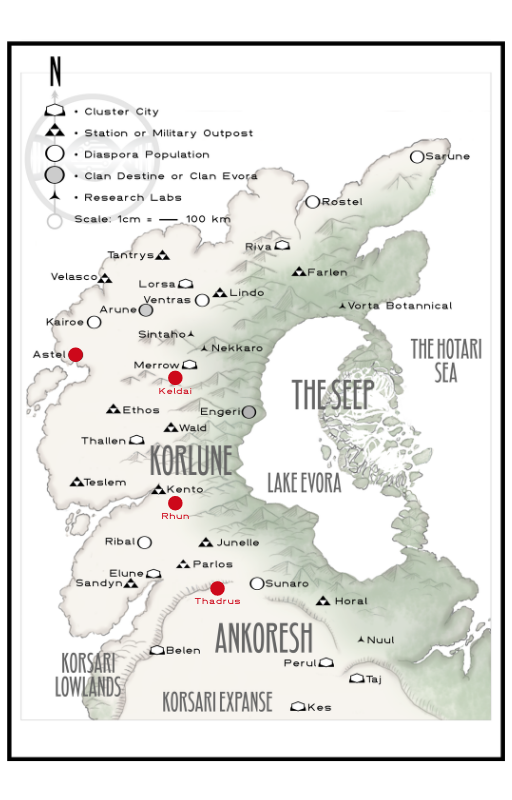 The Korpes Family Migration by J. I. Rogers 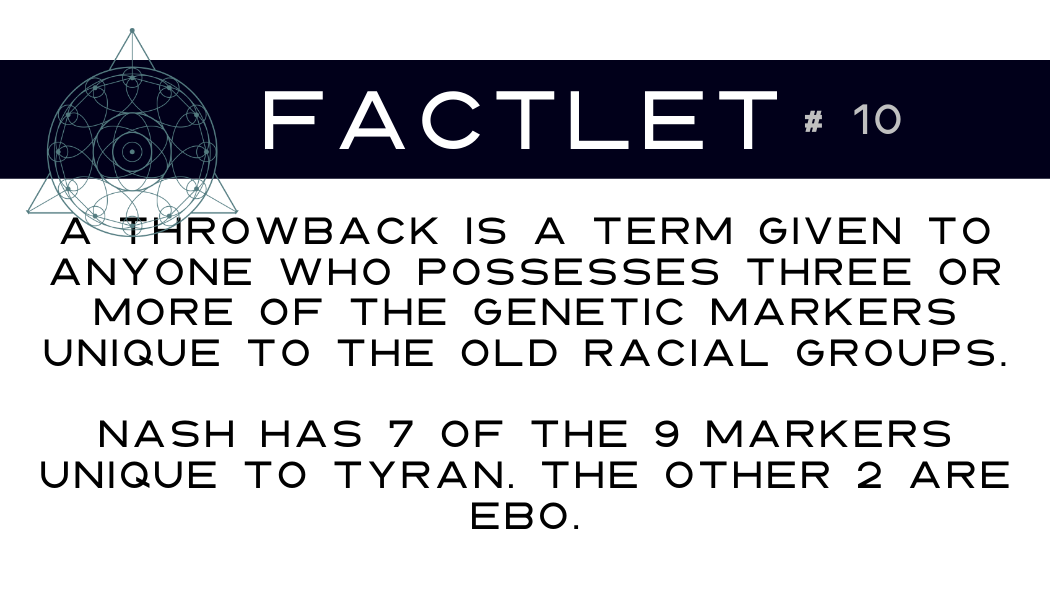