Childhood:
Wyl's mother, Suna, went into labor at 17:34 while she and Grig were attending a concert. The contractions were so painful that Grig, a sergeant with the local militia, commandeered one of the seven private vehicles in Astel and had the flustered owner drive them to the hospital. Wyl Xander Korpes was born at 21:21 11, 24, 2553, but he wasn't breathing. The attending Med-Tech resuscitated him a minute after his heart stopped beating. While there were concerns about lasting brain damage, Wyl miraculously suffered no lasting effects.
2558: Wyl was five when he went through the KMR&D aptitude test (Prodigy Program) and genetic screening, and it was determined that while he was well above average in intelligence and had talents that lent themselves toward more artistic expression. Although he had three of the nine Tyran Markers (enough to qualify as a Throwback), KMR&D chose not to recruit him.
2566: As was (and still is) the custom, Wyl joined the other 13 year-olds and spent the compulsory two years in basic training. Though he tried, he was ill-suited for the military: he was a lousy shot and inclined to vomit at the sight of blood. Thankfully, those in command decided he best suited to a support role, and he was trained to fly overland transports. It was a job that transitioned well into civilian life.
2570: At 17, Wyl was introduced to the 20-year-old Pari Stayne via the Pairing Protocol, and after a whirlwind courtship, proposed.
2577: After several years of fertility issues, he and Pari had their first child, daughter Diani. When the border conflict with Ankoresh sparked anew and Astel's military reserves were called up, rumors begin to circulate that the couple's inability to conceive is a sham to keep Wyl home. Scant months later, Pari got pregnant again, and Wyl was immediately deployed. Their son, Nash, was born six months after his departure.
2579: Wyl was listed among the dead after the Suldrun Offensive. No body was recovered.

Like every other Diasporan couple, they were introduced to each other via the Pairing Protocol. For the 20 year-old Pari, this was her 9th match and she had used all but 1 of her 3 vetoes. For the 17 year-old Wyl, this was his first match. After agreeing to meet, Pari was sent to Astel to stay with the Korpes Family. Although she was initially uncomfortable with the 3 year gap in their ages, it only took 2 weeks for Wyl to win her over with his sweet, romantic nature, sense of humor, and earnestness.

To describe how the relationship bloomed
They balanced one another: he became more focused on long-term plans, and she discovered levity and an opportunity to breathe and take the world in. Their affection for one another was genuine.
It was a good pairing. Fun Relationship Factlets:

Suna's relationship with her son, Wyl, was strained. A trained botanist, she worked long hours at the central hydroponics garden and relied on her in-laws for babysitting. After Grig was deployed, her father-in-law, Tyrig, believed she was too lenient with the children and often berated her in front of them. Her mother-in-law, Nilda, went out of her way to undermine Suna by countermanding her decisions.

"Grig wouldn't like that."
"It's a shame you have no maternal instincts."


Suna was often absent due to work or upset, and Wyl thought his mother hated him.

In 2566, Astel was hit by a virulent wave of laroncona. Wyl, his sister Sara, Tyrig, and Nilda were all hospitalized, but only the children survived. With a special provision from the Canton, Suna retired early and together, she began to repair their relationship. 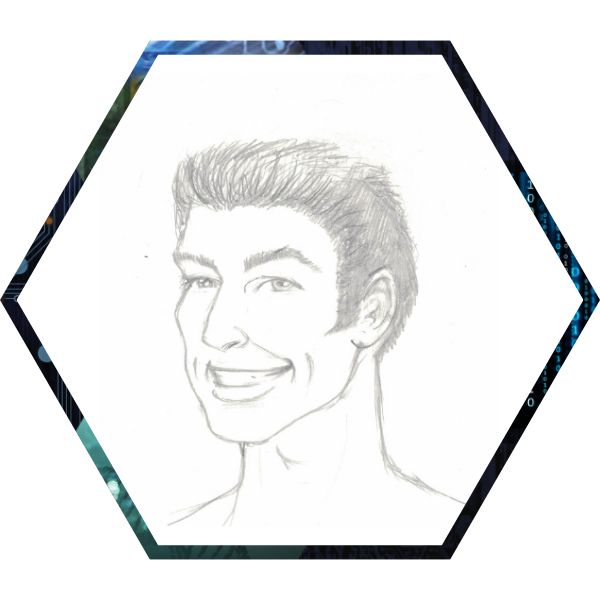 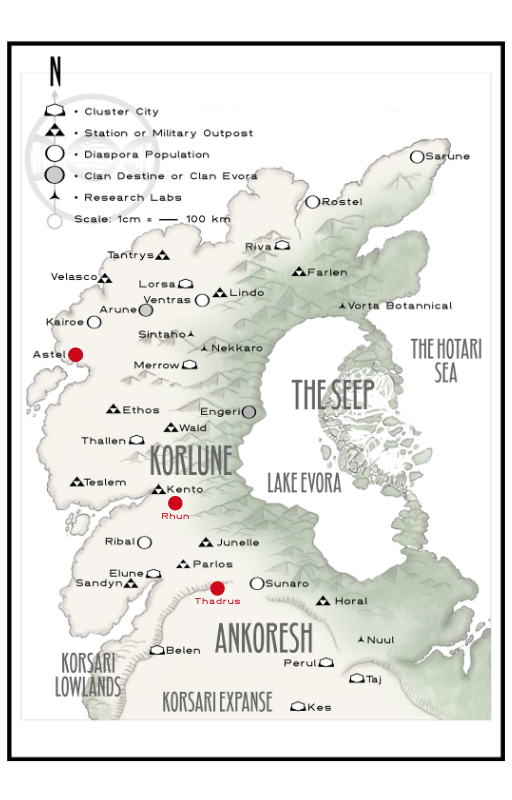