Drellygs resemble something like a sloth, with no ears except for holes hidden under their fur, and a bipedal stance. They have two thumbs on each hand, and three other fingers. Drellyg fur ranges from dark brown to an almost cream colour, with some having striped patterns of a lighter colour along their backs.

The Drellygs are almost fungivorous - basically herbivorous, but with fungi and lichens instead.

Drellygs currently live in small village-states on Drellon. The closest thing to a city on their planet is a particularly large village-state whose name translates to "Great Hill of Abundant Spores". This village-state's success stems from its control over vast amounts of good agricultural land and its efficiency in managing it.

They have domesticated two animals native to their planet: One is a predator, a lizard-like creature that has been trained to guard fungus farms against intruders. The other is a large, worm-like animal whose ever-growing hair is woven into clothing and whose honeydew is fermented and consumed as a beverage.

Currently, the tech-level of the Drellygs is around that of the early Iron Age. They have only recently discovered how to forge iron, and have mostly used the metal to build better farm tools.

Warfare is rare among the Drellygs, but not unknown. If two factions end up in a physical dispute, the combat is brief, highly ritualized with specific rules, and rarely results in serious injury or death.

Even the predators of this planet are somewhat placid in their behaviour. This trait has marked the Drellygs as well; the rise of their civilization wasn't built around competition or a need to protect themselves from danger, but instead a need to acquire food and protect it in the event of a shortage. There was one time where Drellon's fungal matter was under threat because of blight. The Drellygs' ancestors collected the spores of the mushrooms and lichens that didn't die and figured out how to grow the spores. From there, they discovered how to farm mushrooms and made their homes around the areas best for growing their crops. 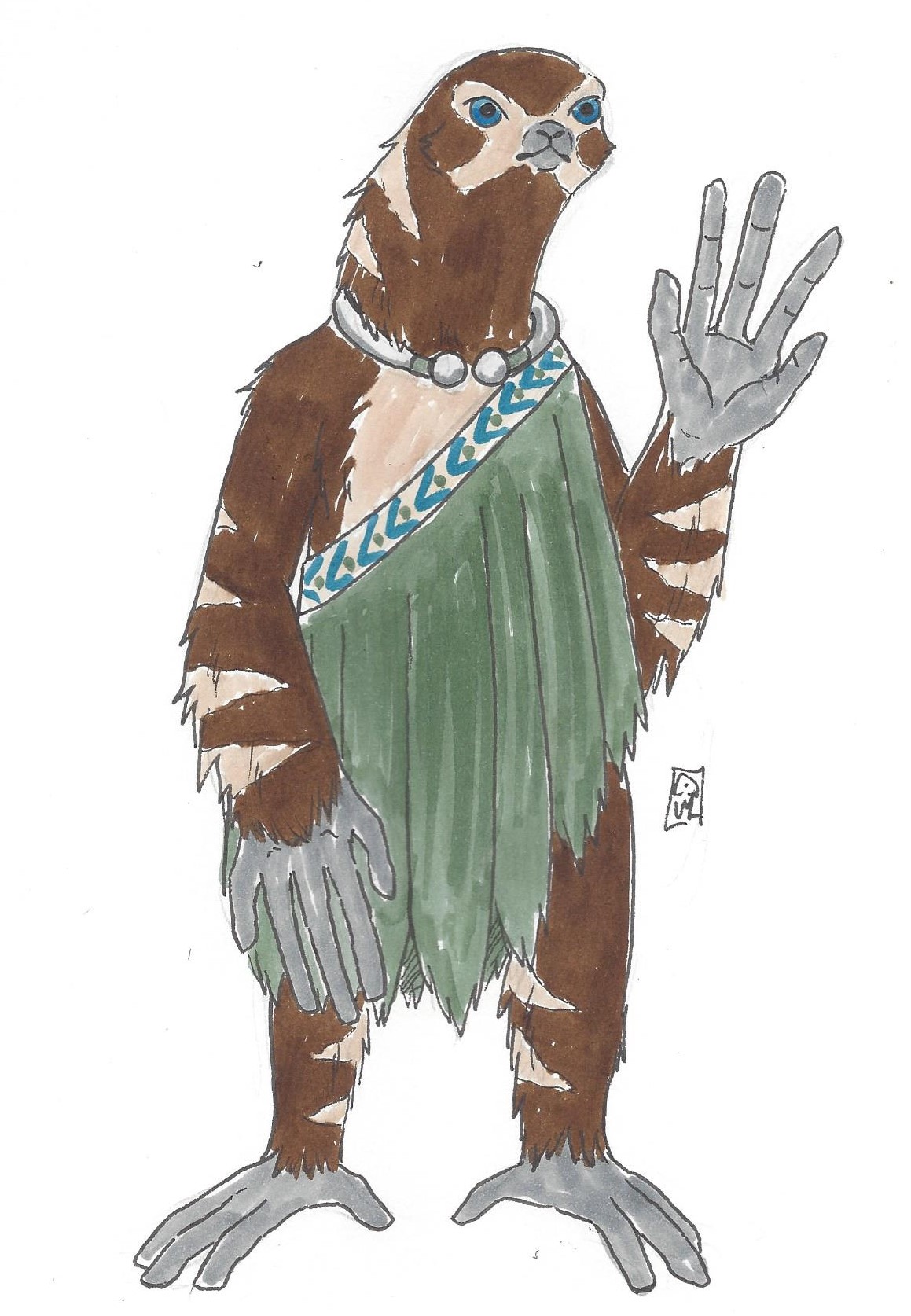