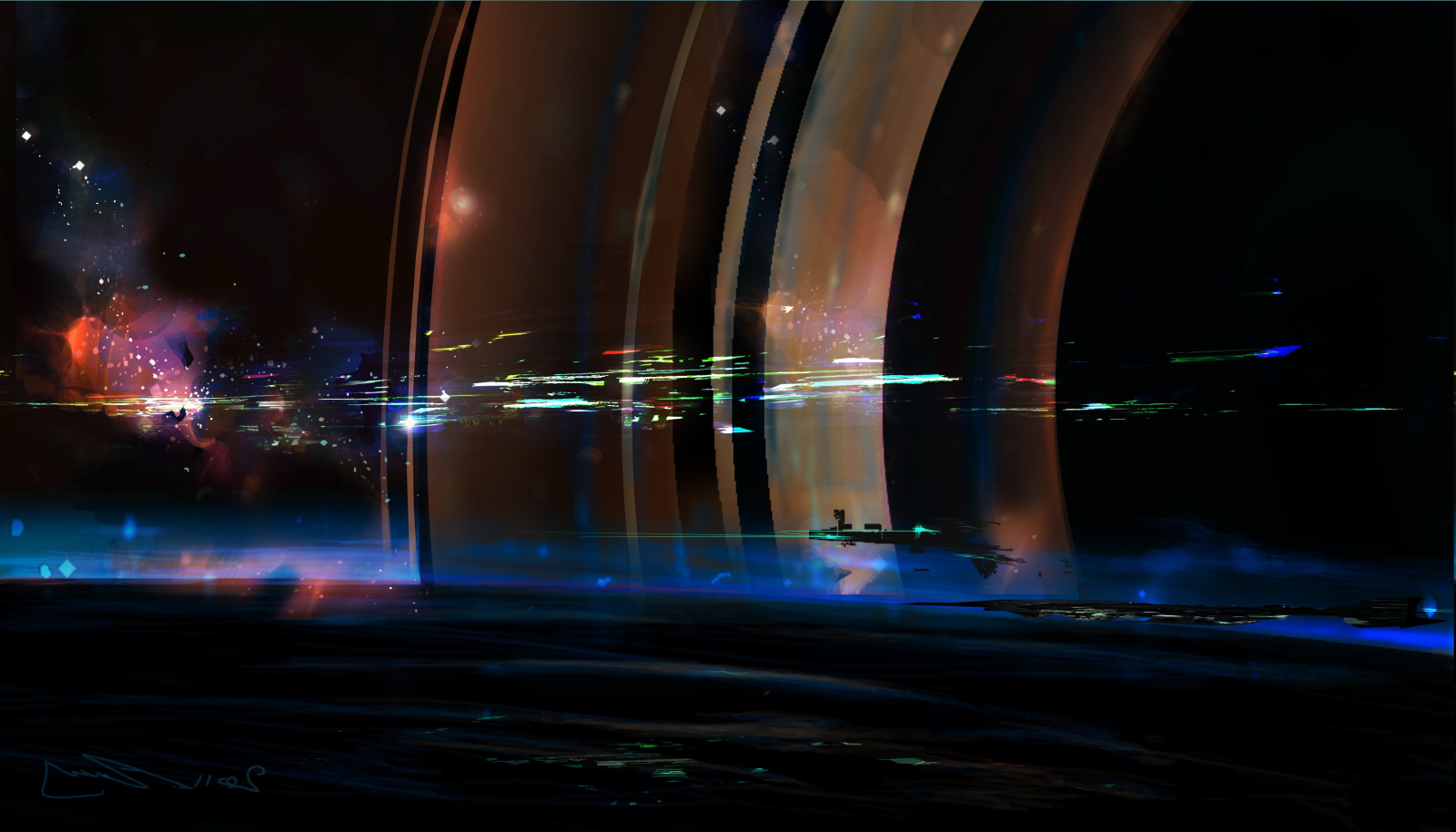 These avian raptors, known for their rich architecture and culture, they are the most recent species to enter the galactic community. Be careful, they commonly known to not trust easily and can be dangerous when provoked.

These biped feathered avians are humanoid in appearance.   Their head has a beak like structure with sharp teeth inside with a white to baby blue coloring. They have fours eyes, two on each side with a crest in between the eyes with the feathers around the eyes the same color. Along the top of their head is a dark blue. The front two eyes are see within the visual spectrum while the back two eyes can see within the NIR parts of the electromagnetic spectrum.   The body is covered in feathers all over the body. Their upper body is slender and lacks much muscular strength. Their feathers are white, but with a light tint of blue or red depending on their diet. The arms have three fingered claws and are prehensile. The lower body is just a slender and built for running with their rough outer skin on their feet.   Sexual Adaptability   The body has functions to change their sex based on environmental factors. This transformation can be fully competed in one month. During this time, their body restructures into the new sex and changes their physical structure but not their size. These changes only are undertaken by their emotional and environmental factors. However, doctors believe is the individuals choice more then the environment.   Emotional factor is whether the individual is willing to change and their emotional state. If they are in emotional distress, change is less likely. It is also noted that a more extroverted personality aligns with males more and the opposite for females. This is could also trigger the change as well.   Environmental factors are simple. When their is a disproportionate population in the sexes, the majority will reduce it's numbers to create a balance. Hormones will be released into the system naturally to signal a change. However, by adding a synthetic version into the system can trick the body into wanting to change.   It takes on three major stages: Illfuan, Illguan, and Nuan. Illfuan lasts only a few days and changes sexual organs and hormones. Illguan is the change body structure and personality. This lasts about three weeks. Nuan is the final stage where the body begins to maintain the hormonal changes and solidify any remaining changes. This lasts a day or two, but the immune system will be incredibly weak during this time frame, so rest is always suggested.   Dimorphism:

They prefer more arid environments such as savannas and grasslands. While wetter coastal climates are dislikes and colder climates intolerable. While heat is not specifically desired, they lack the ability to keep arm in colder environments.

Tasinara are omnivores with a preference towards fruits and small land mammals.

Among their people, equality is a lie. Some people are more skilled than others. Some are born to lead and others not so much. Their authoritarian tendencies desire to have a sole leader to guide the people. All that matters in leadership is their ability to do so.

These avians are quite ingenious with creative unique solutions to their problems. However, they are slow to learn.

They can see within the visual and NIR of the electromagnetic spectrum. However, recently many have been discovered to have latent psionic potential.

Kessnar Assembly: The species home government. An elective democracy that prizes wealth and freedom.   Silent Syndicate: A Pro-Tasinara criminal organization that once dominated their politics until entering the galactic community.

Lately their culture has strongly promoted exaggerated masculine and feminine traits. As a result, having one's crest either a dark red or a golden yellow, is greatly desired. However, a sunset orange is growing in popularity, but is still in the minority. Also making sure one's feathers have vibrant pigments. Dull coloring is consider ugly.

Due to their sexual adaptability, gender ideals are nearly nonexistent.

Courtship is practiced by two Tasinaras whether they be male or female. Court begins when the two indidvuasl declare that they are courting one another and begin attempting to impressive the partner. These attemtps could be physical displays, artistic expression, education experince, and other such activies. This lasts for about a few months. If one of the two is not impressed, the courting ends. If the two are satsified, they being to share their activies with each other. It is a competely cooperative effort whihc lasts for another few months. If they are not compatiable or thier intreest can't be shared then courtship ends. However, if they are compatable, then the most dominat partner needs to prepare the binding ritual. If the other partner accepts, then the two are mates for life.

Trust is the foundation of Tasinarain relationhsips. Trust that their experinces are real and their skills true. This is verafied during the second stage of Tasinarain courtship, but somtimes that is not enought. The two desire the ability to fully trust the other and to ensure that either partner's attention is on the other. They want cooperation and having a dispropoatnate relationship is culturally unaccepted.

The Tasinara are the behind in most of the technological advancements in many fields. However, architectural design and agriculture are some of the most advanced in the galaxy.

When you meet with a Tasinara here are a few tips:

Tasinara Architecture: This extremely functional and simple designs are widely used in their buildings across their worlds. The galactic community envies their accomplishments.   Criminal Heritage: Their history has been plagued by criminal organizations, but in the past 100 years that changed. However, remnants of this period still remain with assassinations and blackmail a common threat.   Concerted Farming: They have masted the method of large scale agriculture in an arid environment. This methodology is incredibly efficient, but only in an arid climate.   Geographic Attachment: Tasinara are very sedimentary and like to remain close to where they were born. As a result, they tend not to migrate and are proud of their local culture.

Fliric Festivals: Every year, Tasinara celebrate liberation from the Syndicate with music and parties. Practiced mostly in their core systems.   MindMaze: With the rise in psionic powers among their people a competition has arose to test their power. This yearly tournament is watched all over the galaxy and certain the Tasinara.

Humans: Very diverse culture, but their desire to stand above the rest is annoying. They are too individualized for their taste. In some cases, Tasinara see them as wasteful.   [Error: A-207] [Looks like your system needs an update.]
Lifespan
~100 years
Average Height
1.6 - 1.8 meters
Average Weight
65 - 75 kg
Average Physique
Decent
Related Myths