The wind cannot be caged.

Banner Credit: Pexels
The Erastate is the weatern kingdom of the Allentrian Empire. Its human inhabitants are airmagic wielders. It is also home to the sylphs, and though the once-mighty race of the gryphons died out in the Seventh Age, they were succeeded by thunderbirds, who have grown stronger and more plentiful over the past five ages.   Inhabitants of the Erastate are referred to as Erastatians.

The Erastate is the flattest state of the four Allentrian kingdoms, and has the lowest overall elevation, but that does not mean it is not rich and varied in its biomes. The high steppes of the north flow upwards into the Galantasa and the Naetren Basin, and south into a vast expanse of plains both lush and rocky.   Many of these plains have been cultivated either for farming or for animal husbandry. And though crop-based farming is still the number-one use of the flatlands, some enterprising individuals have begun trying to farm the wind itself -- literally harvesting wind power using mills, and storing that power for later magical use. The idea of farming wind goes back several ages, but in practice there was no good way of storing the power once harnessed. Now, certain air mages are developing devices called "capacitors" that can store raw magical energy with little loss of power between the storing and the use. It is a new industry, but thriving.   The southern borders of the Erastate are marked by several mountain ranges -- though themselves not impressive in stature or sprawl, they are home to several unique species of magical creatures, and therefore have been designated as national monuments, not to be mined, disturbed, or destroyed. 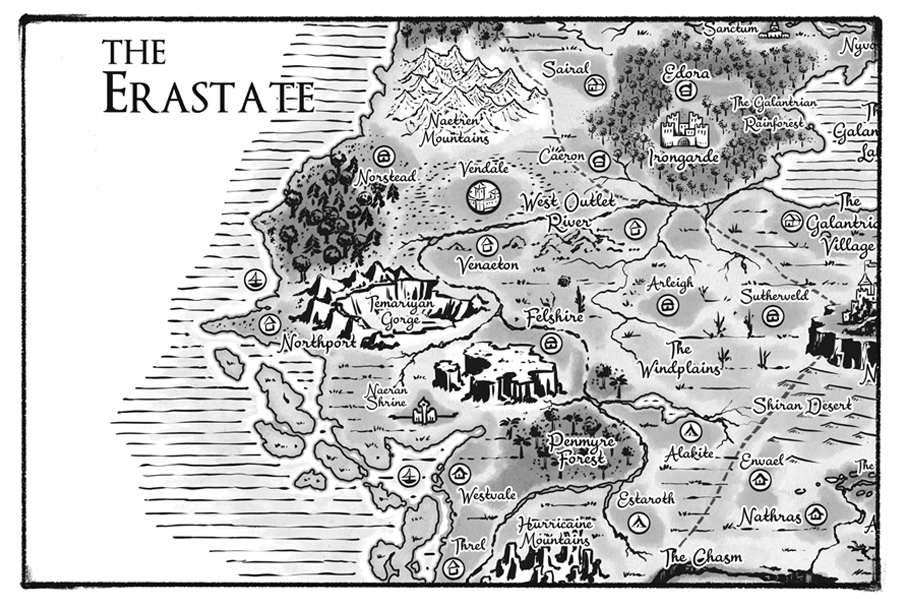 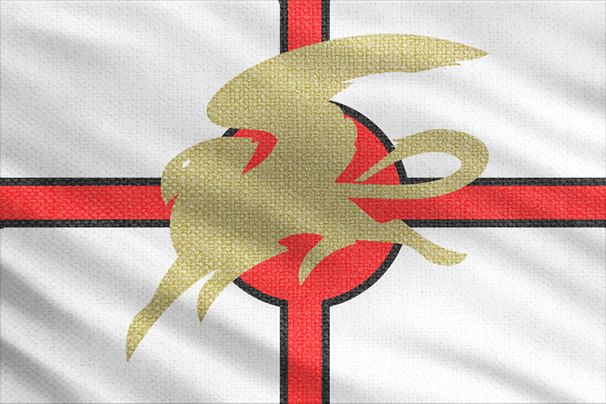