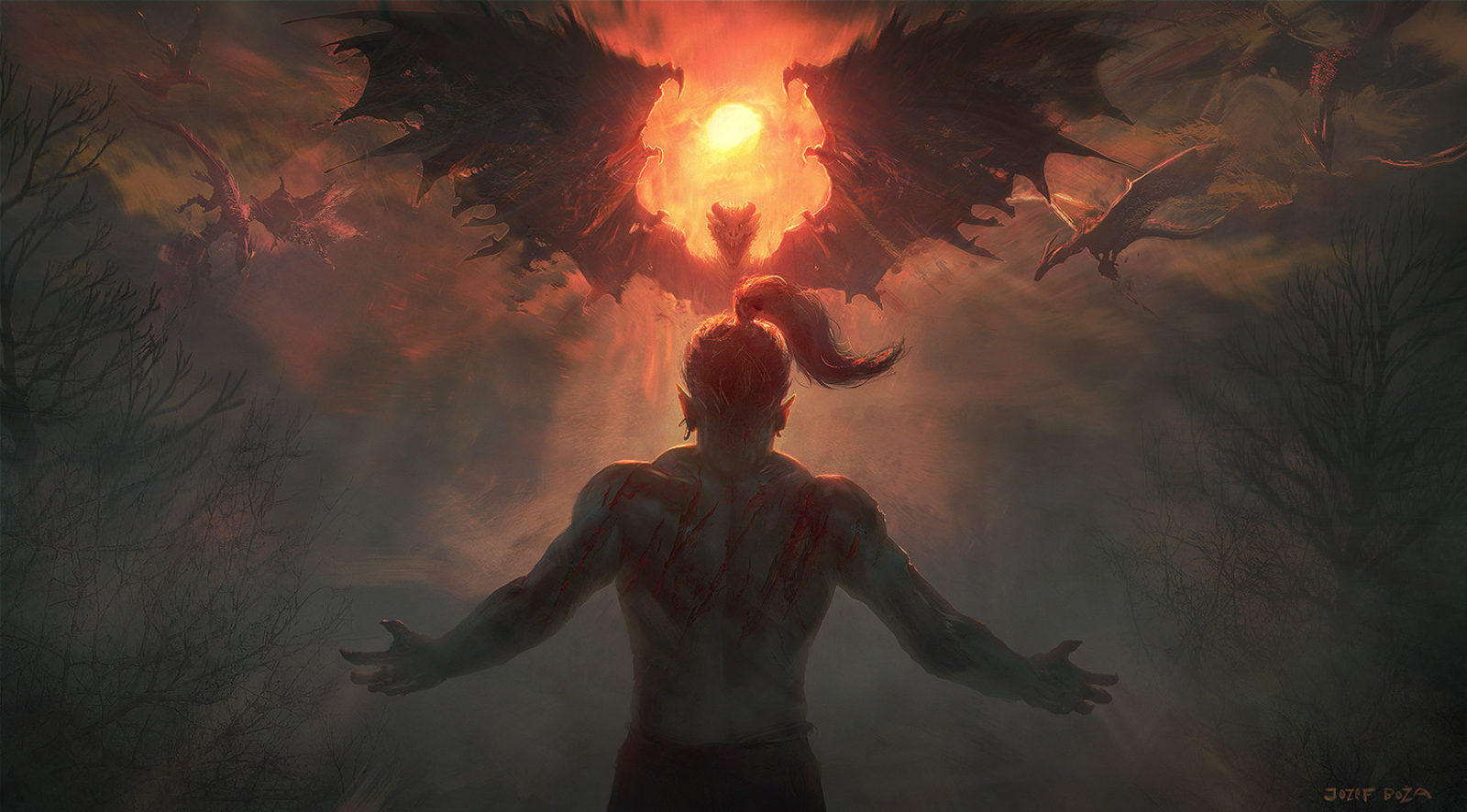 EmperorDrako
Saera is a mystical world inhabited by many races such as the noble elves, hardy dwarves, savage orcs, and many others. It is a place that courses with magic and mythical creatures that roam its lands. Many gods are worshiped and vie for control over Saeras' people to increase their power, through the prayers they receive and sacrifices in their name, and many people would kill to obtain the potential power a blessing from their god could bestow. The Humans of Saera seek to expand their territories by any means necessary or to protect their own, even if it cost the lives of the other races. The Elves are constantly at each other's throats and wish to destroy one another. The dwarves ever vigilant, seek to reclaim fallen lands and stave off the hordes of Dimest and Drothal. Little do they know of the dark powers that grow in the shadows seeking to destroy or dominate them taking advantage of their petty squabbles. A Miraculous discovery, known as the Aetherfall, a magical phenomenon that will lead to greater feats in the use of magical arts and throw the factions of the world out of balance, the terror of the ancient world will once again awaken and war shall sweep the lands and cover Saera in blood and ruin unless the bravest souls rise for a challenge.