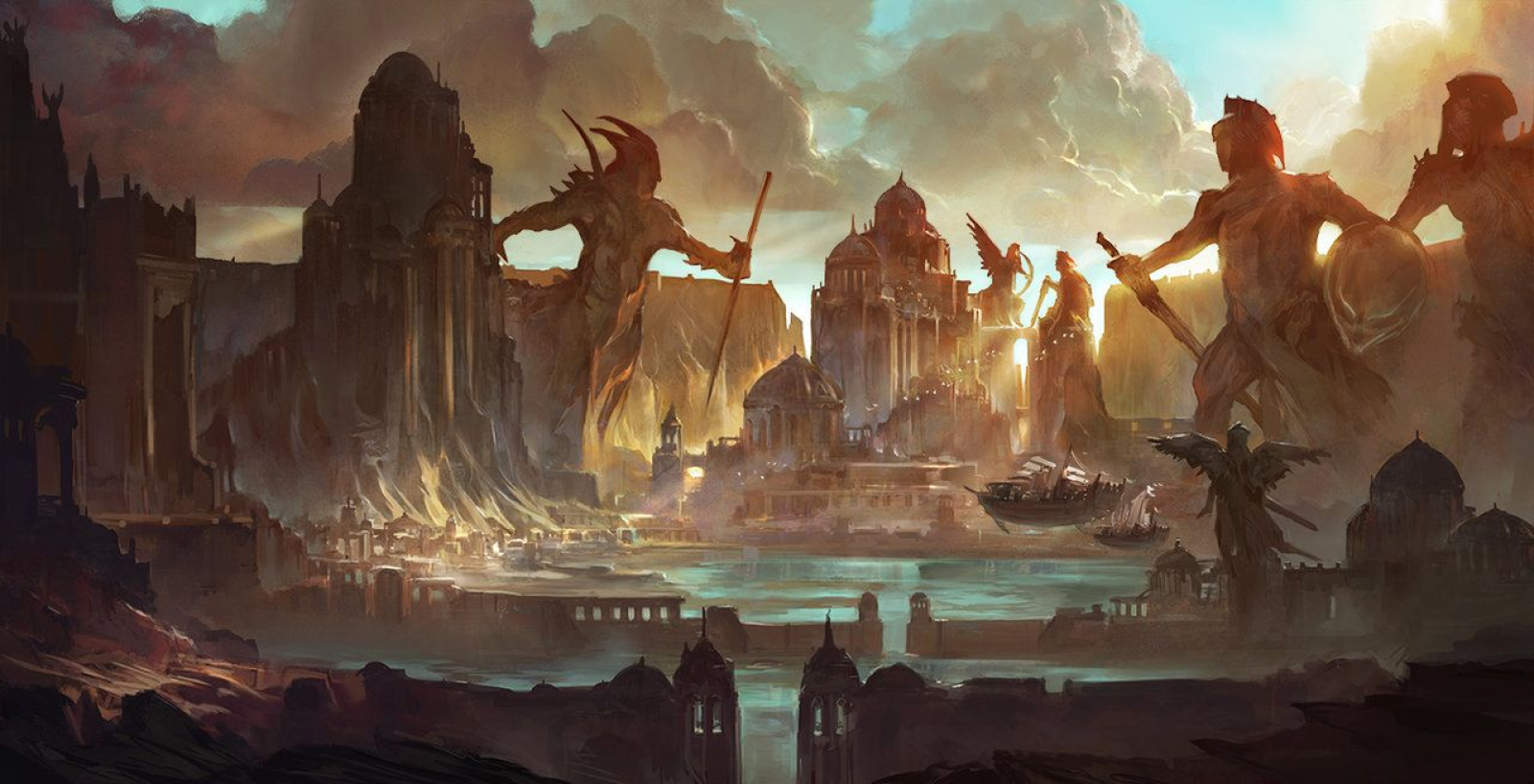 Allos is made up of a series of small hills and peninsula. With a bit of imagination, the geography looks like that of a woman sleeping on her side. The city is broken up into different locations based on this imagery. The Mysterium is on her hip while the Colosseum is on her arm. The Citadel is on her shoulder while the Platea is in the circle of her arm and chest, next to her face. Affectionately called Non, the people of Allos have even created gardens to simulate hair while carving and decorating a face into the hill side.

Allos is the melting pot of Rhunec. The citizens have ancestry from all over Rhunec. As a result, the city is incredibly welcoming and liberal. The numerous influences are reflected in the city itself. The buildings, marketplaces, and homes are colorful and unique - just like the people. The diversity is best reflected in the golems that are found throughout the city.   Allos is famous for its golems. The golems serve as companions, helpers, and fighters. The Families perfected the art of creating golems for combat. THe Tournament of Champions is a competition anyone can enter, but one of the Families usually win.   There are weekend fights that lead up to the Tournament of Champions during the Grande Festival. The reigning champion is a kraken golem, Sharvani, the six armed goddess. She is piloted by Fara. A lot of pilots wear costumes that match or copy some aspect of their golem. Fara wears a mask with four faces on it (front, right, left, back of her head), the same four faces as Sharvani.   People take artistic liberty and some of the golems are works of art. Some are used in plays and festivals. They dance through the streets with people in a giant parade through the city.   The culture here is the Golem culture, which is inspired by latin language and Roman customs.

The inspiration for Allos is the Roman empire, mediterranean culture.

The coinage here is the stella golem. The economy here is mostly based on tourism. People from all over the world gather for the festivals and golem fights. The Enchanting Consortium has its home here. Items can be enchanted for a fee.

Republic of Allos is the governing body for Allos.


Remove these ads. Join the Worldbuilders Guild
The Coastal Range