Never let your guest sit in the cold part of the room.
— First Gift, Gifts of Hospitality

As one of the more recent deities to ascend, Rona is the first deity within Haven to call the Hearth domain her own. She has taken great care in managing who and when she offers her hospitality as to not anger any greater diety that may be watching. With such careful planning, her church has slowly begun to grow in unlikely places.

Located somewhere between Ravare and somewhere not quite of the physical realm, Rona's Hearth is both a famous and infamous tavern depending on the part of Haven you find yourself. Guided by Rona's own divine magic, the Hearth is able to appear anywhere there is a semblance of civilization. But despite where it might be located, it's interior never changes.

Supposedly written by Hephastus, the Angel of the Hearth, the Gifts of Hospitality is considered to be sacred texts to the followers of Rona. Though it is fairly short with only eight chapters each chapter is dedicated to a "Gift" and the reasoning why it should be followed. These Gifts are considered to be religious tenants that all worshippers of Rona should follow.

A religious document for the followers of Rona.

The image of a glowing hearth on a mulberry background. Though the symbols of the flame never change, often the shape of the hearth itself is different. Bronze etching is a common motif found, it is rarely the same placement. 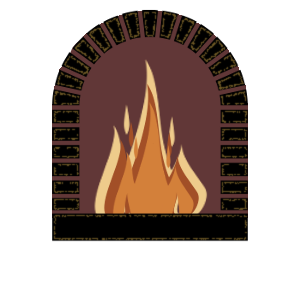 Betraying her Solmite heritage, Rona has very pale skin that seems to slightly glow and flicker like a flame.

She has her divine symbol tattooed in black on her right forearm. It's faded state reveals she had it long before her ascendence. 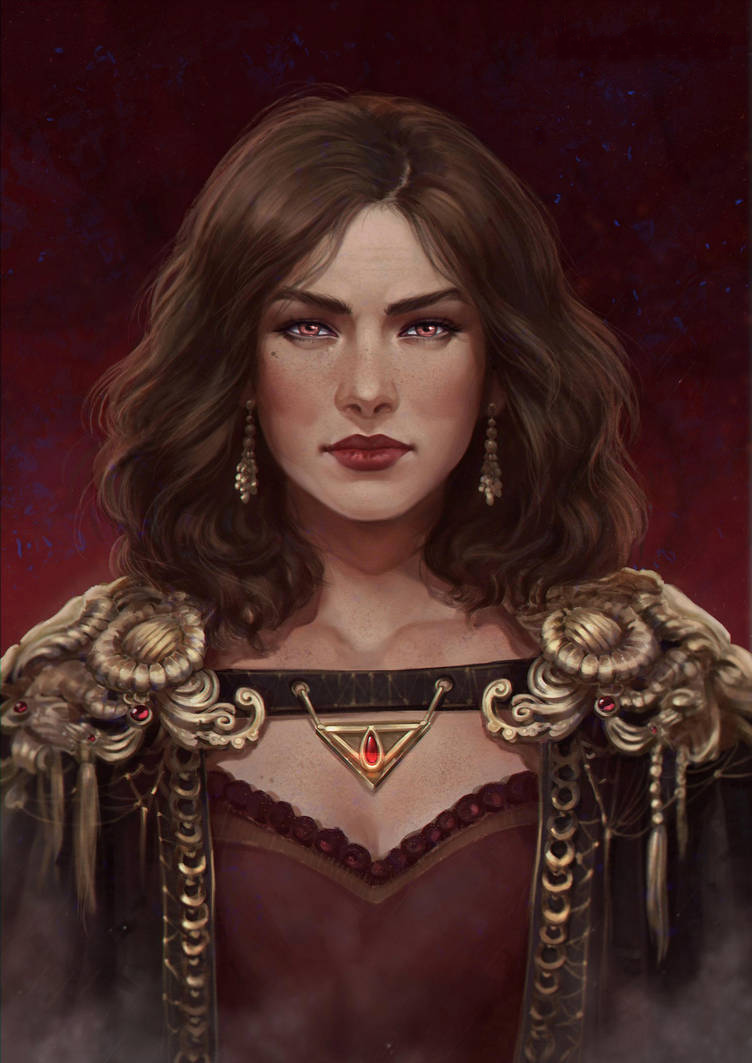 My hearth brings more than warmth and comfort, my dear. Come sit down for a while.