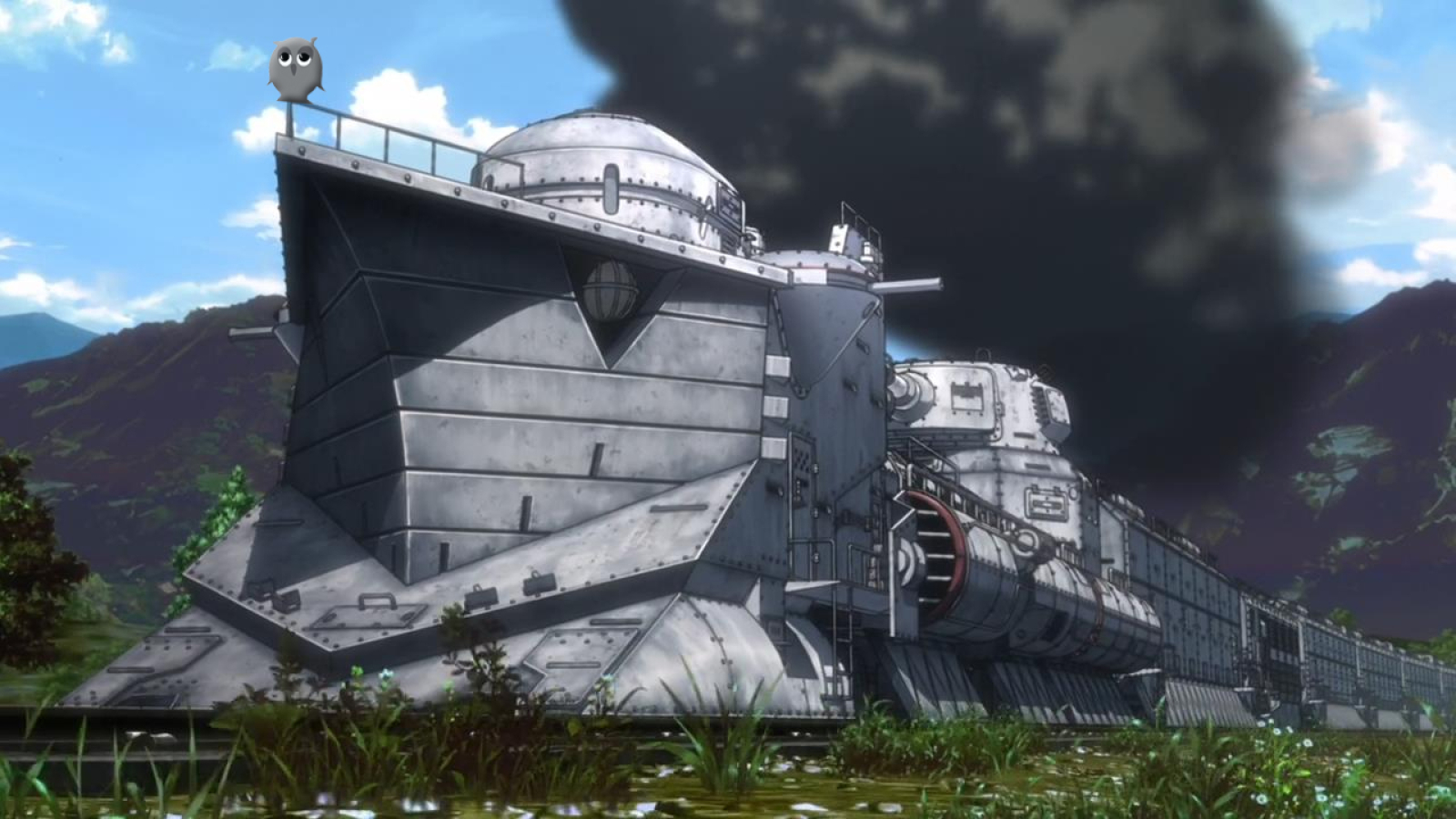 Heritage Rails are the massive locomotive machines designed by the dwarves of Rakuen. Originally developed in conjunction with gnomish technology, the Dwarves retrofitted this technology into a monumental engineering masterpiece.

Heritage Rails are designed to the peak of gnomish ingenuity, and to the height of dwarven efficiency standards. Using coal powered engines, these magnificent machines are designed with military and civilian cars, allowing for transit of freight - namely rocks, precious metals, and large mining equipment - to and from various locations, as well as the ability to transport large numbers of people at any given time.   These Heritage Rails are built with the unique design with two engines on either end of the line of train cars. This prevents a need to spin trains when they reach a destination, as well as allowing trains to easily go in reverse if a line becomes blocked, or an emergency requires the train to return to its last station. The train is structured with engines on either side, staff and military bunks adjacent, storage cars adjacent to this, and finally civilian cars in the center of the train. This added design element means that only the staff and military official are at most risk in case of any sort of accident.   Trains are generally armored, in case they come upon strange demons or monstrosities deep within the underdark, or are otherwise raided by duergar, drow, or other beings from the depths who may wish to pilfer rare minerals from dwarves, or perhaps steal away innocent civilians as underdark slaves. Most trains usually have at least small unit of infantry, several large cannons, conflagration weaponry, among potential other useful benefits.

Constructing the Heritage Rails was one of the most ambitious feats in all history, and began long ago in the Second Era. As humans grew in strength over the years, seemingly supported by gods of all shape and manner, racism against dwarves and gnomes became more common. As a result, dwarven society moved further underground near the Underdark, sequestering itself away from the larger overworld society. However, although brave dwarven adventurers would travel amongst the land, meeting with distance kings, maintaining ancient alliances, and foundationally continuing the legacy of dwarves throughout the world, this method of travel was deeply inconvenient. Although adventurers could take their risks with the Underdark, this was sometimes even more dangerous and fearful, and there were distant locations that the Underdark simply didn't reach, or that took such winding paths to reach the destination, finding a safe and efficient route was essentially impossible.   It was then decided amongst the many dwarven clans, despite any hostilities that might have been shared, that constructing a united train system that spanned the globe and connected the majority of ancient dwarven clans was critical to a unified dwarven infrastructure. Hell, what was stopping them from inviting entrepreneurial humans to help build it, then pay for the convenience of riding it?   So it was settled. The dwarven societies pooled their resources from mining, and independently began construction. The goals were to unite smaller city-states to the largest dwarven capitals in each region of the continents. Secondly, the goal was to unite those major kingdoms to one another, spanning the entire continents themselves. Then, efforts would be made to bore through the earth itself, and connect the capital cities and smaller city-states to the smallest regional homes for dwarves, as well as to distant mountains or mineral rich spaces that could make good on future homes. Finally, goals were set for connecting the nearest settlements in Kohlm to those in Iryan, attempting to allow full connection between realms.   It took thousands of years, but eventually the dwarven race's goals were complete. An entire circuit was eventually completed, connecting every Dwarven capital to one another, with independent oceanic lines that spanned outward to the distant land of Horizon and Yasōkyoku.

The Moon's Cry was a hugely destructive event to the Heritage Rails. As the blood of The Moon rained down upon the realm, huge portions of the Heritage Rails were swamped in blood. Worse yet, these already dangerous lines were now plagued with some of the worst of The Gloom. The lines became extremely treacherous, even for the biggest and most well manufactured trains that existed. This also meant that all connecting lines between Western Kohlm and Eastern Kohlm were cut off from one-another.   In the past seven centuries, with an alliance of some of the few remaining dwarven kingdoms, it was agreed that two of the largest kingdoms would focus on a connecting line to once again span the line from East to West Kohlm. Many logistical issues, as well as declining Dwarven birth-rates, have complicated this issue greatly, and the very real fear of accidentally running into a huge contingent of The Gloom can halt any plans to continue a line indefinitely until the problem is dealt with.