"The Perihelion Cipher is one of these ancient creations for which we might never recover the right knowledge to understand its purpose. The only instances of it that have been found are the ones from the Pillar. Nowhere else, can you believe that?"
"Why say it’s a cipher then? These could be just ornaments."
"You may think so at first. But when you start looking into it more carefully, you realize some symbols repeat. Not in random ways, no. They seem to be following certain patterns - some usually either start or end verses, others connect with only specific other symbols."
"Like some form of script?"
"Exactly. There’s another, even more defining aspect though. When you break down the composition of each symbol into individual shapes, you can quickly realize that all respective elements of these symbols are letters from normal ancient Ethnis writing. We believe that both of these heavily imply that this is some sort of cipher, exclusive to the Perihelion Pillar. Thus the name - the Perihelion Cipher."


The Perihelion Cipher is the name given to an unknown writing that adorns the central face of the so-called Perihelion Pillar, an ancient Solar Ethnis structure dedicated to Eather worship. Since its discovery in 2996, the message has not yet been deciphered and numerous theories and speculations have formulated that try to disprove that the ornament is any sort of cipher at all. Despite these however, the search for the solution to the mystery continues.

Known aspects of the symbols

The cipher consists of 49 individual symbols, from which there are 3 that repeat more than once - twice, three times and five times. Each symbol consists of 7 letters of ancient Ethnis scripture. 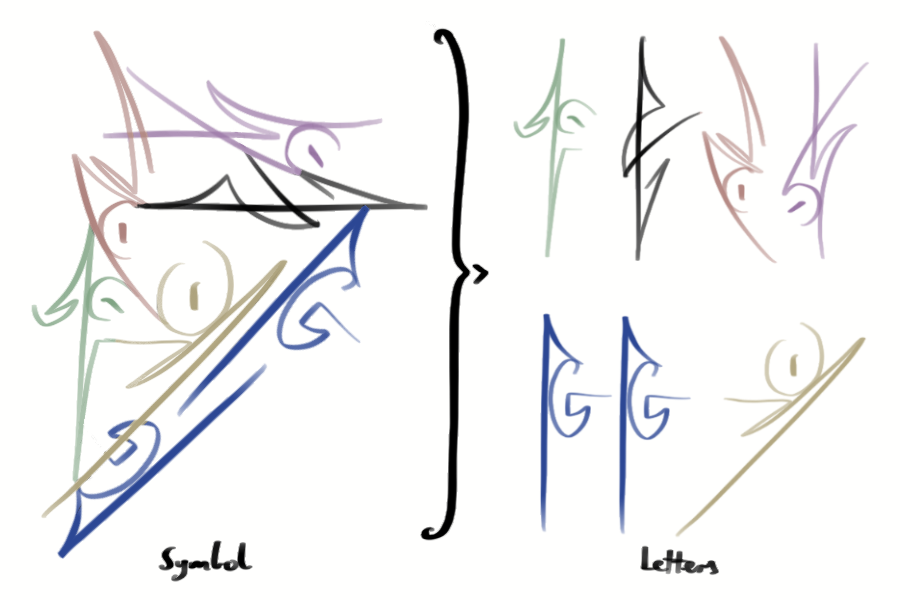 by Own work
Example of a symbol from the cipher

There are several theories regarding the purpose of the cipher. The most prominent one says the writing is some sort of a ritual incantation that would be only legible to the high priests preforming it at the Pillar. Other theories mention things such as a written calendar or a written map of the sky. There is even a claim that this was the initial source of the ancient Ethnis scripture, given to them by the Eather’s avatar itself.