The [Parisian Thief] have long been considered as a common European cat because of the great resemblance with them. They have the same physical characteristics with the exception of a slightly larger skull and a pointed bone at the back of the skull. [...] They have a much higher cognitive capacity than any other cat breed. They are able to plan and cooperate to act in the purpose of the pack.
— Extract from an article on Parisian thieves, Francis Gardon

The Parisian Thief, also known as Chapardeur (french word for thief). is a breed of domestic cat found exclusively in Paris. The breed was first documented in Paris in 2065 by the biologist Francis Gardon. This breed has long been considered as common cats of Europe in such a way that photos and videos of these cats exist since 2052. These cats are extremely intelligent, they act in groups to steal food for the pack. They have a very bad reputation as thieves, especially because of the Misérables who trained these cats to be thieves.

The story behind the discovery of the breed

Extract from an interview with Francis Gardon by Le Monde
How did you get the intuition that these cats [parisian thief] were not like others?   "Like every Saturday morning, I was having my coffee in Place d'italie and a cat came up to me meowing. I started to pet it for a minute and when I turned around to drink my coffee, it was missing my phone, my wallet and my keys. I went straight to the police and they were able to access the surveillance cameras and showed me the recording. Five cats jumped in and took all the valuables, they didn't even touch the food that was on the table."

The Misérables and the Parisian thief

The Misérables is a pickpocketing network that has been operating in Paris for several decades. They use children and cats (mainly Parisian thieves) to pickpocket and snatch in the main squares and avenues of Paris. Several police investigations have succeeded in connecting orphanages and cat breeders with this network.   In 2088, a major census of Parisian thieves took place in Paris. On the 3500 Parisian thieves identified, more than 70 % are linked to thefts. It is however difficult to link these thefts to the Misérables and the cognitive abilities of these cats still remain a mystery. 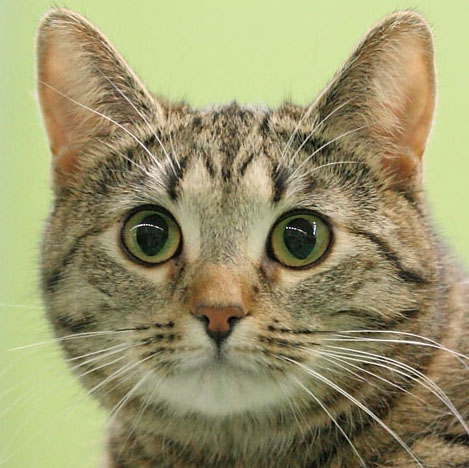 Weight
3.5 - 5 kg
Coat
Short and dense.
Head
Longer than wide. Pointed bone at the back.
Eye
Rounded and placed at a slight angle.
Hear
Medium, as high as wide.
Tail
Medium, tapering to a rounded tip.

Answering: "a species of working animal"
Visit Galdormin's Competition Page Check all other answers to this prompt Competition Homepage