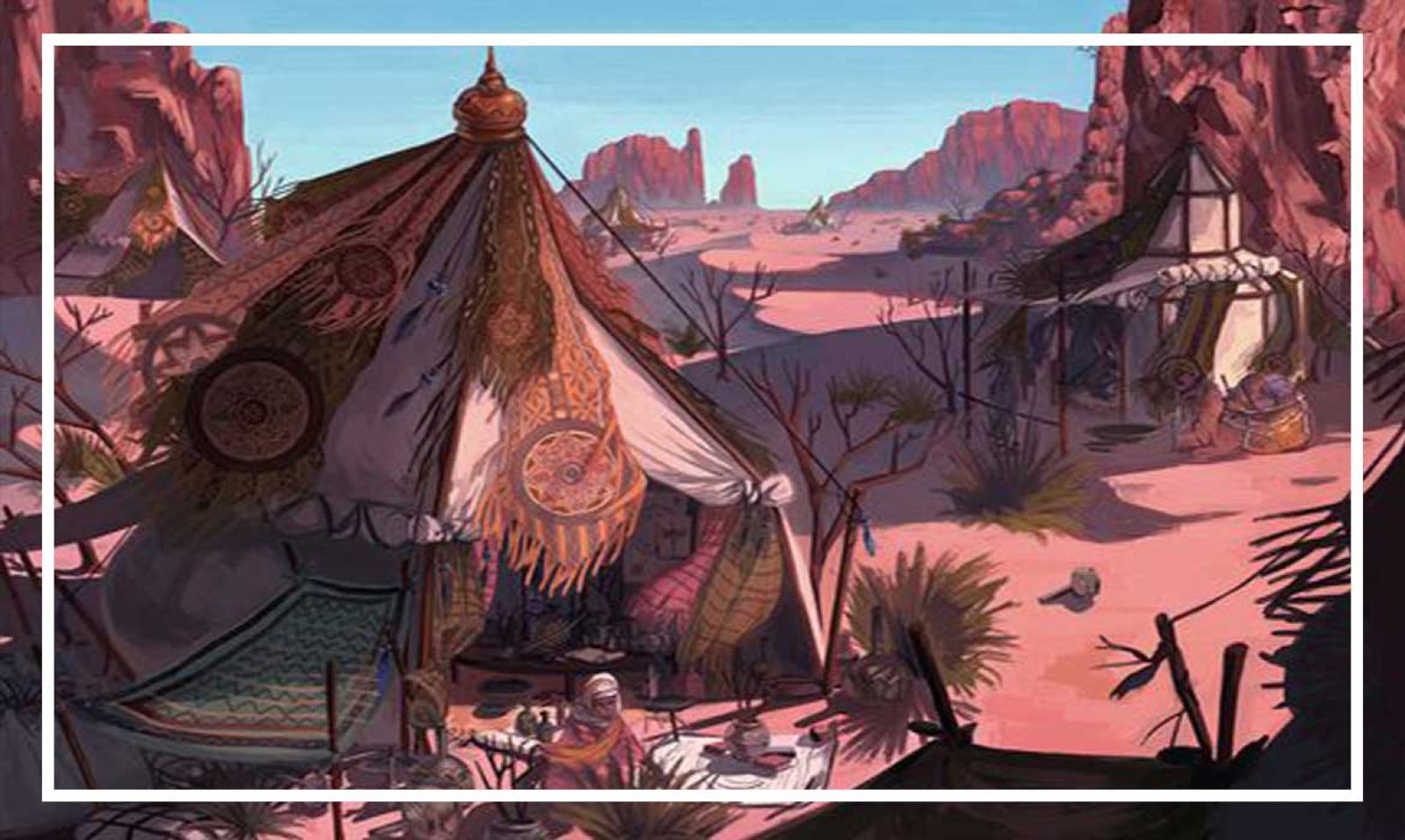 West of Tantallion lies the ancient Steppe which the barbarian king and Pathfinder, Rorn, once ruled. This great expanse of rolling grasslands, raw sandstone, thorn and wasteland is a harsh, dry climate peppered with oasis and waterholes from which life draws nourishment. The steppe has no ruler, for none could lay claim to such a wildland save Rorn himself, but three tribes of Barbarians have (over time) inherited the legacy of the ancient king;   The Earthsong (Wafanobe): The Earthsong clan are most peaceable among the clans and facilitate the shamanic needs of all the tribes. Those who wear the decoration and paint of the Earthsong are generally allowed to travel freely among the Steppe and offer the blessings of the Gods, cures, potions, medicines and other bodily and spiritual mana needed to reach what Rorn described as the Fulfillment of the Heart. The paint of the Earthsong clan is Yellow to match the color of the summer grain and the sun.   The Thunderbird (Torronkar): The Thunderbird of the Steppe wear the blue paint to signify storms, rain, and the wind, all the elements that bring life and change to the Steppe. Thunderbird Barbarians, while not nearly as warlike as those of the Red paint, are fearsome fighters when spurned but it is their aptitude of wildmagic that make them feared among the Steppe. The Thunderbird practice Druidry and many of their number boast Sorcerer bloodlines.   The Red Paint (Junderron): Those who wear the red paint upon the steppe are Barbarians in the spirit of Rorn. Fighters, warriors, blood spillers and sometimes cannibals and collectors of scalps. It is not easy to befriend such men but if their trust can be gained it is for a lifetime and perhaps more. The Barbarians of the Junderron trace the lineage of their rulers back to Rorn himself and one of his descendents has always bore their paint. The current Huntress of the Red Paint is Umber.   The Barbarian tribes of the Steppe are a nomadic people who wander over great tracts of land. They follow the herds of buffalo through the season and during especially harsh seasons will sometimes scatter out and raid. The Barbarians of the Steppe, especially those of the red paint, are eager to pledge themselves to war and its devices. Gorrum is a favored deity in these lands, as are several dark gods, but most of the Barbarians ascribe themselves to a primal worship of the world and its elements which brings honor to the domain of nearly all the deities of Orr.