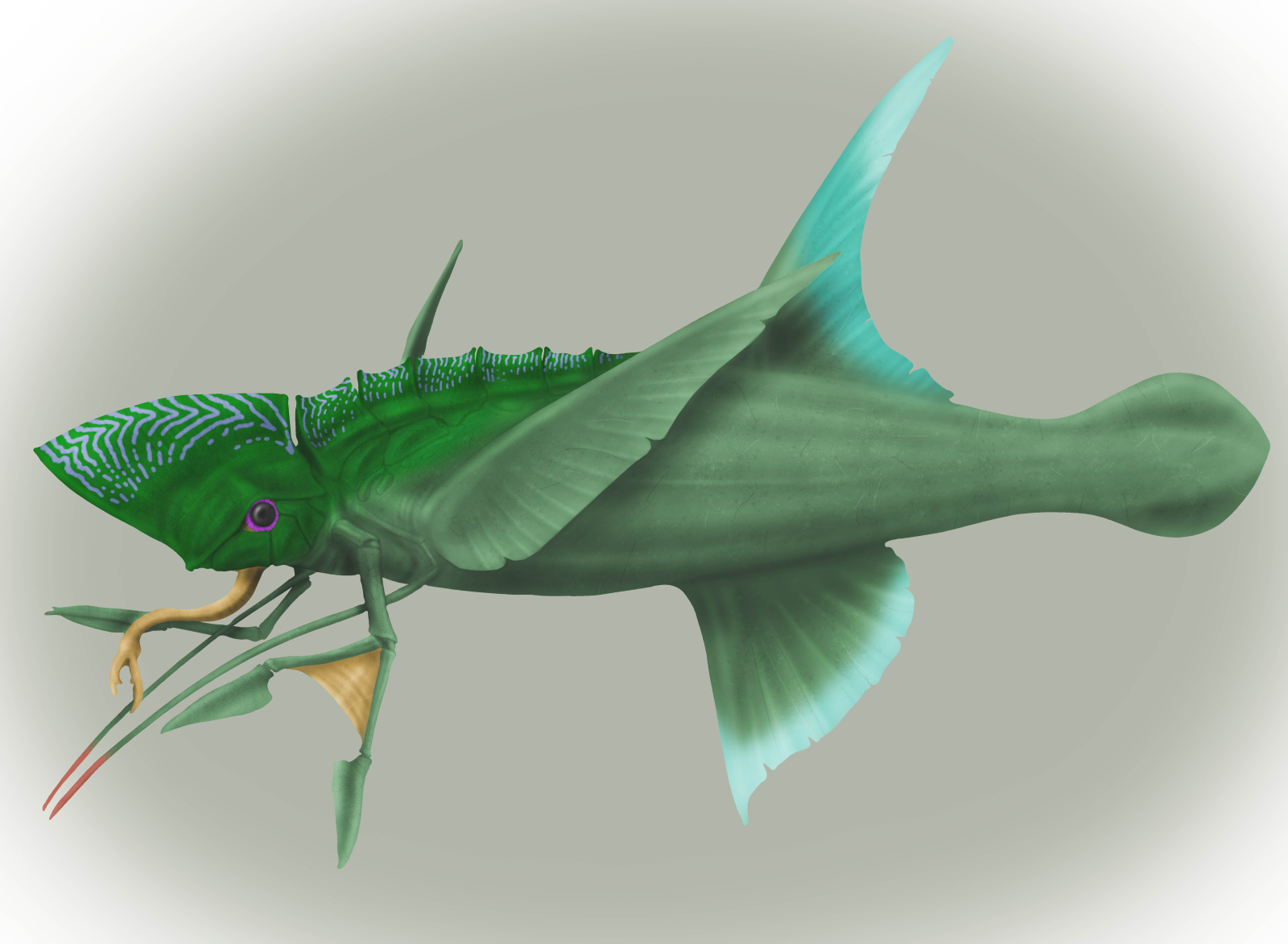 Forfegnathus reconditus is a species of Arcticoveline Kugawinid amphibian from the deep Balloon forests off the west coast of Gleann Blathànna.   The animal is found exclusively in the deeper sections of the balloon forests, swimming very close to the surface in search for prey such as Galeocristatoids, Cyclopiscopinninoids or smaller Tubercolostomatosids swimming below it.   The most apparent, as well as descriptive, feature of this animal is undoubtedly the specialized jaws, fused together in a scissor-like shape; the animal will use these scissors to cut the thick tendrils of the predatorial plants that try to attack it.   The Scissor-jaws, other than being used to cut the tendrils of plants, are also useful when hunting as the creature will employ them to grab prey and, usually, cut through its tail to suffocate them.   To avoid being wrapped and choked by the hazardous flora, the animal also retained the sharp armour from its arctic cousins which will automatically cut through the plant as it wraps around it.   Unlike other Kugawinids, this animal adapted to digest the fleshy sections of the tendrils it cuts, effectively making it one of the only omnivorous tubercolostomatosoids known to humanity.   The species was for many years considered a cryptid as sightings of the animal coupled with the inaccessibility of its natural habitat made a proper study of its areas impractical without incurring in high risk of shipwrecking on the dangerous constricting tendrils of the Balloon Trees that cover the surface of the sea like a mat.   Early depictions of the mystical Arakapiri were closer to reality, describing a strange animal that would open up the waters and cut through the tendrils like a knife; with the passing of the years the creature saw several revisitations as the stories got wilder, to the point of sailors describing knife backed creature covered in steel as sharp as swords guiding them outside of the forest and even an incarnation of it as a precursor technology in the shape of a creature that was probably used by them to navigate the perilous waters.   In 2471 the animal was recognized as a valid genus after a specimen was brought back by a crew of cryptid hunters filming an episode of a TV series which managed to catch it and bring it back to the mainland, although dead.   In the late winter of the same year, a lawsuit was issued by the TWPP against the showrunners for the capture methodology used and the killing of a potentially endangered species; the showrunners insisted on clarifying they were not expecting to catch anything significant as the show was never meant to actually find cryptids.   In 2472 the dispute ended in a loss for the TWPP which had to pay damages to the show's image, the original specimen, after proper scientific analysis, was handed over to the original proprietors as a further compensation; the HQ of the show's broadcaster still has its skeleton in an open exposition at its entrance with a plate on the bottom saying "The day we made fantasy real: 23/08/2471".   The species was named by marine biologist Lorias Shivkin in 2472, following intense study on the recovered specimen.

Seasonally monogamous species.   F. reconditus mates in the summer.   Although not much is known of its mating dances and preferences, studies conducted on abandoned nests give us an idea of how mating selection could happen.   Study of the disposition of decorative rocks and bones in the nests of thirty-one different specimens suggest the animal first lays down a general nest "blueprint" using throwaway rocks and severed tendrils; the presence of several trashed rocks and tendrils in the general vicinity of nests was the basis of this hypothesis, further proven by the discovery of nest site 26, an unfinished nest with a general layout made with said materials.   Once the blueprint's done, the animal will start putting in decorations following the patterns laid out, progressively throwing away the placeholder material in favour of the desired ones.   We can assume, based on other Kugawinids, that the female will inspect the nest and its decor before partaking in ritual dances ending in mating.   Both times of incubation and hatching are unknown to this day.

Ontogenesis unknown.   Based on its closer relatives we can assume the loss of the natal aculeus could happen between the first six months to the second year from birth.

Epipelagic creature found at depths between 0 and 10 m.   It lives among the predatory tendrils of the Balloon forests, hunting for animals both inside of the canopy and outside in the open waters.

Predatory species that hunts animals both in and outside of the Balloon tree canopy.   Unlike other Kugawinids, the species is partially omnivorous, having developed the ability to digest the fleshy exterior of the Balloon tendrils.

We can assume it to be seasonal, seen the nature of its habitat.   How it adapts its lifestyle to the winter months is still unknown.

Impossible to domesticate or keep in captivity due to its size and habitat requirements.

International regulations by the TWPP forbid the species to be fished or any other human usage.   Said regulations were put in place as a preventive measure to avoid the further collapse of the ecosystems of the Balloon forests, which are already suffering from anthropic activity due to over-exploitation of its natural resources and extermination campaigns aimed at eradicating predatorial species from areas designated for human use. 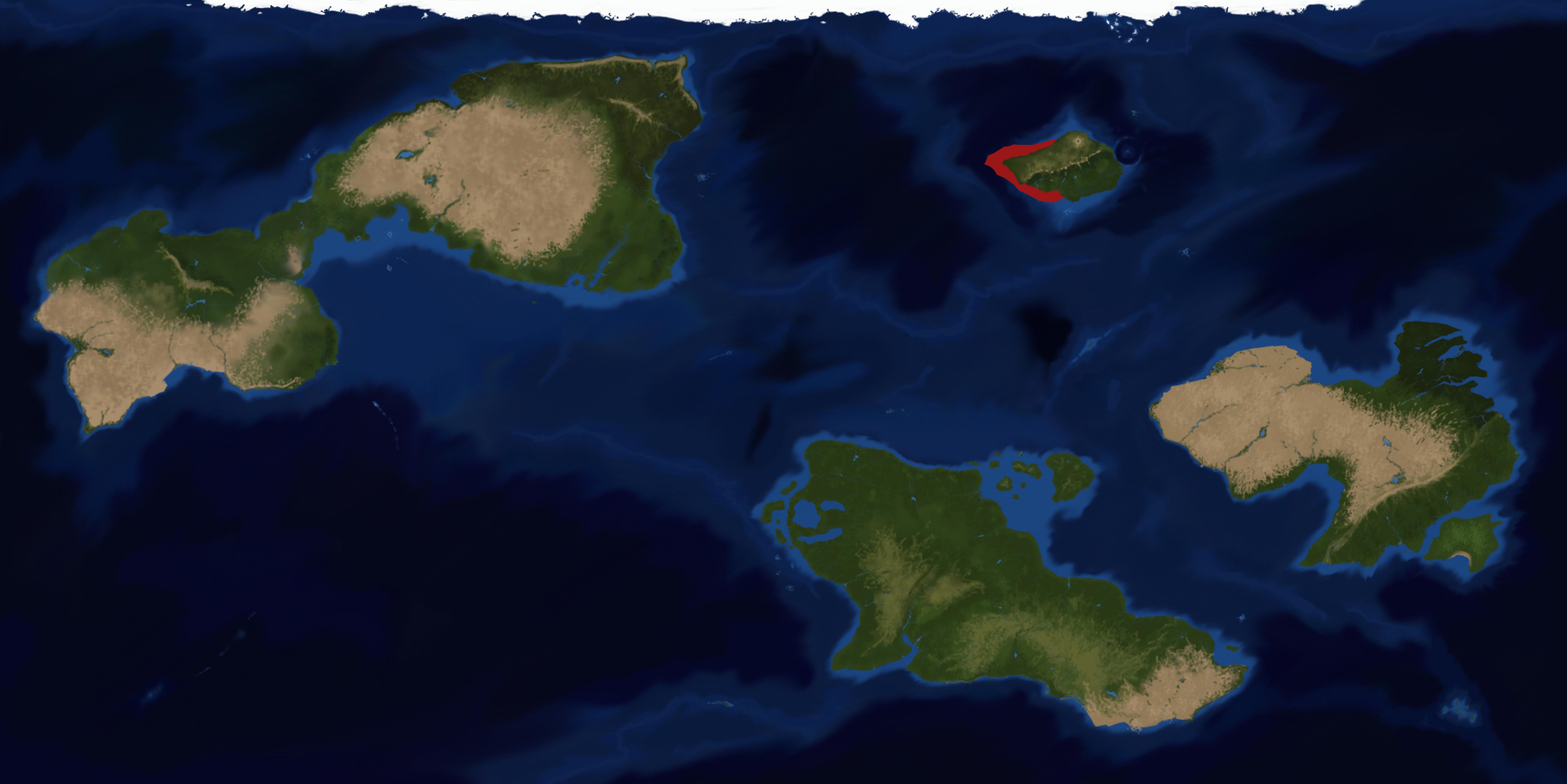 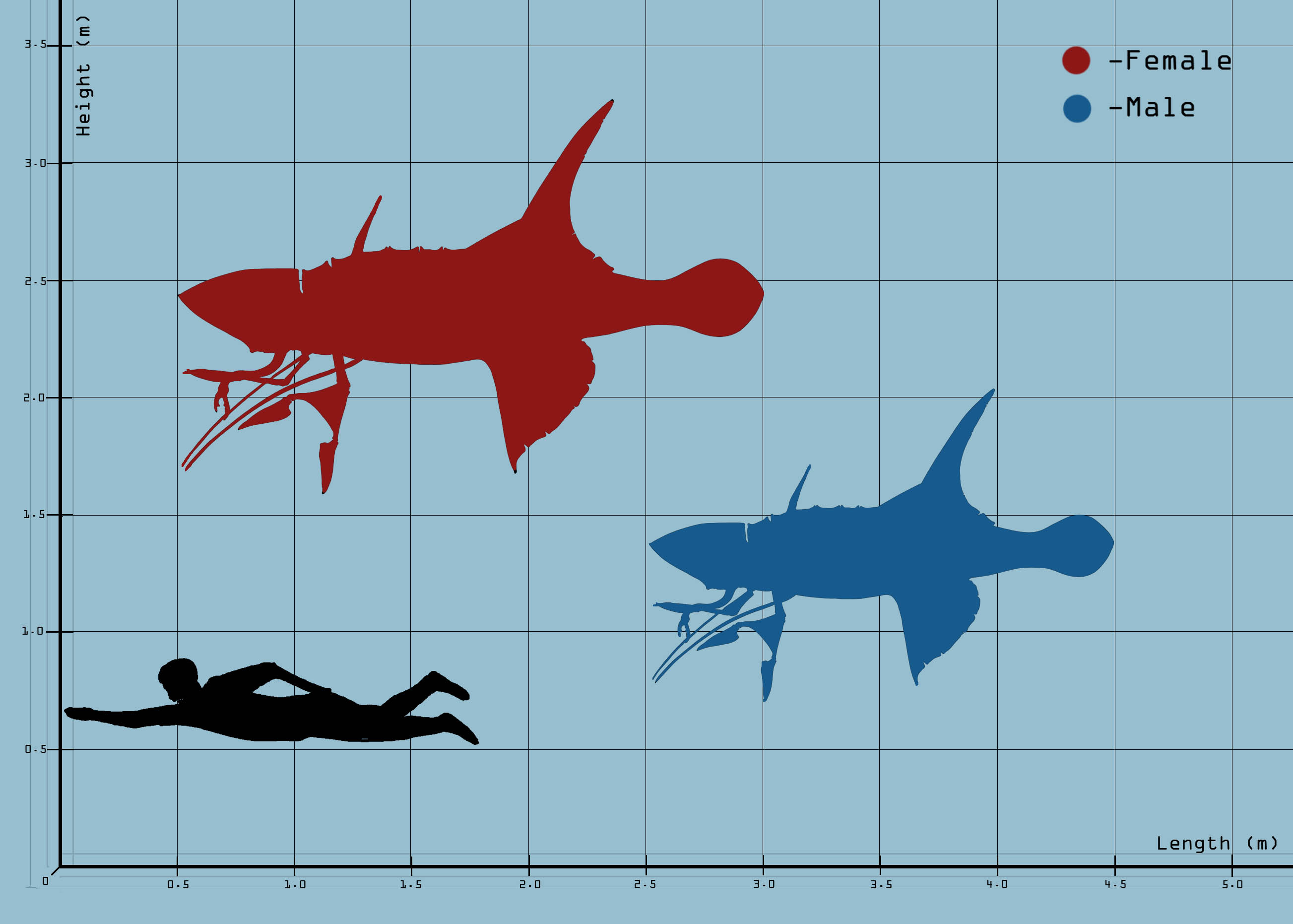