An Aura is a field made out of Emotions that can be felt with differing intensities. 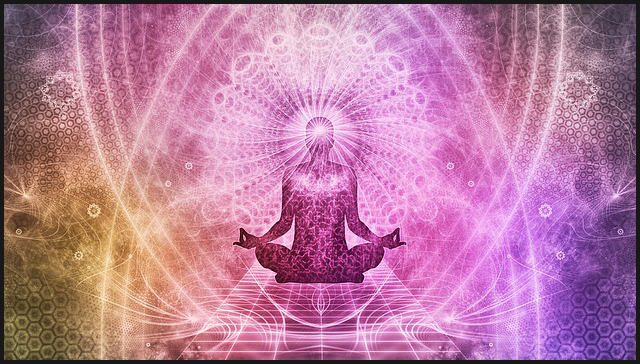 Every being is creating an Aura due to its Soul. Depending on the emotional state it will change, e.g. if somebody is in sorrow, their Aura becomes sad. The Auras of creatures constantly emit Emotions into their surroundings wherever the creatures go. That way every creature leaves behind emotional tracks.

Living beings constantly radiate their Emotions into their Aura, and take those of other Auras they come into contact with. Because of this exchange of Emotions, an Aura stays naturally balanced. If, for some reason, this exchange is massively disturbed, it may happen that a certain Emotion becomes dominant. This, for instance, may happen, if a lot of creatures die during a short time at a certain location, like in wars or mass murders.
This way an Aura can develop around a location, that can be felt. These Auras also attract Ghosts that help strengthen them further. If nothing is done, the Aura might get stronger and more dangerous.

Items may have Auras as well. Those could be created on purpose, e.g. via Mystifications. The item may also be Possessed by a foreign Soul, which of course would also provide it with an Aura.

During every day life, Auras usually don't attract much attention. On the other hand, especially strong Auras may also be felt by an average Lygean. Also, there are some beings and races that are born with a sense for Auras, and well trained Mystics may also be able to read an Aura.
At first glance:
Auras are Fields made of Emotions, that are strengthened or consumed by living beings. If this balance is disturbed, an Aura may also develop around Locations. An Aura usually is not noticed, but can become strong enough to have a noticeable effect.

Remove these ads. Join the Worldbuilders Guild
The Emotions
Mysticism