Known as the most famous tavern in all of Laeseon, the Hidden Lady is always bustling with people. The lively atmosphere is only one of the draws though. The tourism points of being the "birth place" of Zavara Kiss are heavily built upon. Although this is a major component, the tavern still keeps to its roots of a place to relax. The bathhouse has its own draw to the tourists and locals alike. Madame Yvonne Altern is known to be the charismatic owner and tour guide within the walls of the tavern. There's also the rotating crews of bar staff, wait staff, security, and performers. The crew chiefs are well known among the people, but tend to not get attached until they receive this title. This is due to the seasonal nature of this tavern. These include Kegan Dunbar the bartender, Alvera Fondren the storyteller, Telix the chef, Lug Sarn the bouncer, Araton Yolkan the waiter, and Clarance Thornip the host.

The Hidden Lady was intended to house travelers that came through the small town, grant entertainment to the locals with music, provide adequate liquor, and a small-scale bathhouse. It was used as an after dark community center of sorts. Helping facilitate adventurers planning their next moves within the safety of a building while the townsfolks tried to wind down from their day to day lives. After the famous Bard Zavara Kiss was found here however, it has turned the tavern and the town into a popular tourist spot. Still functioning as a bar/inn duo, prices have raised dramatically. It is no longer used as a local spot due to it being overrun by fans of the young bard.

Although not originally created with the basement, the addition helped the tavern immensely. It added plenty of room for the new bathhouses and magically enhanced restrooms. The new addition of enchanted indoor plumbing, and Kingdom wide sewer systems for towns above a certain capacity, created a new appeal to the pub that it didn't previously have. This also created an increase in revenue both from the locals and travelers.

Like the majority of the buildings in Trumore, the Hidden Lady has the outside of a baroque architectural style. The once snow white marble has turned into a beige/grey combo due to the many years of exposure. The veins that run through the pillars that hold up the second floor accentuate the craftmanship. The interior of the building has polished stone and manicured wood planks for the floors. The walls are made of the same weathered marble that adorns the outside of the building. This combination helps bring in the eyes of the customers and put them at ease with the complimenting tones. The addition of the numerous windows help bring in natural light that brings a liveliness to the area.

As previously stated, the famous Bard Zavara Kiss was discovered at this Tavern. After her career took off, more and more tourists began to flood in. Seeing this as an opportunity to capitalize on her fame, she struck a deal with the current owner of the tavern. This started the beginning of the entire town's conversion to a tourist spot, tavern included.

Not only are guided tours commonplace, there are specific packages that are offered as well. Signed memorabilia, items previously owned by Zavara, merchandise, personalized letters, and much more. It gets especially crowded whenever she's in town. One of the more popular packages is the "Life Experience" package. They get to live out her life before she was discovered. This is also known as giving the tavern money to work there. Somehow people still haven't caught on... 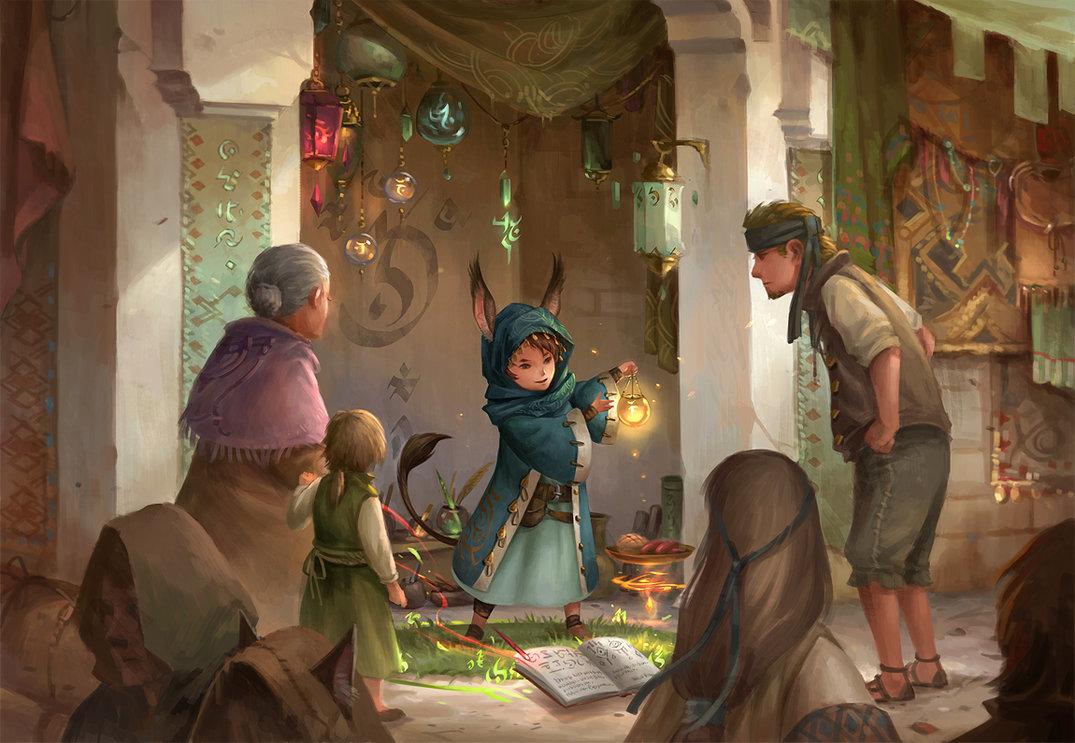 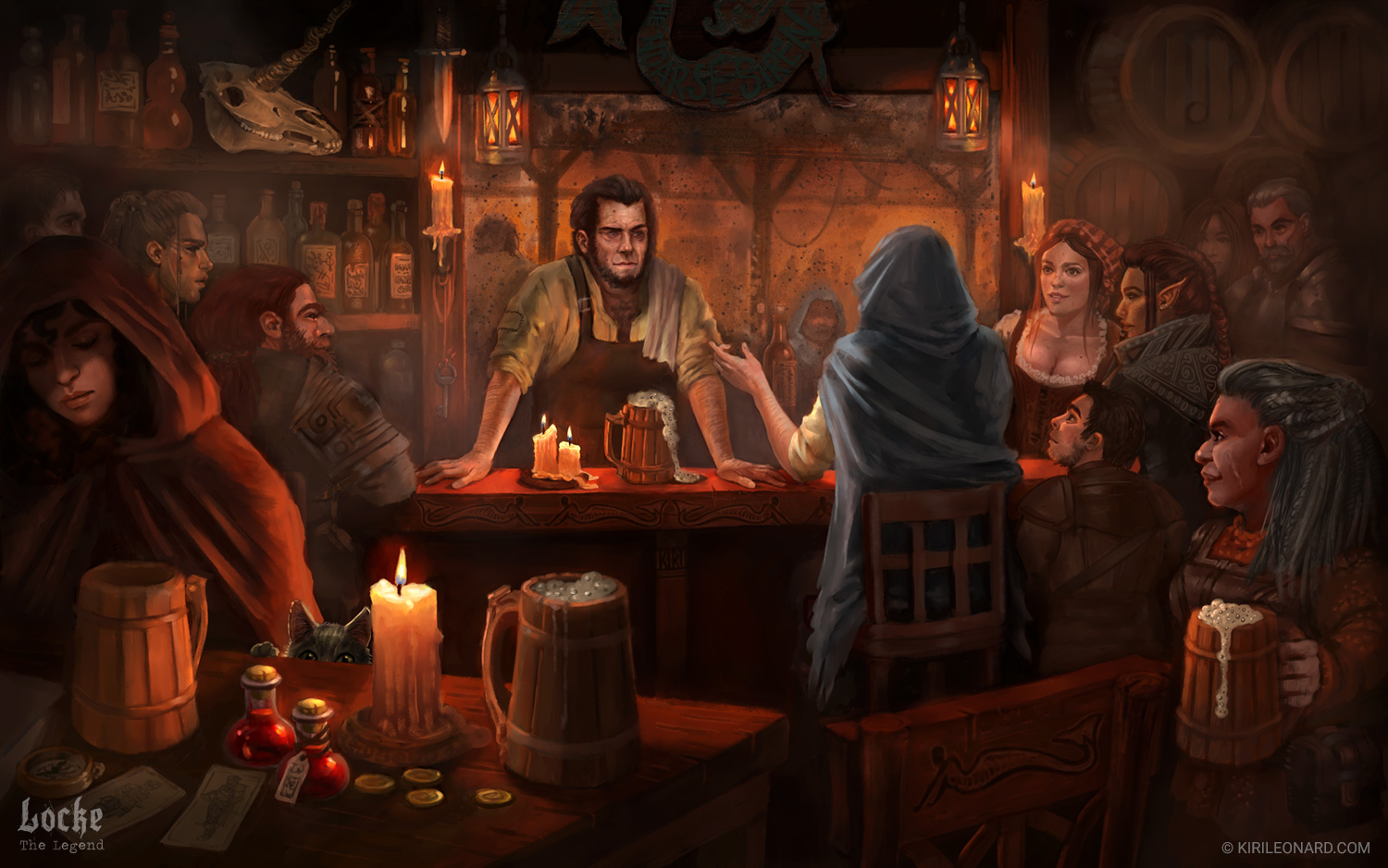 I really like the multi-floor map here, and how you used it as the banner. The place sounds like an interesting luxury.

Thank you! I thought it was a nice way to show the layout. The tavern has definitely gone through a few changes and brings out a very eclectic crowd.

Cool idea and a great overview, I will admit I'm curious for more details, but overall, well done!

I'm glad you liked it! I hope my updates helped quench some of your curiosity for details. If there's anything else you'd recommend feel free to let me know.

I really love the layout and the maps you provided, Do hope you will expand more about the staff and the patrons, But overall a good start to a article!, do check out mine if you wish as well!

Thank you for the constructive criticism! I hope my additions helped convey what you were looking for.

I love the way many potential plots tangle in a single place: the legendary Bard (even though I know nothing of her, but get the feeling that she's incredible), the onset of the development of the village, the change in society, alterations in the building and how they increased the potential of the place.   While reading it, I felt the relaxing vibe of the bathhouse and the promise of delicious food. I've never been to one, so I imagine it as Japanese onsens.   If I were to be picky, I would fill the sidebar and maybe add some images to get the reader's imaginations spinning.   Overall, very neat! Thanks for a good read!

Thank you! I had actually made the bard during the previous challenge so it seemed only natural to flesh out her backstory. I'm glad you enjoyed. I hope the new updates tickle your fancy, I appreciated the advice.