Best known for being the homeplanet of the mekki, a sapient feline species, Erret is host to a variety of life descended from Terran ancestors. It was once terraformed by the Progenitors and had life seeded upon it, all revolving around a species engineered by the Progenitors: highly intelligent felids. Since cats alone can't support an ecosystem, let alone an entire planet, the Progenitors seeded the planet with more Terran wildlife, all centered around ensuring these cats not only survived, but thrived.

Erret is a pretty ordinary world, as far as these things go, meticulously terraformed to be a close match to Terra. It has two major continents, with a third smaller continent, and two large islands, all host to a multitude of climates and biomes. Both large continents also host numerous mountains, with the tallest peak almost 7000 meters tall, placed on the largest continent.

Erret is home to a great many climates and biomes, all of them with their own diverse ecosystems, dynamics, and cycles. Much like one cannot hope to describe all of Earth in a short and comprehensive manner, while still addressing the enormous variety of life our planet hosts, neither can Erret's ecosystem be summarized in such a manner. From its plentiful temperate forests--the most prominent climate on the planet--to the icy tundras and the sweltering savannas, Erret's ecosystems are plentiful and varied.

Erret's life, both fauna and flora, may have been descended from Terran life, but it is entirely unique, separated by (what appears to be) millions of years of evolution. While the top of the food chain is mostly held by felines, distant relatives of Terra's cats, they are adapted far beyond Terran felines, lacking competition from other large (and small) carnivores.   Lower on the food chain, diversity becomes even greater. A small number of bird species were placed upon Erret to fill the space of prey on the land, and an equally small number of fish species were placed in the waters, to maintain oceanic ecosystems and to fill in-land aquatic prey. These animals truly diversified in such an open environment, with so many opportunities. From land-bound running birds, to small flitting birds almost like those of Terra, to enormous oceanic birds hunting where no cat can reach them. From massive whale-like fish, to darting predators, to bizarre abyssal fish. Truly, it was these animals who found freedom in Erret's newly established ecosystems.   Of course, animals are not the only thing living on Erret. None of them could life, never mind thrive, without the presence of plants. Much like their animal counterparts, Erret's flora originates from plants taken from Terra: grasses, deciduous trees, algae, seaweed, and even a few types of flowers. They, too, spread far and beyond what they could've become on Terra, finding themselves in a diverse environment with little competition, countless unfilled niches to explore.

A lively planet, Erret's flora and fauna offer a large variety of resources: the wood of the trees, the meat and pelts of animals, the products of plants. Beyond these, however, Erret is also a rocky planet like Terra, and houses plentiful ores in its stone surface, as well as minerals and precious gemstones. Truly, there is no end to what Erret can offer its inhabitants.

Little is known about Erret before the Progenitors got their hands on the planet. Presumably, it held no life prior to that point, and it may not even have been habitable. The Progenitors terraformed the planet, using unknown machinery to alter the planet's atmosphere and state until it closely resembled Terra. With the planet habitable to Terran life, they then begun seeding it, building up the various ecosystems slowly but surely, from the lowest level of the ecosystem up. One-celled organisms, algae, plants, small prey animals: all were poached from Terra, introduced one by to one to ensure the system wouldn't collapse and kill off all life present. Finally, when the planet was habitable, but lacked any true carnivores, an animal to predate on the prey that had been released, the Progenitors added the reason why this planet had been shaped as it was: a genetically modified felid, a creature with such hodgepodge genetics that it is impossible to trace back when on Terra it originates, nor which Terran felids are its closest relatives.   With the planet seeded with life, the Progenitors left it to its own devices. Life thrived, the few species released all spreading, evolving, adapting to an environment bursting with opportunity, with unfilled niches and brand new places. While the top of the food chain was already filled with these highly intelligent cats, there were plenty of other niches to fill, outside the reach of the landlocked hypercarnivores. They could not fly, nor could they hope to conquer the oceans, not with the various fish already out there.   Eventually, Erret's wild evolution led to the formation of increasingly intelligent felines, capable of grabbing and holding with their hand-like paws. Some of them became bipedal, to make better use of their hands. And, slowly but steadily, they became sapient. Erret became home to budding sapient species, felines who rose above and beyond the rest of their species. But there was one among them which could withstand the tooth of time. One species which proved adaptable enough to last through the natural shifting of their planet, who managed to outcompete all other species: the mekki. In the end, it was them alone who spread across the planet. It was them who developed further, who built societies and cultures, who invented great things. And when Erret joined the greater galaxy, it was the mekki alone who were left to join it.

Oceans: The final frontier. Are there any intelligent species in there? Or do the Mekki simply have no idea? 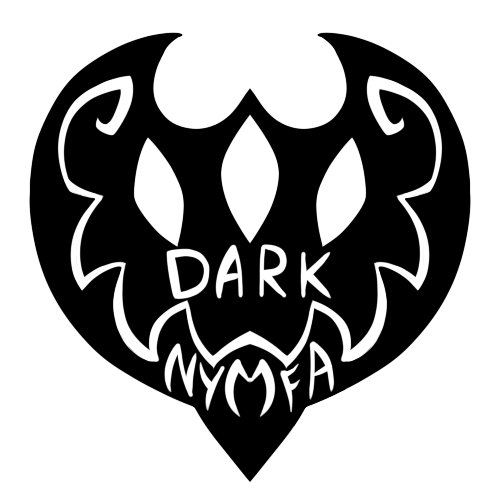 The deep reaches of the oceans haven't been explored well, but the rest is well-known to the modern mekki. They are inhabited pretty much exclusively by descendants of the early fishes with which Erret was seeded, who come in a great variety of forms, but none of which are particularly intelligent, as they've had little reason to develop it. Additionally, the felid ancestors of the mekki (and the other felines that inhabit Erret) were altered by the Progenitors to be highly intelligent (if not quite sapient), thus giving them something of a head-start on the fish and birds. For the lineage that led to the mekki, it was evolutionarily favorable to not only maintain that intelligence, but to further hone it, as their hand-like paws lend themselves well to learning to use tools and such.