Akur: The City of Whispers

"Staying here is... Problematic: If the winds at night don't cause you to end insane, you'll starve in the middle of your newfound wealth, or end up gutted on the streets if you don't pay your mercenaries..." Drummorm, Chief Undertaker of the Bonegrinders Guild     The City of Crumbling Ruins, of the Whispering winds, they City of Sages and Scoundrels, Akur is one of the few cities of the Great Waste that remains inhabited; though their original citizens are long gone, many people seeking to make their fortune outside the Wasteland come here to find some artifact, or scroll, or even knowledge of the ancient empire, for this was a place of learning and magic, until the Great Devastation.

When the Kanathi kings began to expand, they found the City of Whispers, and set about to work: Inside, they found the ground shifted slowly, they found themselves standing on the roofs -or on the walls- if they stood still for days, yet when leaving through the Great Gate, (an impossibly massive door made of solid brass), they were always on the ground when they started. It seemed as if the inside of the cubic vitrified stone structure, the inside was -somehow-, spherical, but the Great Gate was always in its place. This caused them to call this city Sacred, and set about to work.   The Great Gate and the walls were magically carved with bas-reliefs of the gods of old: Ishtar, Nergal, Enki, Tiamat, and several others. The interior was filled with beautiful gardens, public fountains, towers and zigurats honoring the gods, and temples of learning.   After the Great Devastation of the War of Winter's Fire, the walls and roof of the city shattered, making many of its towers and streets collapsed within itself, destroying countless lives, treasures, and artifacts that released untold magic in the streets. 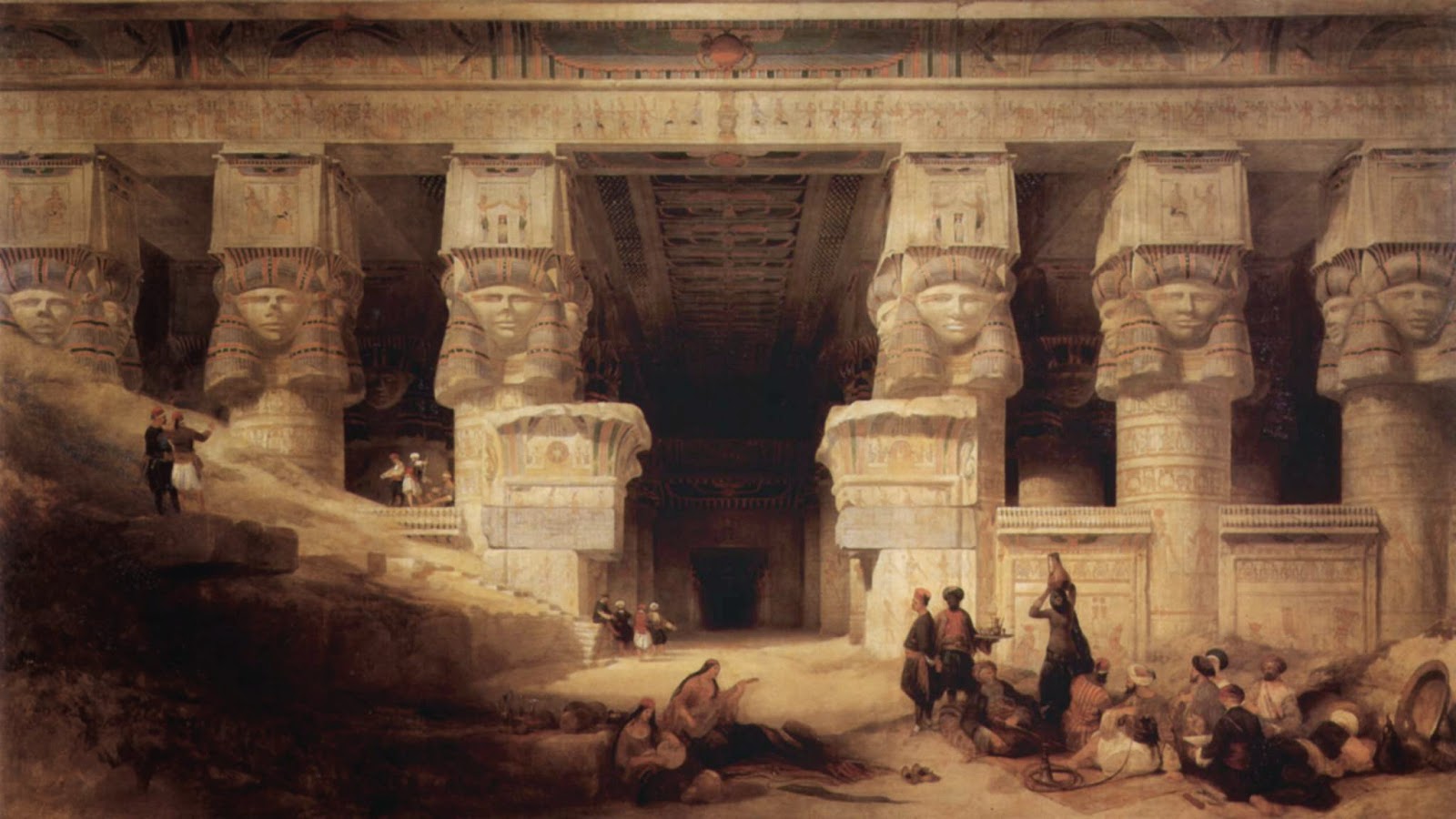 Despite much of the destruction of the Great Devastation, the Heart of Akur remains mostly intact, somehow; its spired and ziggurats remain slightly in one place, and the Great Wall still has the bas-reliefs made by the Kanathi from brick and mud.   Many of the recent inhabitants, looters and adventurers have also made some other buildings, or even accommodate ruins to fit their needs, such as taverns, brothels, and even a few explorer guilds.

Unlike most of the ruined cities in The Great Waste, Akur was built even before the rise of the elves. Some say that the famed Old Ones built this city when the Great Waste was underwater, others suggest that maybe the gods had a hand in it, while some of think it may have been the gnomes.   Regardless, whatever reason or purpose the city was built for, it was lost even before the War of the Winter's Fire.   Today, Akur is now in constant exploration; almost daily, people of different walks of life find something of worth in this place, but, one must be wary: Spending nights in this city may erode one's sanity slowly, and nightmares are a real problem, and many locals have a terrible reputation of being less loyal to the one paying them, and more to themselves, so they have no qualms on a little backstabbing if it means getting a little extra (or so the rumors go also, water and food here are sold at high prices, so some people have died of thirst and starvation due to being ill-prepaped, and emaciated corpses have been found, their stomachs fat on gold coins, sand and trinkets of value, in a vain attempt to quell their thirst and hunger.

RUINED STRUCTURE
The Great Devastation, the War of Winter's Fire.