The Reach is a border fortification in the west of the Duchy of Northampton on the border with the Principality of Remaria. Established in the days of the Kingdom of Northampton, The Reach served to secure the western border of the kingdom agains the encroachment of the disparate tribes that peopled the forests of what is now northern Remaria. Due to the gradual pacification of the tribes, and the long-standing peace between The Kingdom of Brisland and The Principality of Remaria; the outpost has not served a military role in over four hundred years. 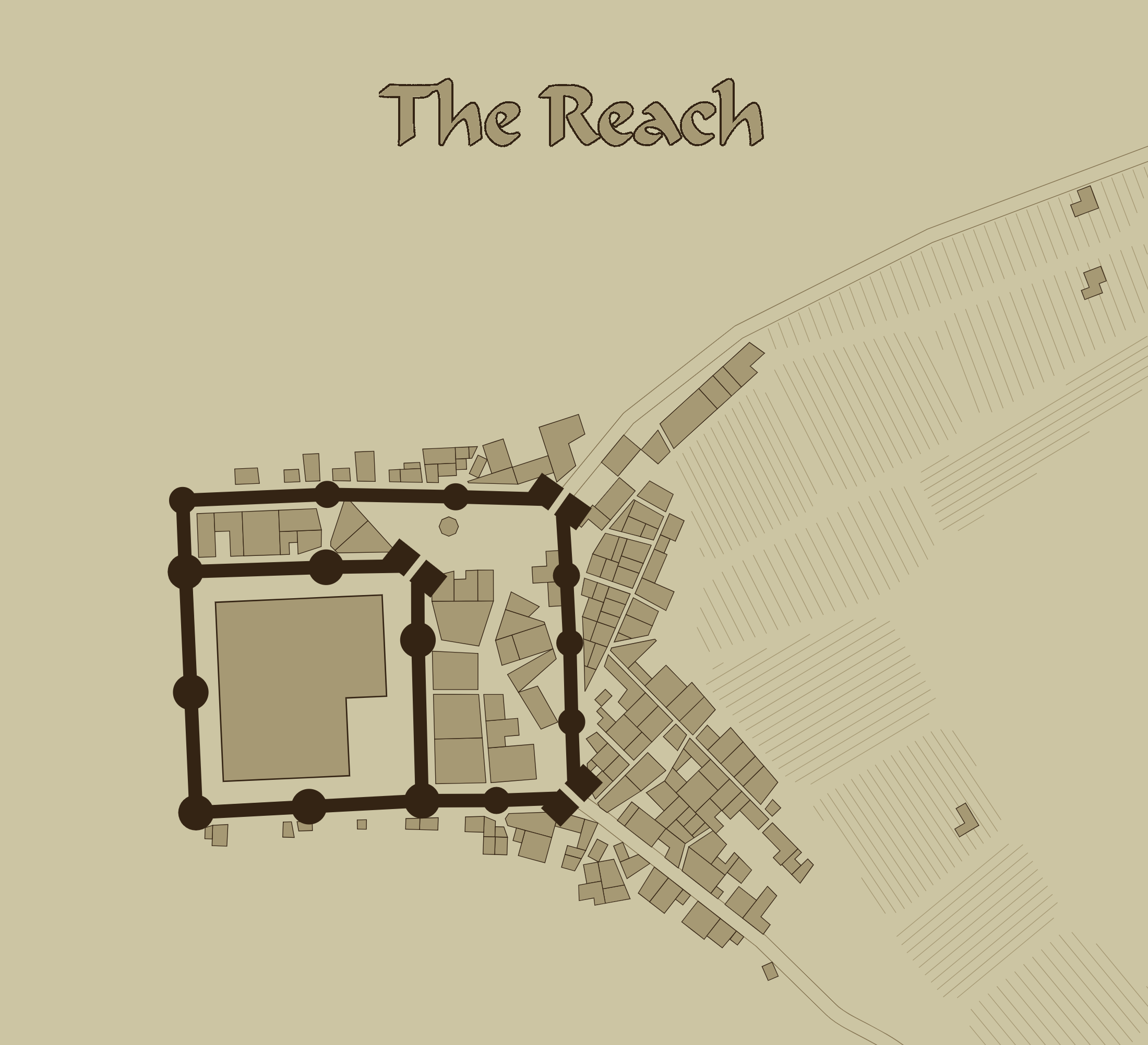 
In the time since its military usefulness has faded, The Reach has adopted a number of other roles. While the keep itself has remained relatively unchanged in form, its function has evolved to suit a more economically-oriented role. A small shanty town has grown up outside the walls, as well. The outpost now serves as a gathering place for loggers, hunters, and trappers who ply their trade in the nearby forest. While The Reach does little to facilitate trade itself, it provides a convenient and secure place for these industrious individuals to pass their goods on to merchant caravans who travel between the outpost and Northampton. It is not unusual to see a Bravani caravan stopping here for a few days, either.

The Earl of The Reach is Bernard Dirkson, and it is he who has the final say on what happens within his holding. There are no other demesnes who swear fealty to the lord of The Reach, so the fortress itself is his only concern. Bernard administers his trusted and noble role more as one would expect one to run a business, and he pockets enough of the coin passing through the walls to reinforce the impression. Plenty of coin still flows to the Duke in Northampton though, so not many questions are asked about what happens at The Reach. 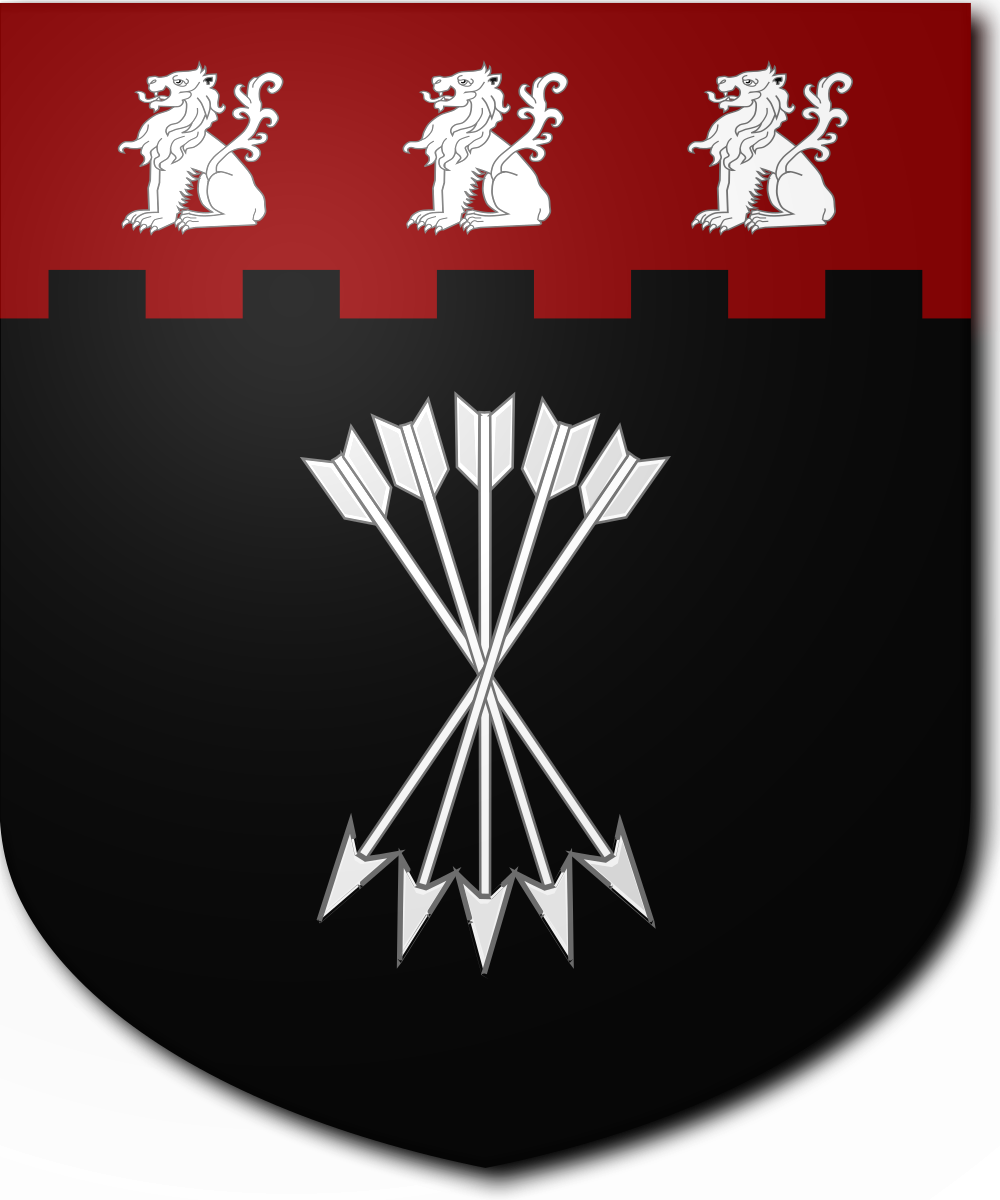 
Due to the large number of foresters, hunters, and merchant caravans who pass through The Reach on a daily basis, the outpost always has a large number of itinerant visitors to accomodate. Fortunately, there are empty barracks, a large main hall, and massive kitchens in the keep. For more than a few generations, the sitting Earl of The Reach has operated the old border fortress as an inn and tavern; as opposed to a military outpost. Anyone is welcome into the keep's main hall, where there is always ample amounts of food, drink, and women. All of these thing, naturally, will cost the visitor some coin to partake in. The barracks in the keep's bailey also has room and bunks suitable to house almost a thousand people - again if they have the coin. 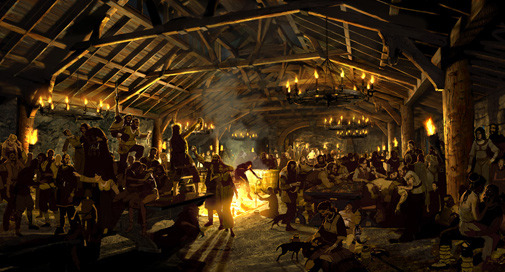