A lithe Emerald Elf woman with striking cobalt tattoos stands a head shorter than her male hunting partners but they turn to her for advice. She speaks softly, but with conviction, as she tells them to move deeper into the forest. She looks to be the same age as those with her, but looks can be deceiving when it comes to the fair races. She is young, barely at maturity for Elves, but she leads the men that are with her with a grace that denotes centuries.   The Outlanders call her the Forestwalker, one who walks effortlessly through the forest, no matter the predator or the prey that follows. Her clan name is ancient, as old as the Outlands, as it strikes fear and awe into those who speak it. She is of the clan Revane, and no one will ever forget who she is.   Nerra Revane was the seventh head of Revane Clan. Her prowess as a huntress had her named the matriarch of her clan long before any other had. Her young age of eighty had many questioning her mother's choice to pass the clan on to Nerra, but it was a choice that propelled the clan upward in the Outlands. She was referred to as Nerra the Forestwalker or Revane, but both names came with respect.   The village of Faelon that Nerra took charge of was one that, while excelling in hunting, often relied more on their gathering and farming abilities than hunting for sustenance. They too frequently missed an opportune kill due to sloppy hunting. Nerra would be the one to change that, to teach others so that soon the whole clan gained the name Forestwalker.   Nerra led the village for nearly two centuries, growing it with more families and hunting grounds. Her mother took a place with the Huntsmen Elders, leaving Nerra to lead the village and eventually begin to groom her own daughter to take over as the matriarch of one of the most well trained Outlander villages. For most of the Eldritch War, Nerra had led Faelon through unscathed, birthing a daughter during some of the worst times of the war, and continuing to fight for the village.   All things must come to an end. It was a tragedy that the village of Faelon and the great Forestwalker found their end on the same day, but Nerra's teachings live on through the various other Outlanders that she taught. 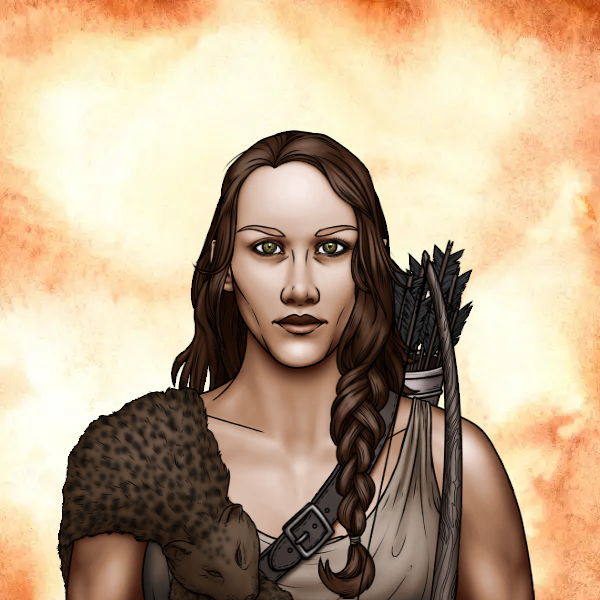 Answering: "Write about an influential woman in your world and what they achieved."
Visit RiverFang's Competition Page Check all other answers to this prompt Competition Homepage