Once known as one of the most famous of the Outlander tribes, the Revane Clan was one of the longest lived, having existed as a prominent tribe since the earliest days of the organized Outlands and the Huntsmen Elders. The Revanes called the village of Faelon home, serving as its keepers since the village was large and bustling until its eventual decline into a small close-knit village. For nearly six hundred years, the Revane Clan was known for their hunting prowess, both the men and women, as well as their sound decisions and leadership that helped the Huntsmen Elders in their earliest days.   Little is known about what became of the Revane Clan in the days after Faelon was ransacked and burned. It is believed that a band of Orcs is to blame for the destruction, but even that fact is highly disputed. No members of the clan survived except for a child, Arlinn, the daughter of the matriarch. Since the ruin of Faelon, historians have argued the facts about what happened to the clan, but the survivor could give no insight, nor did the remains of hte village.

So little is known about the Revane Clan as many of the records and stories were lost during the Eldritch War. The surviving member, Arlinn Revane, is often reluctant to share what little she remembers of bustling clan life and the ruin of Faelon as it is a somewhat painful memory. This leaves historians with very little information about the Revane Clan as a whole.   During the Eldritch War, the clan was led by matriarch Nerra Revane. Known as the Forestwalker, Nerra had perfected a hunting technique that she shared with those in her village. This technique seems to have been lost with the clan and village, although many have tried to recreate it. 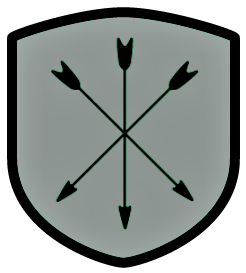 Interesting. I wonder what really happened.