Leaders of the Outlands

For a land that stretches so far, it is odd to only have a single governing body, but much like the Northerners who put their stock in the Knights of Yggdrasil to lead and protect them, so too do the Outlanders put their faith in the Huntsmen Elders.
— Elsabeth Revane, Former Elder

Along the fringes of the Elven Forest where the trees grown thin and begin to become the plains and fantastical trees of the Great Plains and the Fairy King's Wood, villages hide amongst the foliage, full of deft hunters and trackers that know far more about their homeland and the areas surrounding it than most. With miles between villages and such great differences amongst the people that vary in age and skill, it is a wonder that these people find a central force to lead them, one based solely on the hunt that many have dedicated their lives to. Within the trees of the Outlands, those of the Outlander tribe find themselves governed by the Huntsmen Elders.   Often those of the Outlands are considered to be lesser, lacking the social graces that are so common in the Jade Elves of the interior of the Elven Kingdom. The Emerald Elves of the Outlander tribes prefer the solace of the quiet forest, the pride in providing for themselves. This way of life may be slower, but for many here it is prefered. But even those that might be considered "uncivilized" by those in the big cities have their structure and their loyalties. Tribes separated by miles of rough terrain and boughs that hide still must answer to not only their own matriarch, but to the whole of the Outlands.   The Huntsmen Elders have stood for millennia, nearly as long as the Knights of Yggdrasil have guarded the Northern Outposts. While the lives of Elves are long, those on the council serve short, elected terms, often changing over the course of a decade to bring in new ideas and new blood. Their goal is not to govern with an iron fist, but to offer the aid and suggestions that the matriarchs need to care for their homes and tribes.

The Huntsmen Elders consists of a number of men and women that have been elected by the various tribes of the Outlands. Oftentimes, matriarchs of the different tribes are elected after they have served a number of years as the leader of their tribe and have proven their ability to lead and make decisions that benefit all. While this is commonly the case, not all of the Elders are women, as many of the older men of the tribes, especially those that have fought in various conflicts, often become part of the Huntsmen Elders as their experience in battle is incomparable.   Whereas the Silver Elves of Káto believe in the power of the number nine, the Emerald Elves of the Outlands believe in the power of the number thirteen, as that is the number of long-established tribes in the area as well as the number of days often between hunts. Because of this belief, the Huntsmen Elders consists of thirteen members, all elected for terms of five years by all members of the Outlands.   Members of the various tribes vote in small elections, helping the matriarch of their tribe to decide which of the candidates should join the Huntsmen Elders. Once the tribe's vote has been cast, the matriarch will then compile the votes and have discussions with her people on why they made their choices. If the tribe comes to a consensus, the matriarch then casts her vote to the current Elders, completing the process. The entire process is meant to be extremely diplomatic as the Huntsmen Elders are supposed to be the most knowledgeable of the Outlanders, serving the various tribes in a variety of capacities. 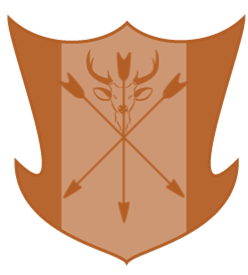 I'm curious what the longest term a hunstman elder has served is. This sounds like an interesting system of government. :)