The Neverwinter Wood is a small forest in the realm of Palisana, near the west coast of Imminar's central landmass. The Triboar Trail winds through the wood on its way past the small mining town of Phandalin, connecting the trade route around the edge of the Nibel Forest with the King's Road that runs up the coast. The wood is named for its extremely mild winters (a trait it shares with nearby Phandalin) where many of the deciduous trees manage to keep their leaves.   Recently the Neverwinter Wood has become a popular hiding place for thieves, brigands, and bandits, who prey on the caravans running from Tirian along the Triboar Trail (either to Phandalin, or going through Nibel to the kingdom of Gaminth). Palisana has put out a traveler's notice for the region, warning travelers to be wary, and merchants to hire extra protection when bringing goods through the area. 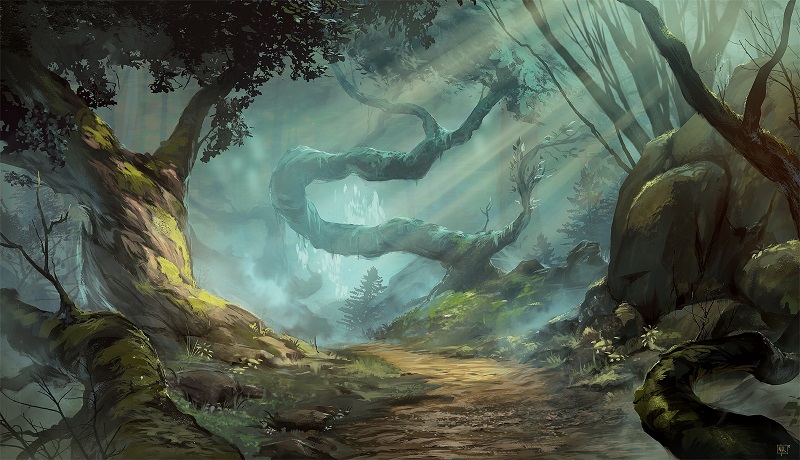