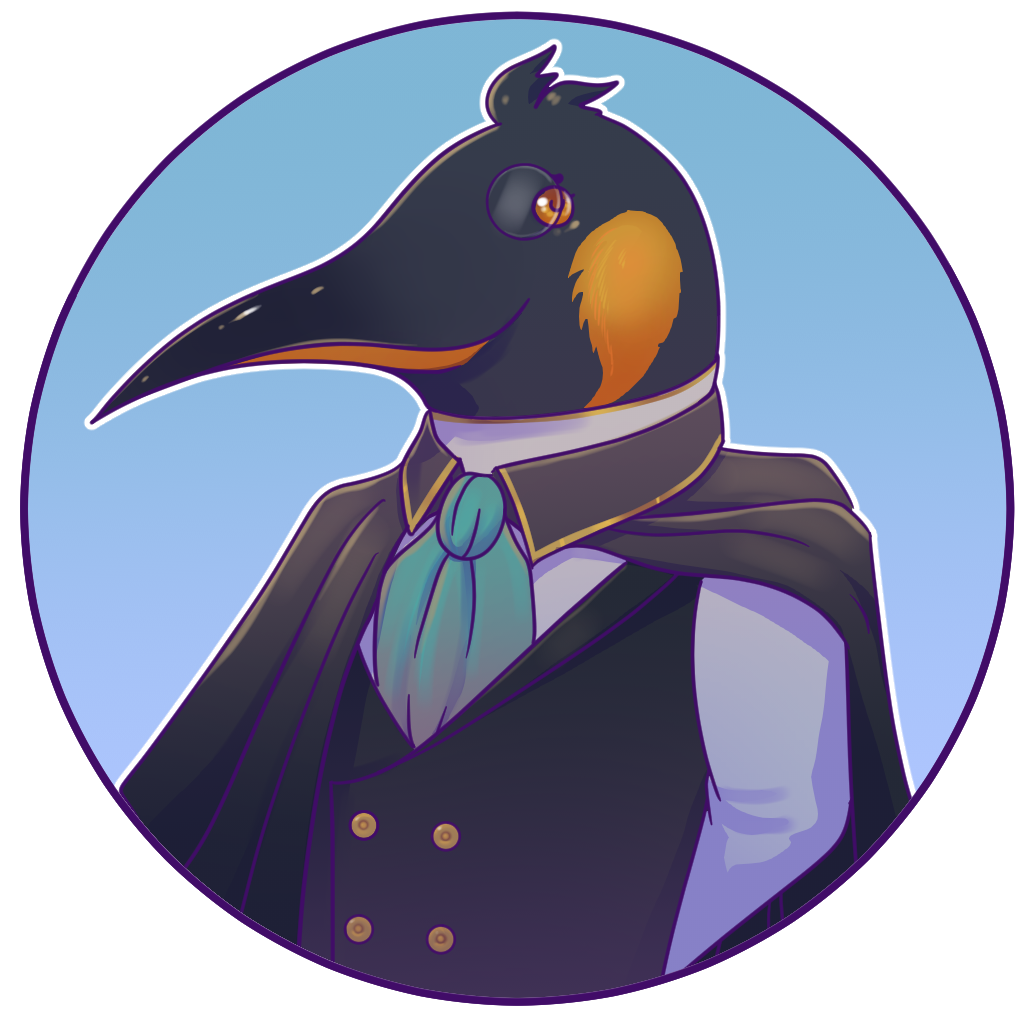 Ability
Cost
Magic Eye
1
You briefly gain the ability to see beyond physical reality. For the next hour, you are able to see the following: magic. A faint aura surrounds any person or object currently affected by magic. illusion. Any illusory creature or object slightly flickers, but you do not see its true form.
Ability
Cost
Whisper
0 or 1
0: You telepathically send a message to a nearby creature. They know you are speaking from within their mind, but they hear you as if you were speaking out loud.   1: You create a link with the creature that allows them to respond to your whisper. If they respond, you may have a telepathic conversation with them for the next minute.
Ability
Cost
Little Bird
1
You summon an illusory bird somewhere nearby that keeps watch over an area that it can see. It remains there until you dismiss it. You may only have one Little Bird at a time.You share a telepathic link with the bird. It will message you when it witnesses something you specify, like a specific creature entering a room or a door opening. The bird will wake you up to tell you what it sees if you are sleeping.
Ability
Cost
Scintillate
0
You extend your fingers outward, and a streaking bolt of sparks shoots toward a target you can see. Roll the die to see if it hits the target successfully.You may make the bolt explode on contact with crackling energy, hitting the target for 2 HP. Or you can make the bolt a harmless firework that explodes in the air, creating a pattern of any shape and color.
Ability
Cost
Bedazzle
4
You summon four prismatic bolts that sparkle brilliantly. You may direct each bolt toward any target you can see.The bolts each hit for 2 HP. If all four hit a single creature, the creature is affected by your Mesmerize ability (p. 84).
Ability
Cost
Splitting Image
1
You vanish momentarily, reappearing with two illusory duplicates at your side. Your duplicates travel alongside you and perfectly mimic all of your movements. If a creature attempts to target you, the Guide must flip a coin. If it turns up "heads," you are targeted; on "tails" one of your duplicates is targeted. If one of your duplicates takes damage, it disappears.
Ability
Cost
Magic Strike
0 or 2
0: You must be holding a pointed object like a wand, staff, or sword to use this spell. You use it to shoot a shimmering missile of force in a straight line at a target you can see, dealing 2 damage.
2: You overload the missile, increasing its damage to 4 and hitting the target automatically. You do not need to roll the die if you overload the spell.
Ability
Cost
Kindle
0
You rub your hands together, causing a flammable object you can see nearby to ignite in flame. The spell can ignite textiles, wood, paper, and other combustible material. This spell cannot be used directly on creatures, but it can be used to ignite flammable things they are wearing or carrying. Igniting something on a creature deals 1 damage to them.
Ability
Cost
Clap
2
You clap your hands, creating a thunderous wave of force in the direction you are facing. The wave hits up to 3 nearby creatures for 2 HP. If affected creatures are the size of a horse or smaller, they are also knocked to the ground.
Ability
Cost
Telekinesis
1 or X
You move a nearby creature or object using only your mind.
1: You may move an object or creature no larger than an elephant. If you move it gently, you can control it for up to 10 seconds. Or you may forcefully throw it up to 5 meters away and hit it for 2 HP.
X: You may increase the power of this ability by spending additional AP. For each AP you spend, you may increase the distance you can throw the, creature by 5 meters, and the damage they take by 2 HP. (For example, if you spend 5 AP, you can throw a target 25 meters and deal 10 damage.)
Ability
Cost
Last Light
3 or 5
You must be holding a pointed object like a wand, staff, or sword to use this spell.
3: You momentarily channel a blinding beam of focused light in a straight line at a target you can see, dealing 6 damage. The light ignites anything flammable that it touches, melts a hole in steel objects, and sears organic matter.
5: You overload the beam. It instantly kills commoners and minions and deals 12 damage to bosses. If Last Light kills the target, it disintegrates into ash. The beam created by Last Light can be deflected by mirrors.

Rapier (in a cane sheath)
Pistol and Ammo
Uniform Shield
Skycaller Amulets
Echo
Echo was a ring belonging to a legendary assassin who hunted magic users across planes of existence. Whenever a harmful spell successfully takes effect on its wearer, the ring automatically duplicates the spell, immediately casting it on the spell’s source.
RIP AND TEAR (Chainsaw)
3 damage Chainsaw, Dangerous to Wield,
10ap: When you use this ability you are unable to be killed not by gods or men for the next 24 hours, you can still be maimed or captured.
If you attack a foe with this weapon while active any success kills commoners or minions, any tough choice is wildly dangerous to enemies allies and surrounding environments. A Failure is not an option lose a limb and roll again Questionful quill
This anachronistically named magic pen can sense whether nearby creatures are hiding information that is pertinent to one of its owner’s curiosities.
1 AP. You activate the pen’s magic wisdom. It helps you write a leading question that will help you reveal a secret in conversation. (The Guide will provide this question.)

[During "Tongue and Teeth"]
Had a flashback to his coma where he realized that he can reach into the vast lives and worlds that the Librarian erased. And can be aware of/assume the persona/personallities.
Can't fully control this to do this at will but in certain situations he can become aware of it.
Will stay fully in control of his own mind. 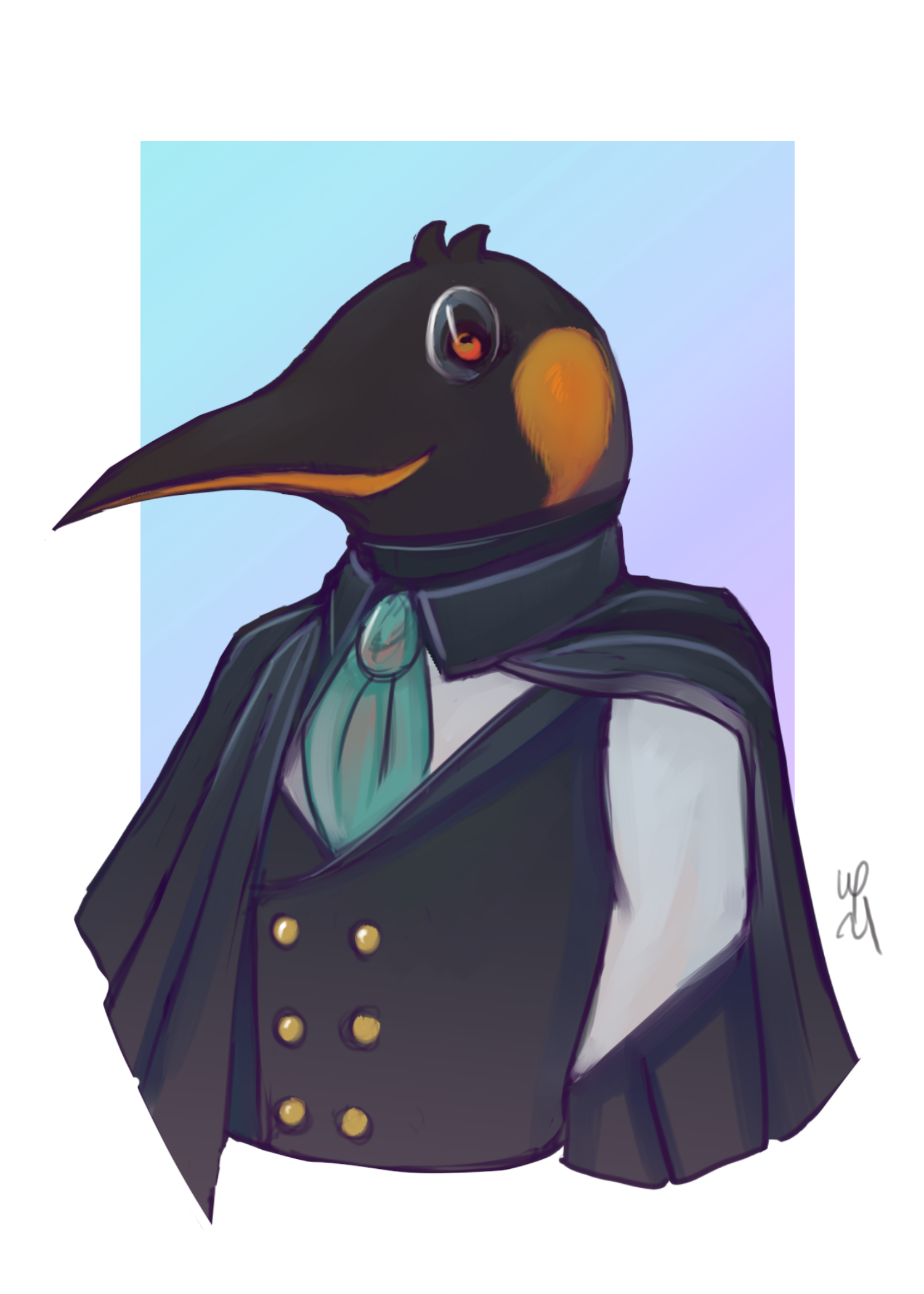 Hi I am Patagon (he / him). A 25 years old and three and half foot tall. My duty is Switchboard Operator with Magician / Wizard role. When people see me, they first notice my dexterous flippers, beak, and webbed feet.