Marcus Burnhardt (a.k.a. The Tailor)

multicolored skin and eyes, varying every time he wakes up.

Marcus wears multiple heavy variations on the Wanderpus uniform. His tools are standard issue equipment, and a portable sewing kit.

Until the HTML Wanderpus, Marcus Burnhardt led an isolated life in some of the biggest cities in the United States. He was born March 1910 CE in New York city to a US-born-born German father and a Russian immigrant mother. He was born with mottled, technicolor skin, changing in pattern and color every time he woke up. As far as his parents told him, nobody else in either family has, or had, this same 'condition'. The family traveled up and down the east coast a lot, moving for work, or opportunities, or whenever Marcus' makeup faded enough in public to reveal how he actually looked to the neighbors.     Marcus' education was a mix of homeschooling and working in the back of his father's various tailoring shops. It was in the shop that he learned the tricks of the fabric arts, and it's everywhere outside that shop that he learned the tricks of hiding his person, his looks, and his identity. Marcus quickly became skilled at both, and soon he was the secret junior employee at Burnhardt Tailoring in northern New Jersey.       It was a living, but not much of a life. Marcus felt his own talents, and his desire to make clothes that matched his real appearance, were stifled by the demands and fashions of the day. And so, when the stock market crash took his father's business with it, young Marcus decided to go out on his own.       A very foggy morning led Marcus to a recruiter, looking for people with experience in garment sewing. The first thing Marcus noticed is how he fit that description. The second thing he noticed was how the recruiter appeared to be some sort of multi-limbed hybrid of human and deer in an ill-fitting and hastily adjusted uniform. The third was that he wasn't in New Jersey anymore, but instead on some island, with more variations of person, creature, and otherwise than he had ever seen.       Marcus jumped at the chance immediately. He had... some difficulties during training. He had multiple meetings about what parts of the dress and uniform code can be stretched, and which parts absolutely cannot. He also may or may not have made a nemesis thanks to an errant shot during weapons training. But if nothing else, a varied ship like the HTML Wanderpus always needs a tailor on staff. And at least for now, the captain has allowed Marcus to experiment with his work in the process. Now this? This could be a good life.

Accidentally shot a fellow recruit during training. Might have one or more nemeses.

Marcus tends to be paranoid, particularly in what others think of him.

Always fastidious about being clean. 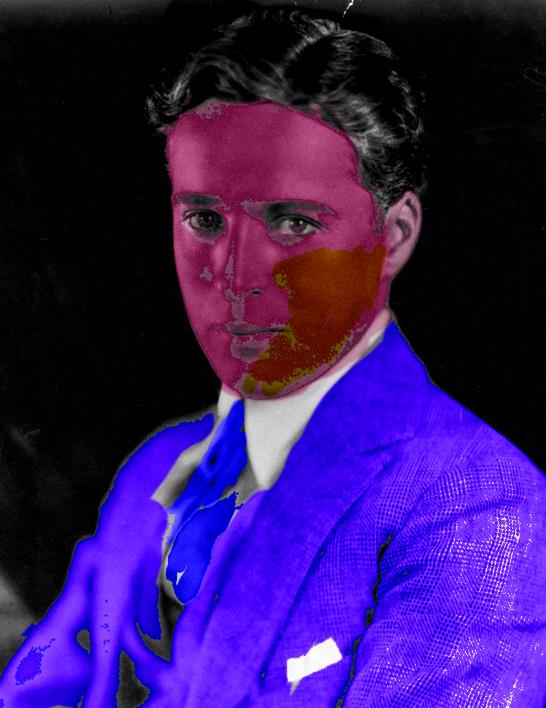 Marcus is the tailor and lead rift sealer on the HTML Wanderpus. He is always trying to stretch the ship's dress code, and looks primarily human except with technicolor skin that changes daily.

Project: Wanderpus Uniform - Honey Banks Design Notes: Quadraped, buttoned wing slits. Context Notes: The costume did great at the tournament! Well, mostly. There was a point where the Captain got hit with a bad attack, and got a major tear that I had to run and fix. The crowd seemed to really quiet down after that, too - I guess there are prudish types here, too. At the least, she did her usual stuff and managed to inspire one of her opponents good enough to get them on the crew. She's named Honey banks, and her uniform is going to be a challenge.   I've had to do some work for quadripeds, and for winged people, but not both at the same time. Hopefully she ends up liking the customizations I'll add, but only time will tell.

Project: Wrestling costume - The Captain Design notes: Full Body, Extra flashy, Extra lower body room Context Notes: I'm finally getting a chance to really cut loose with my designs! Turns out when I went back to the bar, there was some group advertising a wrestling tournament nearby. The next thing I know, some of the other crew members end up in a mini arm wrestling tournament to see who will represent lockstitch. Of course, the Captain had to restore order when things went too far, and that was more than enough to convince the advertisers that she was the person for the job.   Things only snowballed from there, and soon enough I ended up talking with the Captain to make a great special uniform for her! Something to disguise her identity, but also show off. I had to sneak on the ship in drydock to make some sample designs and take them back, but it was worth it.   The captain has made some adjustments, and actually trusted me enough to give me all of her necessary measurements. Somehow, I never realized she stands on a set of tenacles rather than legs. Shows the benefits of good tailoring, there, although it'll make my plan for tigher legging more difficult. Well, I didn't sign up for an easy job, so I'll just have to make it work. And for someone like the Captain, I need to make it work.

Project: N/A Design Notes: Need makeup to disguise self from Captain Context Notes: So. I brought out my Tlalli project into the open air to test how it generally fit and whether the feathers got in the way. Then I saw the Captain. There has to be some way I can find enough makeup to cover my face up entirely and hide from her.

Project: Feathered Jacket - Tlalli Sleekfoot Design notes: Uniform jacket base, pinions end before wrist Context Notes: That could have gone a lot better. I ended up as part of a makeshift team to barter for out-of-world artifacts. I got some magical items, but nothing amazing. I also met with a wonderful singer, who heard some out-of-world music, and gave us a good lead on a rift location. I also think she could be helpful at lockstitch, assuming I get a chance to talk with her officially. But, I also accidentally ripped a very nice suit, and got involved in a minor diplomatic incident that could have become a major diplomatic incident. It was made worse when a fellow part of the navigation department put on a magical mask and couldn't get it off again. I do have to admit Tlalli looks great with the feathers, at least, so I'm working on something for after that gets fixed.

Project: Wanderpus Uniform - Marcus Burnhardt Design Notes: Pinnable sleeves, extra hidden pockets Context Notes: Well, it's not like anyone else is going to see my project sheets, so this is as good a place as any to remind myself what happened. At least this one is easy: I finally graduated from the academy, and I've been assigned to the Wanderpus! I even have my own little work space on the ship! I guess technically, it's for rift sealing materials, but there's not much space needed for that, as opposed to keeping everyone's uniforms not all torn.