Oh my! She looks wonderful!
— A fan of the Beauty Contest viewing a Participant

Taria the Goddess of Creation, is loved by many Atharians across the world. It is her Light which blesses them with life and many people gather for different reasons to celebrate this.   In Empire City, a contest is held every Summer where many people across Atharia gather to compete. The winner of the contest is crowned the Most Celestial.

On the Day of Summer, when the Taria's Light is at it's highest and the day is the longest, a contest is held in Empire City where particiants compete to be the Most Celestial.   The Most Celestial commonly means they are the most beautiful, though officially this does not just mean by looks. In the Ledger of Beauty, in other words the contest's rulebook, states "beauty not only lies within the eyes of the beholder, but also within the heart. There is inner beauty, as well as outer." However there are many who claim the contest is objectifying, judgemental and unkind to many.

There are multiple awards one can win. The oldest of them all is the Most Celestial Shoes award, which scholars have countless records backing this up. In total there are X awards to win, including the top award of the Most Celestial Award; which encompasses beauty as a whole.

The contest began in YEAR_OF_START by a tailor merchant partnership of A & L Ven's Shoes, which at first the contest was a footwear competition where competitors would submit designs to be chosen for the next design of shoes.   This then expanded into other Awards such as the Most Celestial top, pants, dress then eventually body, soul and a whole range of creative beauty.

There are many people who oppose this contest. Many of the devout of Taria's Order believe that all of Taria's children are the most celestial and a contest is unnecessary. A lot of people also agree with this sentiment who would also claim the contest is bad for society as a whole, especially as it promotes negative materialistic views. 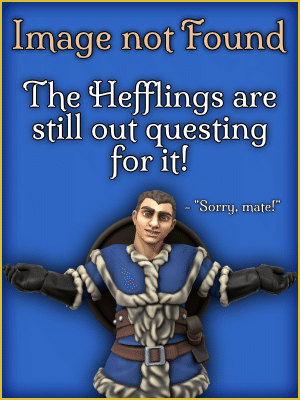 The capital of the Lorlundian Empire. It is said the capital has been standing since the Start of Time, as it is the core of the Empire. The city is the largest city in the world, with 4 tiers which lead up to the Emporer's Palace in the centre.

Since what Lorlundians call the Start of Time, the empire once ruled the world. However, after many wars, the world is now divided into 6 realms with the Lorlundian Empire as one of them. The Empire is still a great power, especially in its trade.

A luxurious shoemaker business ran by a partnership of tailers, and brothers, Alberto Ven and Lestus Ven. They have many stores in cities across the world, which their main workshop is in Empire City. They create shoes of many designs. The most popular of them all are the Elfkind inspired designs.
SC21 Articles

Answering: "a festival associated with a celestial body"
Visit Heffé's Competition Page Check all other answers to this prompt Competition Homepage

So this more a competition to design stuff than to judge physical beauty? At least it's the impression I got from the second half, though the first half leans more on physical beauty so I'm not really sure :p Anyway, I like the inclusion of design of clothes and shoes rather than just have a beauty pageant :D

Perhaps I need to explain it more, or show it somewhere.. somehow. At the core, or perhaps what many believe it to be, it's about the whole concept of beauty. However, many see that differently and the contest, at least the top award, has a lot of stigma of "judging a book by it's cover".   I think it's something which definitely might need either a longer article to explain or something more. I'm sure my execution of highlighting the issues and broader concepts of this topic might need some work in the future. Its fun to explore it too.   Anyway, I'm glad you like it! thank you :D

This then expanded into other Awards such as the Most Celestial top, pants, dress then eventually body, soul and a whole range of creative beauty.

I quite like this concept--interesting that it began with materialistic aims and then expanded into something broader to worship the goddess, AND that it has such conflicting views surrounding it. Nicely done Heffe!
You are doing a great job! Keep creating; I believe in you!
Luridity: Love is love, and chivalry is most certainly not dead. A galaxy of sweet, silly, sensual & downright sexy characters, their lives, & their loves. Contains NSFW content.

Hehe, yeah I can't mention fashion without elfkind shoes :P   I do enjoy picking a concept/issue and exploring it through worldbuilding; especially with the more complex topics such as this one. Like, what is 'true' beauty? And, well, Atharians have their opinions on that too :P   I'm glad you like that article and thank you for the comment! ♥

A & L Ven's Shoes! XD I like how controversial this contest is, even though everyone is eligible to compete.