Before you continue, do note that this story world exists in the form of a modification for GTA: San Andreas. I am essentially using the game as an engine to create something of a visual, interactive novel, as a way of uniting my passions of writing and mod development. 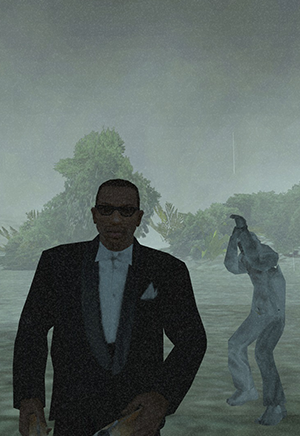 The year is 1997. The state of San Andreas has lay calm in the aftermath of the explosive events of GTA: San Andreas . After the death of his brother Sweet, Carl "CJ" Johnson has finally turned his back entirely upon his old "gang banging" days, aiming to finally do something good with his life for once.   To this end, CJ contacted an old acquaintance, Mike Toreno, for help getting onto the path of the straight and narrow. In recognition of the extraordinary feats he pulled off during the events of GTA: San Andreas, Mike managed to get CJ's record scrubbed clean, and landed him with a fancy job as an agent of the Central Intelligence Agency. It was not long until CJ's performance earned him a transfer to Prospero, a private organisation dealing in the investigation of any and all anomalous entities and phenomenon. CJ's life has been quiet, with report after report of anomalous phenomenon that turned out to be either entirely explainable, or outright bogus. Until now.   As the story begins, long-rumoured myths of the land - such as Bigfoot, the Yeti, Piggsy, and many more - begin to invade the once peaceful lands of San Andreas. Do CJ and Prospero have what it takes to control the situation and keep the public safe? And can Prospero's illusive leader, The Custodian, be taken at his word? Whatever happens, the result will change San Andreas and the world as known for good.     X-Files IV is a mod presently in development for GTA: San Andreas, a classic game released in 2005 that is dead for most, but not for stubborn individuals like myself. The mod aims to add many well-known - and lesser-known - myths to the game, such as Bigfoot, Leatherface, the Yeti, and many, many more. Gameplay currently consists of two gamemodes: Storymode, and Freemode. 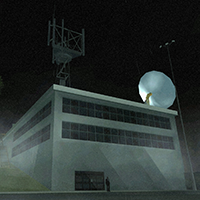 Storymode is a handcrafted narrative that follows the actions of Carl Johnson as he attempts to deal with the realisation of the myths. Under orders from The Custodian, he must journey around San Andreas with all his wits behind him to get to the bottom of the arrival of the myths, and find a way to stop them once and for all, whilst ensuring the safety of the public. However, the myths are not the sum of his issues. Making things more difficult are the timely interventions of a would-be vigilante with unknown motivations, and also the shady and seemingly corrupt actions and motivations of The Custodian himself. Does CJ have what it takes to stop the threat, or will San Andreas be plunged into paranormal chaos? Storymode is the premier and most feature-complete game mode, and where most content is focused. 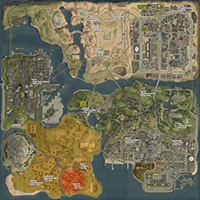 Freemode is another style of play in X-Files IV, and offers a style of gameplay more akin to that seen in the mod's predecessors, such as X-Files II . Unlike Storymode, Freemode offers a complete sandbox environment where players are free to do whatever they wish. Hunt as many or as few myths as you like, over whatever timespan you choose, in whatever order you desire, using whatever tactics you see fit. As it's name would suggest, freedom is a central tenet of Freemode, and almost all features are available right off the bat. As Freemode is not subject to the narrative constraints of Storymode, it features many, many more myths, some of which have seldom been seen in myth mods prior. These include Mothman, the Werewolf, and Slender Man, as well as many other artisan anomalous occurrences. Do whatever, fight whichever. Or even die wherever.