Bounty of the Sea Festival

A celebration of seafood and fishing

The Bounty of the Sea festival is an annual celebration of Nereus, Lord of Water, held in Port Haven. This ten day festival attracts people from all over Serukis, both for religious reasons and for the sheer variety of seafood available during the celebration.

Port Haven is the capital city of the Lordship of the High Lord Vaifale, whose patron Lord is Nereus. Almost as a consequence of this, Port Haven grew into Serukis's biggest port and fishing hub.   Originally, the Bounty of the Sea festival was a celebration of the end of the major fishing season as a way to give thanks to Nereus for keeping the fishermen safe for another year. The festival is traditionally held in mid-autumn, when most fishermen returned home to the city for the winter.   As the years have gone by, the festival has also become a celebration of the food that comes from the sea. Whilst religion still plays a major part in the festival, whole streets become markets and a party atmosphere descends over the whole city.

Each day of the festival, Priests of Nereus hold two ceremonies - one at dawn and one at dusk.
The ceremony at dawn is held on the beach. The priests head to the water to say prayers and welcome the sun as it rises over the sea.   During daylight hours, the Priests of Nereus remain in their temples to pray and give blessings to anyone who wants them. Fishermen in particular usually visit the main temple of Nereus in Port Haven at least once during the festival to give their thanks for a good summer's fishing. 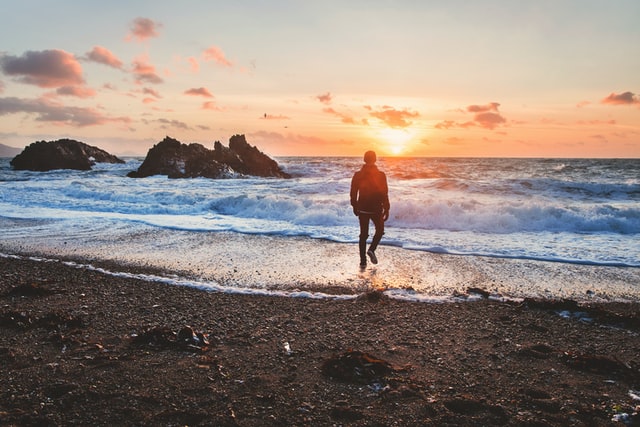 by Joshua Earle
At dusk, the priests head back to the beach for the second ceremony of the day. They watch the sun set and more prayers are said.   During the night hours, the priests are free to wander the city, telling tales of Nereus and partaking in the bounty of the sea.

The street markets of the Bounty of the Sea festival are famous across Serukis. Normal city streets, for the duration of the festival, become bustling markets selling all manner of food and trinkets that have come from the sea.   The food stalls sell both Seruic staples and exotic delacies. Grilled fish, fried tentacles and sea vegetables are sold alongside candied crab legs and seaweed jam. There is also one memorable stall that sells wine made from seaweed, though the beverage is not a delicacy most people try twice.   Other stalls sell items such sea shells and painted pebbles as lucky or religious charms. At the stalls of artisans, wind chimes and jewellery made from shells are common in the markets.   At night time, massive street parties take over the markets, with dancing, singing and flowing ale. 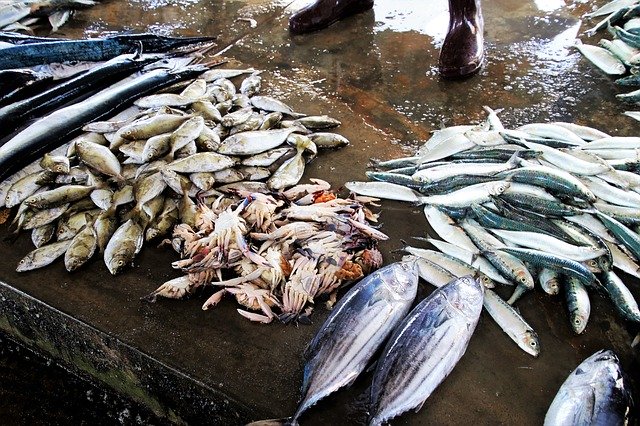 A Feast at the Palace of Shells

On the last day of the festival, High Lord Vaifale holds a feast at his castle, a place known as the Palace of Shells. One hundred people are invited from across Port Haven for a sumptuous ten course meal - all seafood, of course.   It is not known what makes a person eligible for an invitation to the Palace. Anyone can find themselves with an invite, from city guards or tavern keepers to beggars or prostitutes.

Articles under Bounty of the Sea Festival

An honourary title given at the Bounty of the Sea festival to the person that brings High Lord Vaifale the best fish.

Answering: "Write about a food-focussed event in your world and describe how it's celebrated."
Visit Serukis's Competition Page Check all other answers to this prompt Competition Homepage

This article was written as part of Summer Camp 2020.   Prompt: Write about a food-focused event in your world and describe how it is celebrated.

A ten course meal? I'd probably pass out of a food coma by course 3, I wonder if this is a capital offence of some kind. Reading this article reminded me of the smell of the sea and now I really wish I was by a beach at 6am in the morning.

Thank you! I think I'd pass out as well, but I reckon the High Lord may take offence at that! I live in a seaside town so I definitely took inspiration from that.

Great detail and lovely presentation - a great celebration of the sea. :)

Oh my goodness, ten courses. I wouldn't make it past the first three I think. It all sounds delicious though. I do wish I could stroll down the many streets of this market. It must be an amazing time.

Right? I think I would have to just nibble each of the courses haha. Thank you! :)