The Bél Piros, more commonly known by the exonyms "the Flesh Guild," and "the Red Veil," is an Isord-based guild dedicated to providing healing and medical treatment to all classes. It trains and employs its own medical staff, accepting novices of all ages and all affinities. As such, not every member of the so-called "Flesh Guild" is a shaper of the Flesh contrary to popular belief. However, every individual in high-ranking positions, such as members of the Skargen, is one. It has been reported that less than half of the 3,280 members worldwide have the red affinity. 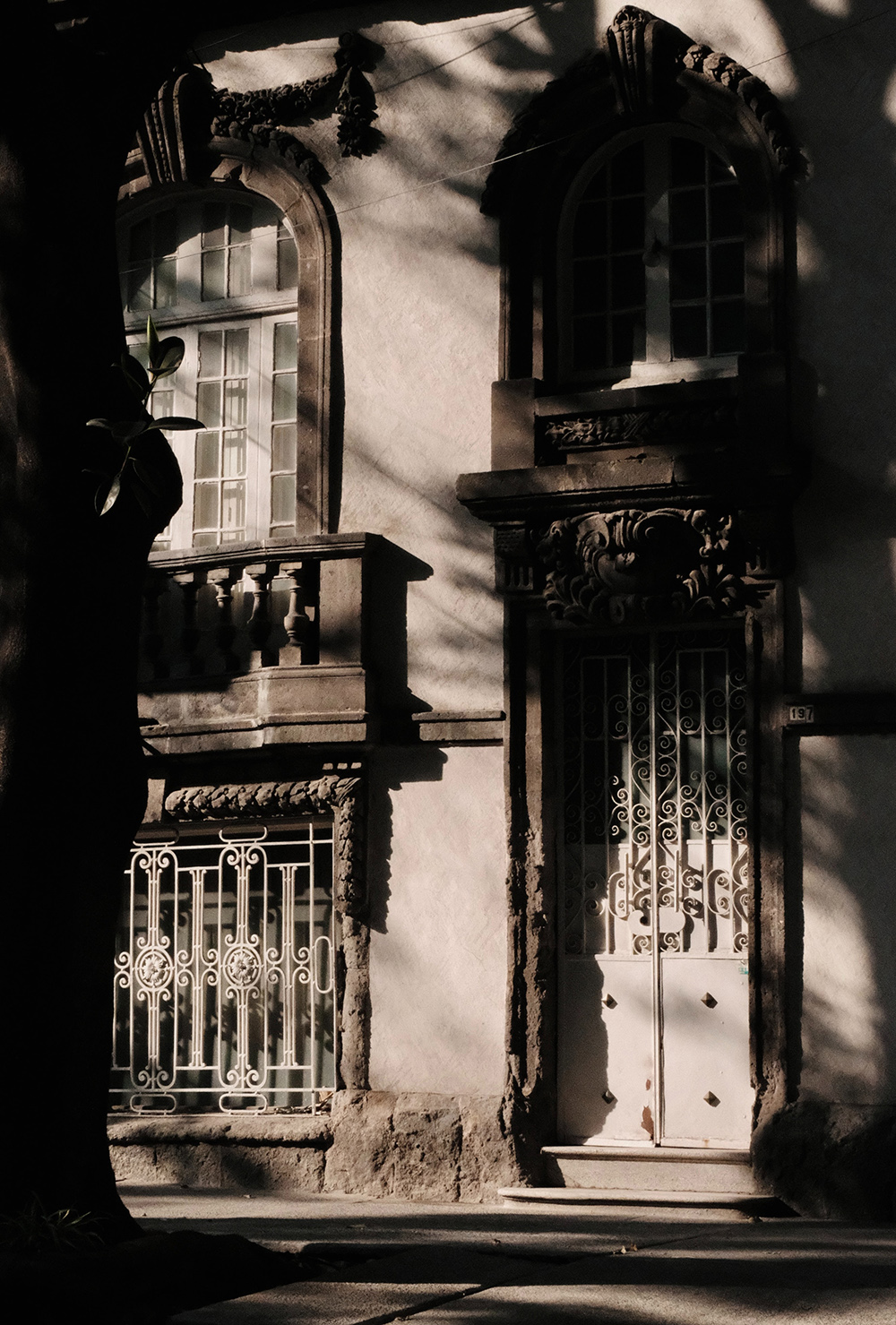 by Jocelyn Morales
The entrance to a hjelbrede

The guild offers treatment from anything as trivial as coughs to life extension. One may request their services in a hjelbrede ("healing house"), which can be found across Isord, the Heartlands and Asura. Pricing is equally varied depending on the type of treatment that is taken. Healers are separated into two groups called the høyeve and the nedreve.
The høyeve consist of shapers of the Flesh. As very few can cause substantial changes individually, the høyeve are hired in units called skaplin, consisting of three shapers. They are reserved for the nobility in very expensive rejuvenation treatments, which includes the alteration of physical appearances in order to appear more youthful. Though they cannot fully cure the effects of ambience corrosion, the høyeve may restrain it from taking effect, keeping the afflicted individual in a state where they show no symptoms but require regular treatment. With specialised equipment and a large number of skaplins working together collectively, they can use their affinity to grow back missing limbs and even organs. However, their powers cannot affect the mind or the brain, which lies in the ianthine realm of the Mysteries (specifically the Mind).
The nedreve are people of all other affinities or shapers of the Flesh who did not pass their graduation examination or rite of passage. Statistically, their treatment is highly effective and substantially cheaper than that of the høyeve but are often deemed "lesser" than their red counterparts. Within the nedreve, there are several branches of study, such as medicine. Many of the herbs used are imported from the Tsagadai and the Bél Piros maintains good relations with the Zovharkanhui to ensure a steady supply by sending many skaplins of høyeve under special terms.
Of course, not all novices become healers. All are accepted, and all are given jobs that best suit their abilities, even if this may be cleaning the floors of a hjelbrede. Other jobs include assistants, apothecaries, delegates to Houses, accountants, nurses and so on. The Bél Piros also sells medication in its 356 apothecaries around Ereya, some of which are located within a hjelbrede. 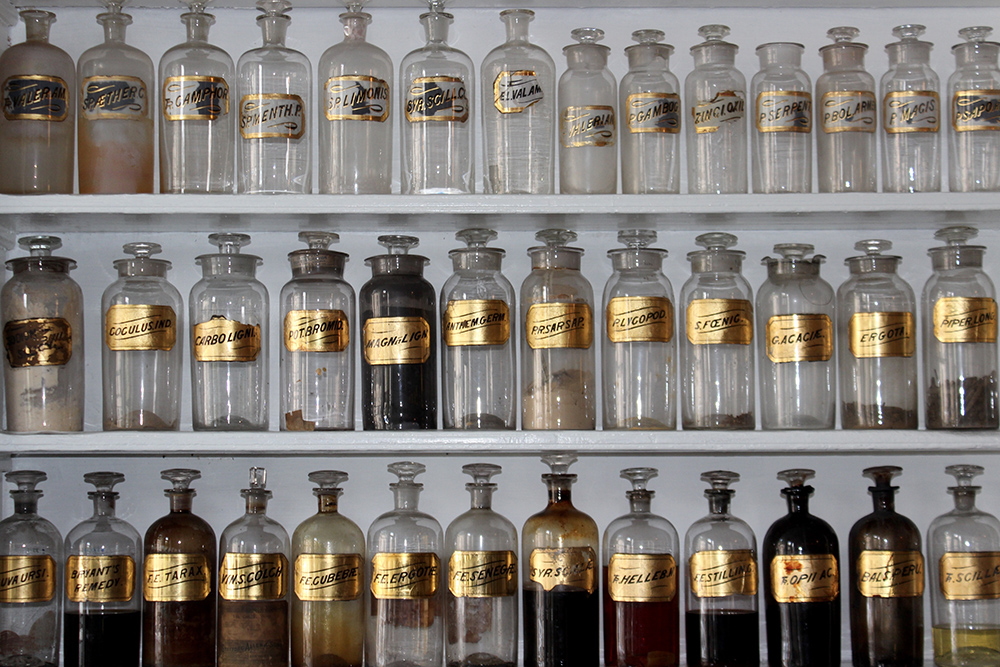 by Matt Briney
A shelf in a Bél Piros apothecary

The guild's official name, Bél Piros, originates from the Old Ekta phrase "a hémte nei bél piros," which translates to "ours is the remedy for death." It is a line from the tragedy "Legrondra" by the famous playwright Moróka Kis. What this means for the guild is uncertain. Perhaps, it is a testament to the quality of their services or a sombre reminder to their members of the importance of their work.
The Red Veil and the Flesh Guild are both nicknames given by outsiders, the former never used within earshot of an actual "veil," as the members of the Bél Piros are called. The Red Veil refers to the uniform worn by the first høyeves before they were even called such. The uniform includes the titular red veil of chiffon, which covered the head and shoulders and has silver embroidery along the hem, a cotton inner robe covering feet and arms, and an outer robe of silk and black leather gloves. These were worn in an attempt to reduce stigma with patients. Shapers of the red affinity often discover their abilities by accident, causing changes in their bodies that can be fatal or otherwise result in severe disfigurements. In modern times, these uniforms are worn only for graduating ceremonies and formal events such as Skargen assemblies or meeting with delegates from Houses.

To join the Bél Piros, one must contact the local hjelbrede to make an application. For menial jobs, it is merely the question of whether the hjelbrede requires or can afford help. However, if the candidate wishes to become a healer, they must contact the sjøneve who will provide a form if they choose to, according to undetermined criteria. The guild asks for personal details, affinity, experience, intentions for joining etc. Upon completion, the application enters a waiting list to be processed by the Skargen themselves. If the candidate is accepted, usually after months or even years, they are sent to the Bél Piros School in Ishavn, Central Isord, where they will remain until the completion of their training. Travelling fees and living expenses are covered by the guild. 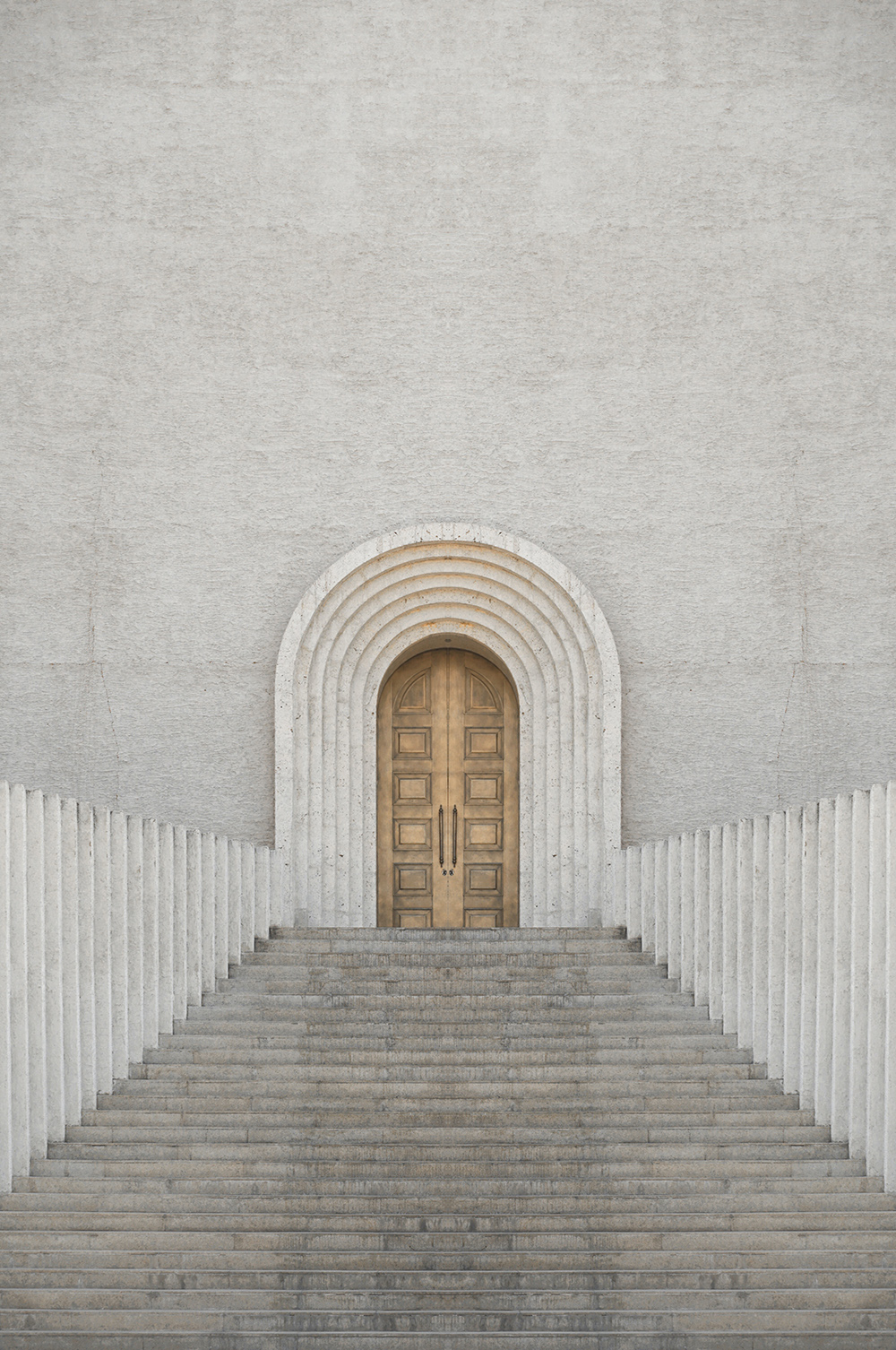 by Alexander Tsang
The entrance to the Bél Piros School 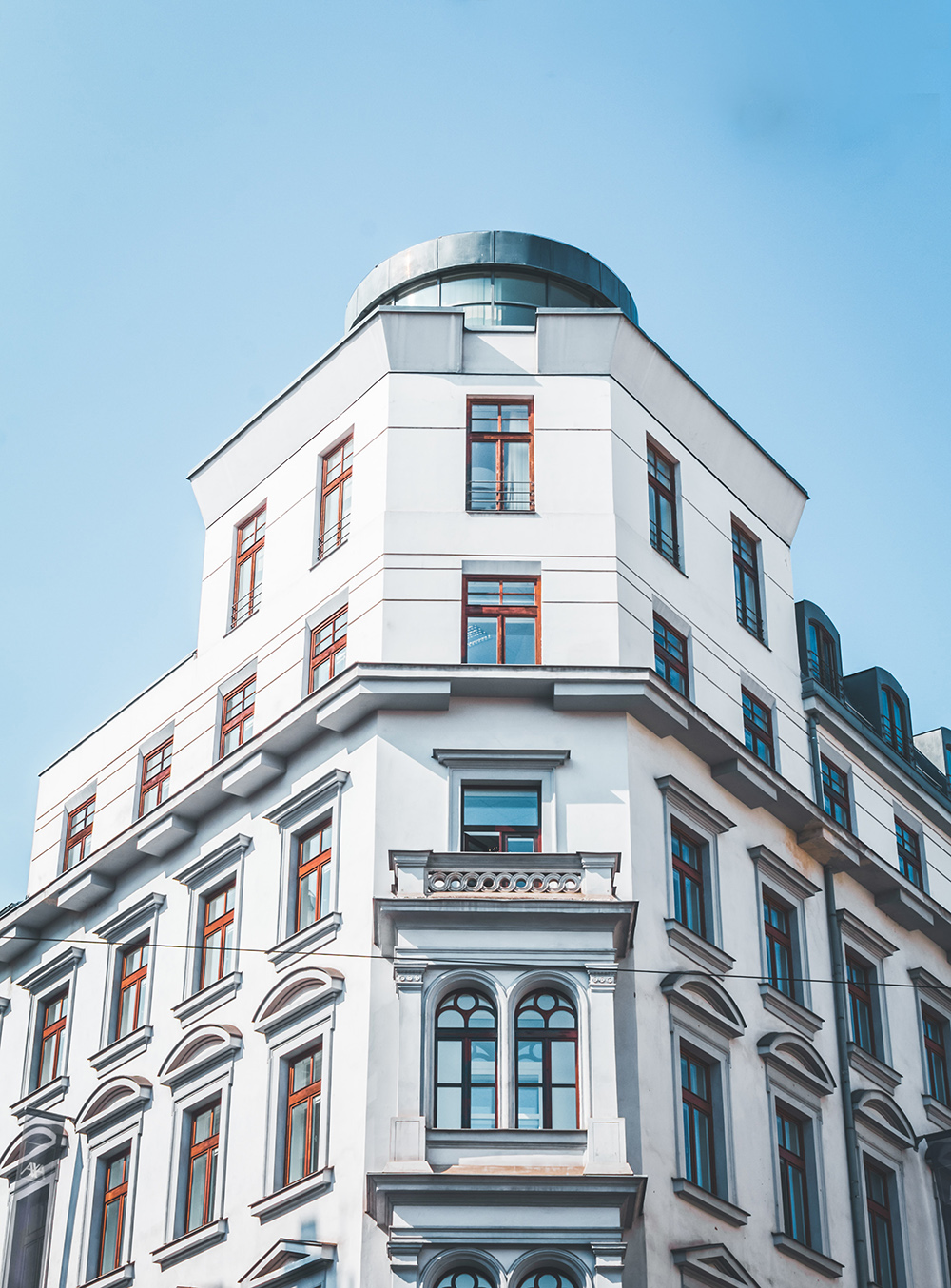 by Serena Naclerio
The dormitories in the School

Initially, training is the same for both the høyeve and the nedreve. They study topics such as human anatomy, common diseases and first-aid training, although novices training to be høyeve must have a more in-depth knowledge of the human body. After the first year, they are separated. The nedreve's training is focused on the use of medicine, both synthesised and natural, and devices invented by previous members of the guild for use such as surgery and bodily examinations.
The høyeve's training places emphasis on controlling their affinity and are not permitted to use it on others before their third year of study. Two more years are then dedicated to working their affinity on others. Before becoming a full-fledge høyeve, the apprentice must pass an examination and the Kavstamn'e Walzs Ove Fergylt ("Union of bone and blood"), sometimes known simply as the Fergylt. The purpose of the ritual is to strengthen one's ability to use the red affinity, but the Institute has yet to uncover what exactly occurs during this rite as it is a closely-guarded secret. One of the steps in the rite is that the novice must drink from a pool of blood-like liquid which an informer claimed to have seeped from the walls of an underground cavern. The liquid is unlikely blood but likely contains hallucinogens as the novice described being "consumed by the screaming red" and "horrible, writhing things burying into my [orifices]" and such. The Fergylt is possibly linked with the Eldstoff, a mythological and possibly religious figure for Shapers of the Flesh.

The highest decision-making body within the Bél Piros is the Skargen, a group of 14 individuals who are selected by the previous holder of the position. The Skargen convene in Ishavn, though such meetings occur infrequently. Collectively, the Bél Piros has 120 hjelbredes located on the western and eastern coast of Isord, the Heartlands, the Yōsune Archipelago, and the northern coast of Asura, of which 87 are on the Isord continent. Each of the hjelbredes is supervised by a sjøneve, who is directly appointed by the Skargen. The høyeve are "elite" healers with the red affinity who are called upon by the Houses and those who can afford their treatment, while the nedreve serve the common people.

There is often internal conflict between the høyeve and the nedreve and in general between those with and without the affinity of the Flesh. It is difficult for one without the red affinity to move up to higher positions in the hierarchy, and none has ever reached the Skargen. Often, positions depend on having the affinity rather than experience or skill at healing or even loyalty to Bél Piros. In turn, many of the høyeve are treated poorly due to their physical appearance. The Bél Piros had once been only open to Shapers of the Flesh and acted as a place of safety from discrimination and many feel that it should return to the old ways.

Gyuri of the Flesh, the founder of the Bél Piros, intended for the company to be a harbour for Shapers of the Flesh such as himself by showing the world the benefits of their abilities, and to of course provide healing to the sick and injured. In contrast to similar organisations, it is able to provide low prices for certain treatments by increasing the price of acquiring the services of a høyeve, making the nedreve accessible to more people of lower-income. Gyuri had also hoped that their service would one day be accessible to all. The Skargen claims that its goals are aligned with his but there has been no development as of yet.

The Bél Piros owns 120 hjelbredes across Ereya, with more planned to be constructed in Erdene and other cities on the west coast of Asura. 356 apothecaries scattered around the globe are owned or partnered with the guild. It employs a small number of ships and planes, used to transport both medical supplies and personnel where they are needed. Medical supplies are rarely in excess, especially in smaller hjelbredes. The finances of the Bél Piros are healthy, according to the Treasurer, who is not willing to comment more. 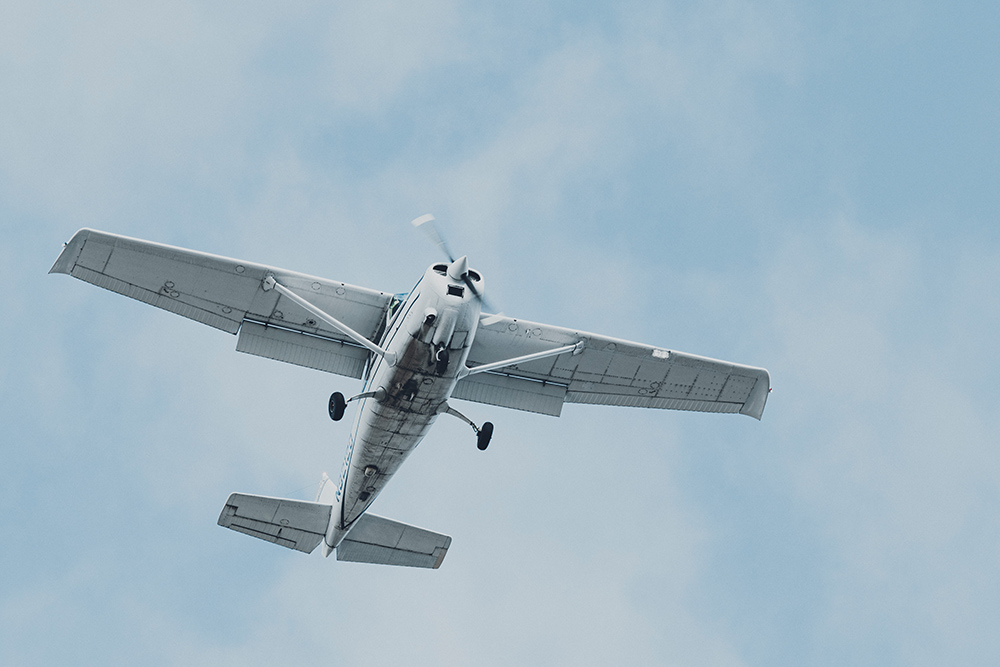 by Cody Fitzgerald
Small plane employed by the Bél Piros

The Bél Piros was founded by Gyuri of the Flesh who had served House Skader of the Over since the age of 12. Upon his retirement at the age of 120, Gyuri used the considerable fortune he had accumulated during his years of service to form the guild. He died two years before the construction of the first hjelbrede was completed and his work was continued by his apprentice, Rakel of the Flesh. Later, she was joined by Sidsel and Vigar also of the Flesh, and Ylva of the Flora, forming the first generation of the Skargen, though the title was not used until much later.

The "firstborn" is an important mythological figure to the shapers of the Flesh and thus to the Bél Piros. Little is known about the first person to hold the red affinity and even legends and stories are kept from outsiders. The Eldstoff is depicted as a young child offering a human organ, most commonly a heart, but sometimes liver or lungs. Statues and carvings of this design are found in every hjelbrede, either guarding the building's entrance or greeting patients in the inner sanctuary, though are noticeably absent from apothecaries. It is a tradition amongst novices, høyeve and nedreve alike, to give offerings of snacks and flower garlands to the Eldstoff in order to pass an examination. Offerings include wheat and cream biscuits, sweet buns, carnations. 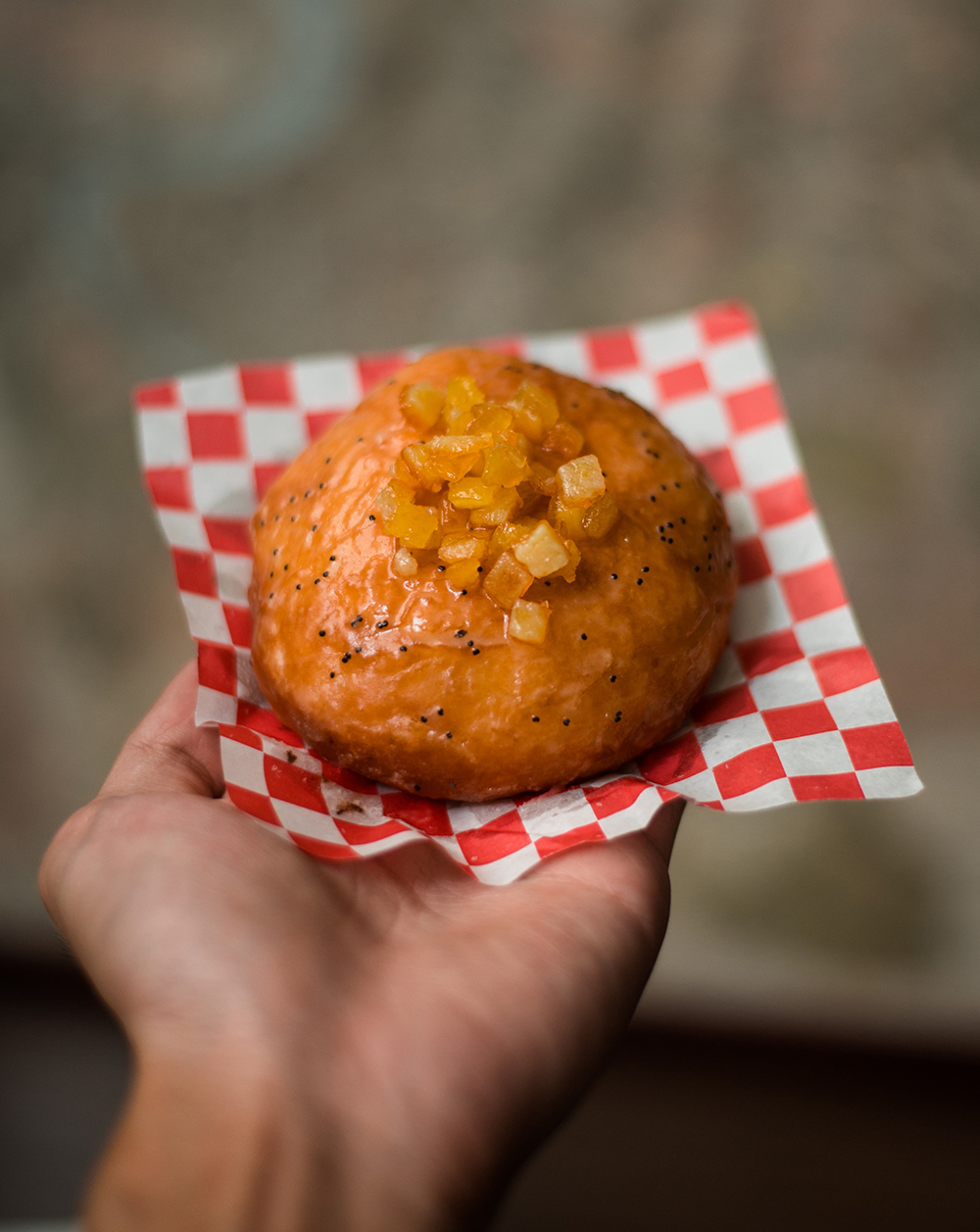