Untold knowledge was lost when the Great Sacrifice brought upon the Era of the Bonded One. Since the time-lapse, those of like minds have sought to recover what was forgotten. Their centuries of tireless efforts have brought us to this enlightened present. Who are we to squander such a gift! Fill the libraries with knowledge and propel the next generation forward with education, philosophy, and a better life.
— Curator Agathon, son of Tavius


A comparatively young faction formed under the All Sight's watchful eye, the Unbound operate under the prosperous School of Vales in the great city Antheria. This place of higher learning serves as a major attraction, drawing the attention of philosophers, poets, and oracles to share their ideas. The quest for knowledge of a time before the Great Sacrifice captures the minds of not only the Garuthian, but the world.

Kept off the School of Vales’ main grounds, the Great Library is a collective of gathered knowledge covering an extensive field of topics. Admittance to the library is open for all, thanks to Curator Agathon, a devout follower of Natsuko, the Trickster. Known for his generosity, Curator Agathon is credited for a shift in the Unbound’s culture during his rise to status shortly after the faction’s inception.

However, while the library is open for all, strict rules are enforced. Damaging or removing text is forbidden, with the punishment being swift and severe. Not only do Archivists vigilantly stroll the library to provide aid or prevent wrongdoing, but powerful magic wards blanket every nook and cranny of the establishment.   Separate from the Great Library, an adjacent hall leads to the Curator’s private quarters. Here, those who have proven their worth, live while maintaining what outsiders believe are the true great secrets of Erenel and the Eras before. This secret archive seems to contradict the tenets of the Unbound but has yet to be proven. Only a limited number of Curators have ever entered the private quarters, all of which are still alive as of the year 625.   When asked about what is kept in the Curator’s quarters, a Curator simply responds, knowledge being vetted for accuracy before added to the Great Library.

As Curators guide the Unbound to a bright future and Archivists protect and spread recovered knowledge, Wayfarers serve a critical role beyond the library's walls. These well trained scholars set off on expeditions, delving into lost tombs and the far outreaches of the world. To be a Wayfarer is incredibly dangerous and often fatal. Delving into the darkness and traveling to the far corners of the world is filled with unquestionable peril.   Wayfarers are also tasked with preventing the spread of false information. This has lead to difficult decisions and bloody hands, causing some to question if the Unbound is slowly becoming a faction wrapped in secret political assassinations. Thankfully, the last Wayfarer duty helps to persuade nations to turn a blind eye. A Wayfarer must protect roadways they travel while on an expedition by relying on martial and tethering expertise.   The Kingdoms of Erenel welcome Wayfarer travel, knowing they can avoid sending their own militia to fight back roadway threats. This respect allows most Wayfarer expeditions to travel in peace across Kingdom lines. Keeping trade routes open and prosperous serves as a powerful negotiating tool. 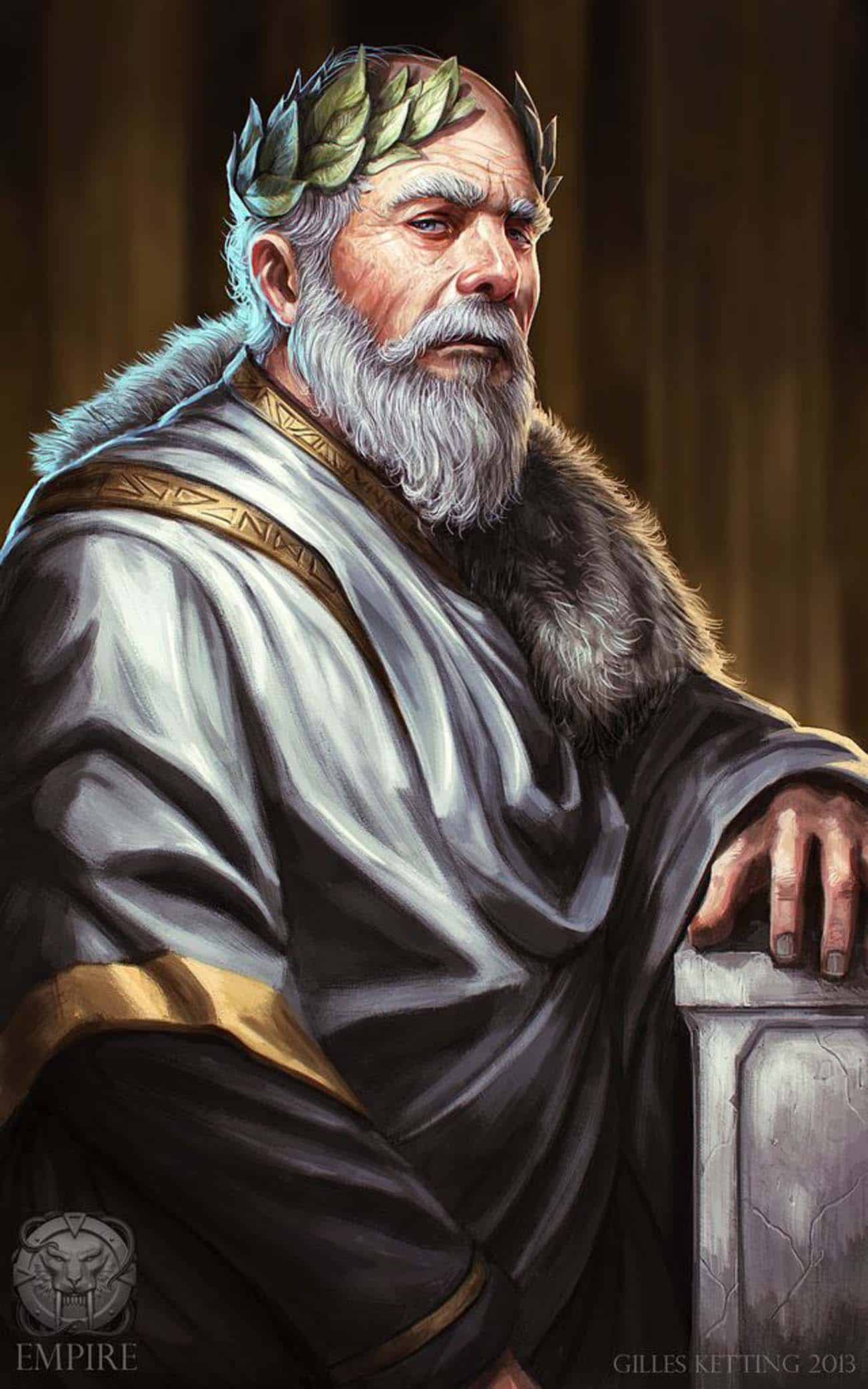 This work is licensed under a Creative Commons Attribution-NonCommercial-NoDerivatives 4.0 International License.
The Erenel Fictional Universe is presented under the OGL rules for 5th edition. All artists have been duly credited.If you would like to have your art removed, please contact me immediately.
System Reference Document 5.1 Copyright 2016, Wizards of the Coast, Inc.; Authors Mike Mearls, Jeremy Crawford, Chris Perkins, Rodney Thompson, Peter Lee, James Wyatt, Robert J. Schwalb, Bruce R. Cordell, Chris Sims, and Steve Townshend, based on original material by E. Gary Gygax and Dave Arneson. A special thank you to the many talented people who create the world's greatest role playing game.
Cover image: by Robes Magic