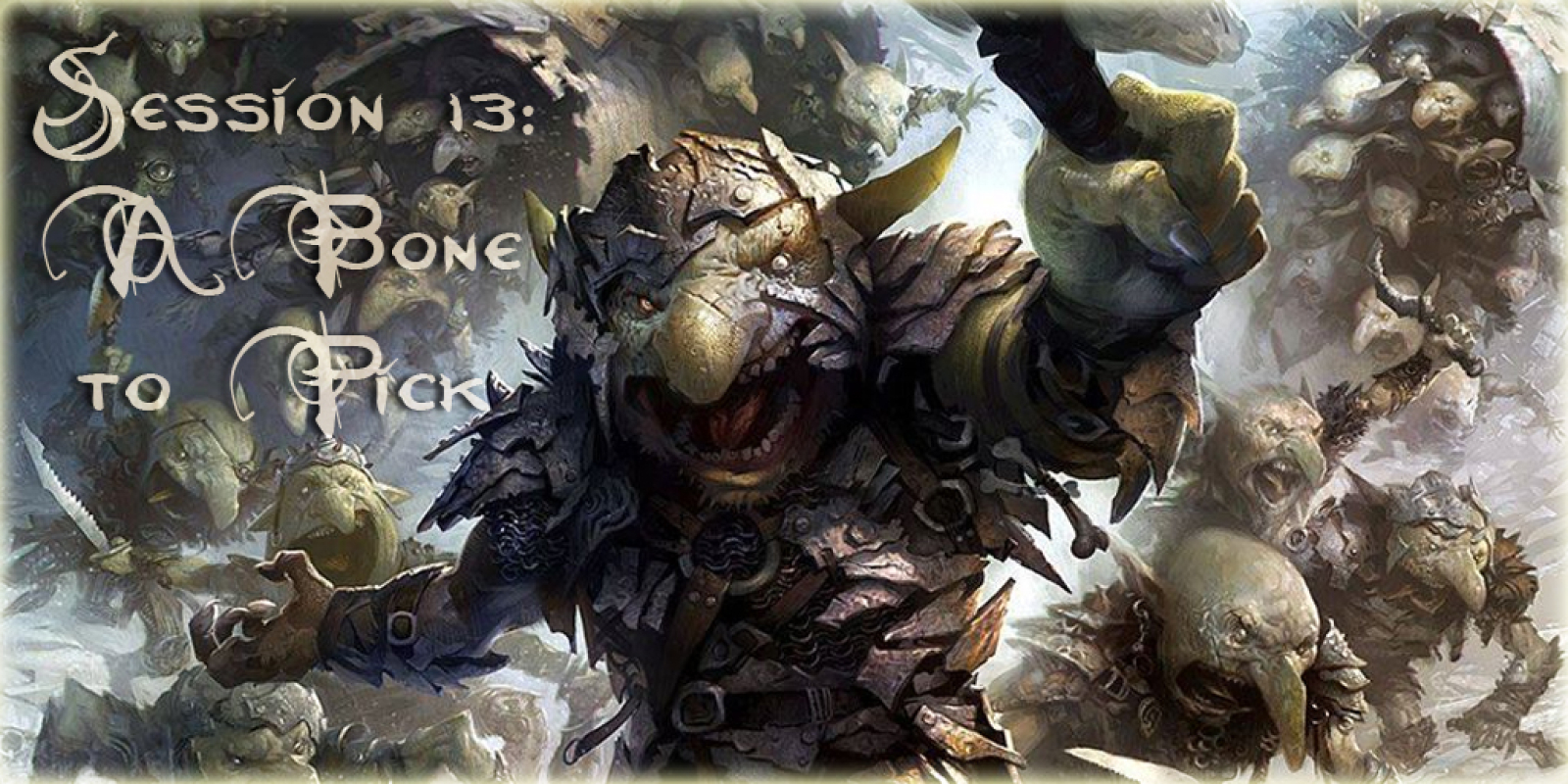 Down below the slums of Estegarde in a subterranean hollow of filth and desperation, after hazardous encounters with dripping slimes and swarming vermin, our band confronts the vicious Bone Pickers goblin gang and hunts for a deadly monster that has crushed several bands of would-be heroes...