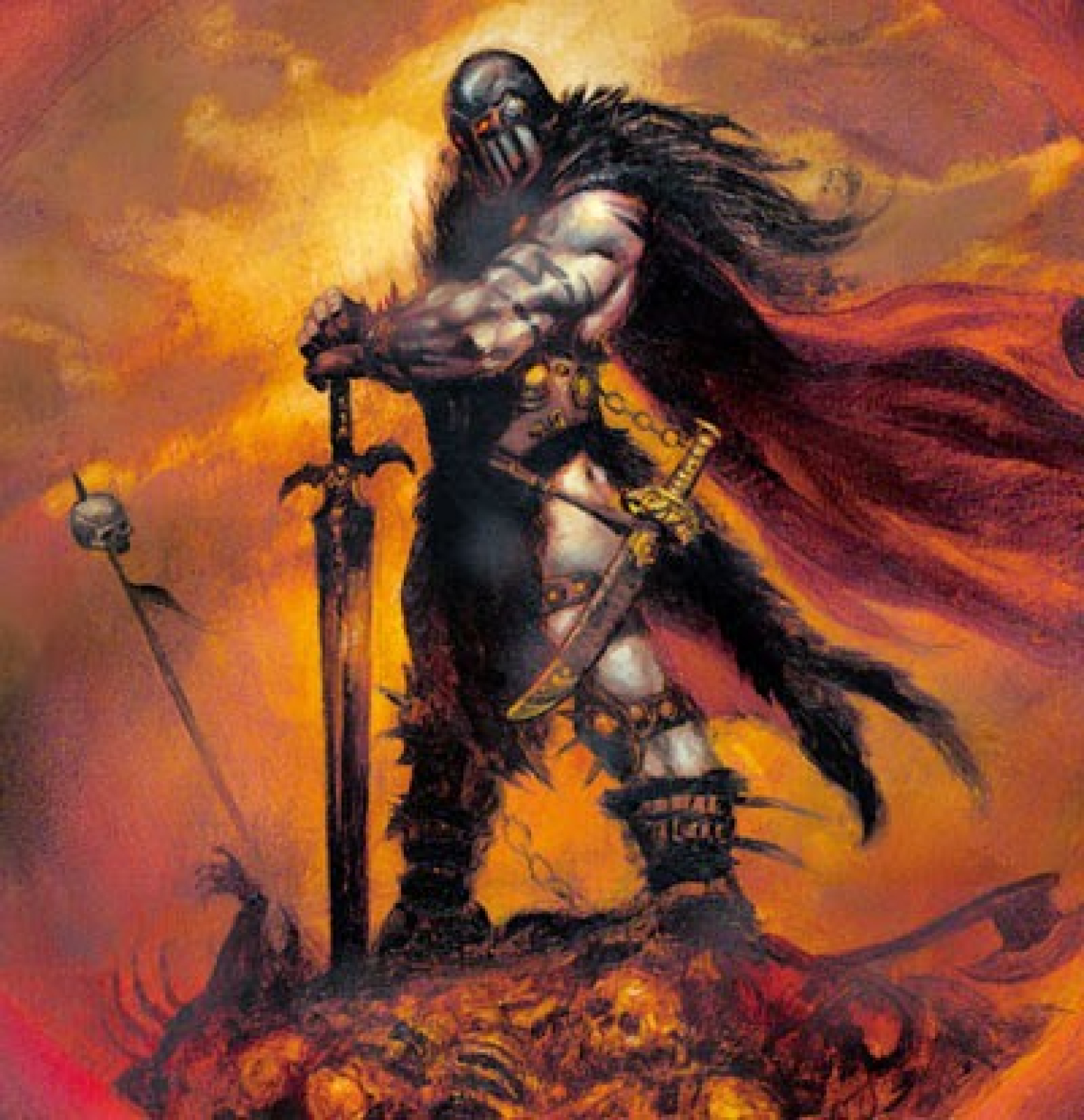 The Four Siblings: Addric The Warrior

"Ah my young friend I see you are settled. Here are the drinks I promised, you shall enjoy them I think. Warm cider, I had a student once that loved this after many hours of greatsword practice. So were did we leave off, ah right the Greyland Gods and Goddesses. How about we start with Addric the god of Chaotic War."     Addric the Chaotic Warrior desires nothing but to bring the Greylands to anarchy, and he has so far achieved that with little resistant except for the the God king and Goddesses Queen of the Iron Shield. As one of the above realm gods and one of the four siblings Addric embraces chaos and anarchy in it purest form. Wanting nothing but relentlessness combat and mistrust , one could say he is more evil in his chaotic ways then the rest of his brother and sisters. Addric relishes when his followers and cleric seed chaos within the Greyland, specially when it is in the disguise of friendship and loyalty.     Born in the beginning of all, Addric along with his siblings started to forge out there place in the would and claimed a area that in time would become the Greyland. All ways one step ahead of any other of the gods or goddesses that were around Addric was able to keep his siblings safe till all of their powers grew to full strength. Addric achieved this by sowing the seeds of mistrust, and envy among the mortal of the land and guided them to only wanting the counsel of the Four. Then the power was set, with Addric taking on the mantel of war.     Then approximately five hundred years ago the great Iron Shield happened and the Four Sibling lost the connection with the under realm of most of the Greyland. This through Addric in a chaotic rage that was felt by his followers for a hundred years. Not able to effect the affairs of the under realm of the Greyland and be able to sow the seed of mistrust and war, Addric tried but failed at ever attempt to go through the barrier that was now present. As time passed Addrics attempts grew far and few in between till one day he stopped. Then just a few years ago the barrier that kept the gods and goddesses out disappeared.     " And that my young ones is when the Gods and Goddesses of the above realm met the ones of the under realm. But for now drink up and I will get you the food that should be ready. When I come back I will introduce you to Bluran the Unfortunate, God of the Grave."

The Archaic Book of Combat

A sword entwined with a mask.

To fight in a war where ever it can be found. To foster chaos not only with your enemy but also with your allies. Cunning attacks leads to your foe better then head on. Trust is misplaced chaos, spread it when ever you can and unleash it.

None, celebrate when you want to or not.

To bring the world to chaotic perfection.

A large and stout man with muscles. He has a tanned skin tone with a hint of red in the recesses of his muscles.

Only hair on the body is his head hair.

Tattoos of warriors on both upper arms

Always in a state of ready to fight

All must be brought to chaos before we war, then and only then will we be able to play

To foster war in its most chaotic form. To spread fear and mistrust.

The God-king and Goddesses-queen of the Iron Shield