You have to find a friend, a mother, and a teacher in field.Then you will undersatnd the whispers of the reed dancing in the wind.

The Flavus Veil, or Summerdawn, is an annual festival, occurring between the final night of the Korrik and the first day of Kolovoz.   The day traditionally marked the onset of autumn.This day is celebrated in 4 kingdoms but each procession is slightly different. In the ritualistic meaning, several temples perform various manipulations in celebration of the end of the season. Also on this day the farmers do a ceremony called Last Sickle.

The first time the celebration of this holiday was held, it was the celbration of the harvest and it was containing of two parts: First Sickle and the Last Sickle. Over the years the holiday actually evolved into changed version of the previous one. Earlier First Sickle was celebrated by cutting first sheaf of wheat and dipping it into the honey, and stufing it into a field scarecrow.Though no celebratory measures was held in the town or village at that point of time. And for the Last Sickle there was a virgin selected, to cut the last sheaf in the field in silence, and then go to the woods and make a "Beard" for the largest oak, whispering a prayer to the gods of harvest.

The First Sickle is a ritual when the youngest kid in the village that can hold a sickle was dressed in all white, and in circle of other farmers, the kid cuts the first wheat ear.After that with help of his parents ground and made into flour, mixed with the last years flour, made into the bread.Then the bread is cut to samll pieces and fed to the people who will work in the fields before they take the sickle or scythe in their hands. As a celebration in the city or village, the puppet shows are organised, depicting an old tale of a "Farmer and the Nature Spirit", also various puppets made of hay are sold on the markeplaces, and pastries are gifted to children for free.   For the Last Sickle the high priestess of the local chapel or temple related to the nature Gods is sent into the fields to cut the last ear of wheat (or other), in absolute silence to not to disturb the tired spirits of the fields.Priestess makes a circle around the reed representing the cycle of harvest and life.Then kneels to show gratitude to the nature and cuts down only the ear of it, after that she walks backwards out of field to not to show the back to the spirits. The ear of wheat itself then is placed in the Harvest bushel in the temple.If the ear will not rot,dry out or wither next morning - that means that gods and spirits are pleased,and the harvest next year will be great. Then celebration is held for next 3 days, representing each month of the summer, and the colors in town change daily from greens to yellow.The people of the down dress up into the best clothes they have, and put a single grain of specific sort, representing their wishes for the next year. Each year people tend to invent something new, and give new life to the festival, to entartain the spirits of the land.So in each city its celebrated differently and absolutely unpredictable.

The sickle that is used for the ritual is not used in a field anymore, and its held in the temples, alongside with the bushel.The only difference between the first and the last cut, is the preparations for the instrument itself.The night before the first sickle, it is put into the sack of grain,and for the last into the sack of flour. The bushel that contains the Ear harvested from the Last Sickle is kept with great precaution and monitored everyday, and itself considered an altar, almost a straight connection to the Gods themselves.

All the people of the town make way for each participant of this ceremony, even nobles are supposed to bow when this procession goes by them. The rituals themselves are held by the calendar, but they shift on the Hump year. 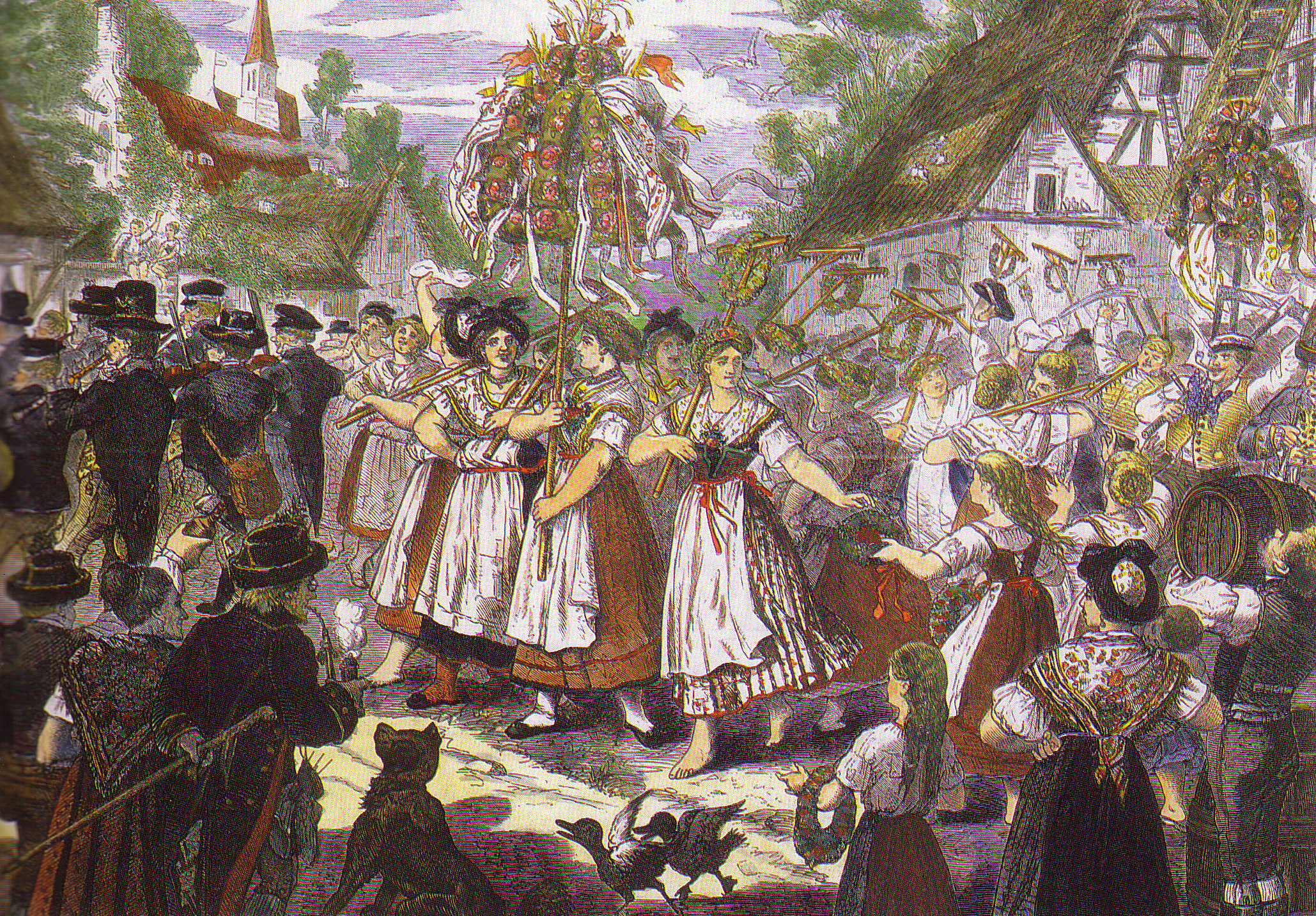 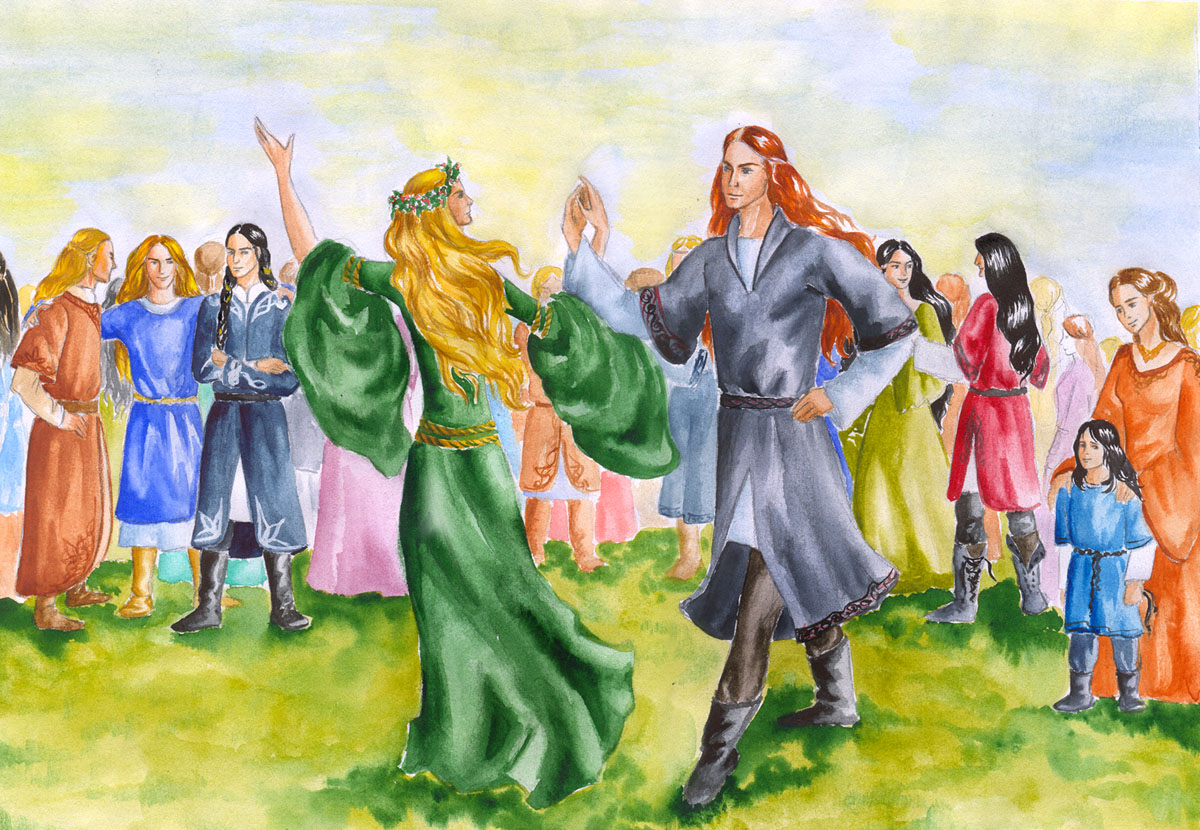 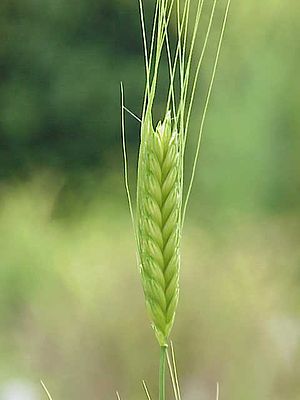 Celebrations,Holidays,Remarkable days of the year