Every town and city has its share of rogues. Most of them live up to the worst stereotypes of the class, making a living as burglars, assassins, cutpurses, and con artists. Often, these scoundrels are organized into thieves' guilds or crime families. Plenty of rogues operate independently, but even they sometimes recruit apprentices to help them in their scams and heists. This specific class is accustomed to make circumstances in which things bend to the favor of them, by a set up of coincidences and mishaps."Shit happens"

EXPERTISE   At 1st level, choose two of your skill proficiencies, or one of your skill proficiencies and your proficiency with thieves' tools. Your proficiency bonus is doubled for any ability check you make that uses either of the chosen proficiencies.   MISFORTUNE ATTACK   Beginning at 1st level, you know how to strike subtly and exploit a foe's distraction,and bestow an environmental threat on them . Once per turn, you can deal an extra 1d8 damage to one creature you hit with an attack if you use environment to attack. The amount of the extra damage increases as you gain levels in this class, as shown in the Misfortune Attack column of the Mercykiller table.   THIEVES' CANT   During your rogue training you learned thieves' cant, a secret mix of dialect, jargon, and code that allows you to hide messages in seemingly normal conversation. Only another creature that knows thieves' cant understands such messages. It takes four times longer to convey such a message than it does to speak the same idea plainly. In addition, you understand a set of secret signs and symbols used to convey short, simple messages, such as whether an area is dangerous or the territory of a thieves' guild, whether loot is nearby, or whether the people in an area are easy marks or will provide a safe house for thieves on the run.   CUNNING ACTION   Starting at 2nd level, your quick thinking and agility allow you to move and act quickly. You can take a bonus action on each of your turns in combat. This action can be used only to take the Dash, Disengage, or Hide action.   MERCYKILLER ARCHETYPE   At 3rd level, you choose an archetype that you emulate in the exercise of your rogue abilities: Gambler,Beshabas prophet, all detailed at the end of the class description. Your archetype choice grants you features at 3rd level and then again at 9th, 13th, and 17th level.   ABILITY SCORE IMPROVEMENT   When you reach 4th level, and again at 8th, 10th, 12th, 16th, and 19th level, you can increase one ability score of your choice by 2, or you can increase two ability scores of your choice by 1. As normal, you can't increase an ability score above 20 using this feature.   UNCANNY DODGE   Starting at 5th level, when an attacker that you can see hits you with an attack, you can use your reaction to halve the attack's damage against you.   DEMOLITION EXPERT   Starting at 6th level, you get proficiency in explosives, and flintlocks, rifles, cannons. Damage done by explosives increased by one damage die.   EVASION   Beginning at 7th level, you can nimbly dodge out of the way of certain area effects, such as a red dragon's fiery breath or an ice storm spell. When you are subjected to an effect that allows you to make a Dexterity saving throw to take only half damage, you instead take no damage if you succeed on the saving throw, and only half damage if you fail.   BLACKLISTED   Starting at 11th level, those who are hit by misfortune attack, get set on a continuous road of unluck. Those who were hit in battle by a misfortune attack, when roll a critical hit or success on any roll, have to replace it with a critical fail.   DOMINO EFFECT   Beginning on 14th level, whenever your enemy fails in attempt of achieving its goal the streak spreads to one enemy that you can see.When a hostile creature critically fails, the enemy that you can see takes disadvantage on his next roll.If the roll fails, the effect spreads further.   CIRCUMSTANTIAL FLEXIBILITY   Beginning on 15th level, after your long rest you can attune your mind state according to upcoming events. After finishing a long rest you can select a saving throw, and become proficient in it until your next long rest.   CANT TOUCH THIS   Starting at 18th level, you learn how to dodge aggressive actions by pure skill, every first attack on you is at disadvantage, if the attacker has advantage, it does not apply.   BLACK CAT   Starting at 20th level, you are able to make your enemies unlucky, rather then being lucky yourself. You can turn any enemy check or attack or saving throw into a critical fail as long as you can see them. Once you use this feature, you can't use it again until you finish a short or long rest.

EQUIPMENT   You start with the following equipment, in addition to the equipment granted by your background:

GAMBLER
Due to the heritage of your powers, that are somehow you are just good at things, or the adversaries are not as good as you, and the luck is by your side, you are used to take risks. Leaning into the possible risky bets, you are more likely to succeed.   BONUS PROFICIENCIES   When you choose this archetype at 3rd level, you gain proficiency with the disguise kit and the poisoner's kit.   GAMBLE   When you choose this archetype at 3rd level, you are able to risk your hit and impose disadvantage on your own attack.If its still hits its considered a critical hit.   TRUMP   Beginning on level 9, you get the possibility to succeed when you are in dire straits, you get to re-roll any check or save that you failed.If you use this ability you have to take the re-rolled result.You can use this feature again if you finish a long or a short rest.   LUCKY ME   By 13th level, you are lucky enough to bypass the workings of magic. You can improvise the use of items even when they are not intended for you. You ignore all class, race, and level requirements on the use of magic items.   SHUFFLE AND CUT   Beginning at level 17, you become a dealer of your own luck.When you roll an initiative roll, you have advantage, but you take both rolls that you have rolled and have two turns according to the rolls on the first round.
BESHABAS PROPHET
Deep spiritual link with the goddess of unluck is bestowed upon you, and you become walking bad omen,fortunately not for your self. Prophets of bad omen tend to destroy chances of the enemy before there is a conflict, and in battle they make it very hard to even land a hit on themselves, by making crossbows to jam, swords to break, armor to fall apart.   DISASTER ARTIST   When you select this archetype reaching level 3, you get proficiency in performance, and deception.   CACOPHONY   Beginning on level 3 of this archetype, you gain the opportunity to confuse and distract your foes in a middle of combat, or outside of it. As your bonus action or a reaction you can roll a 1d6 + charisma modifier to impale next roll of a target. the rolled result is subtracted from the result rolled. You can use this feature the amount of times equal to your charisma modifier per day.   OMEN   Starting on level 9, your warnings become true more often, and become omens. As your action you can make a competitive charisma check with the target of your choice. On a successful check you can apply one of the following effects to the target:Blind,Deaf,Prone,Confused,Frightened,Disarmed The effect lasts till the end of your next turn.   MISDIRECTION   Beginning at 13th level, you can sometimes cause another creature to suffer an attack meant for you. When you are targeted by an attack while a creature within 5 feet of you is granting you cover against that attack, you can use your reaction to have the attack target that creature instead of you.   GLOOM CLOUD   Starting at level 17, you become a walking problem, every hostile creature in radius of 30 feet must subtract the amount equal to your charisma modifier from their saves and ability checks. 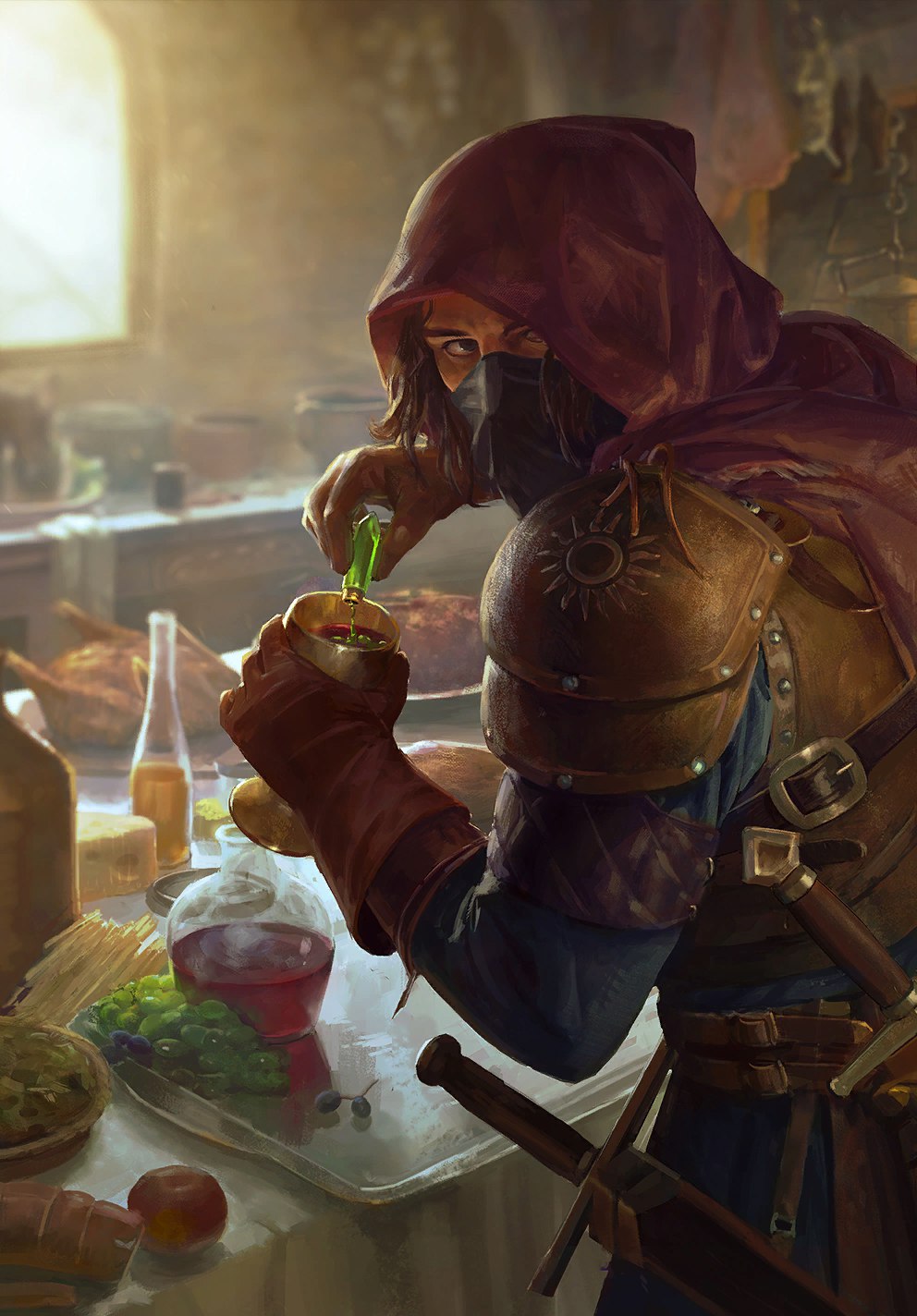 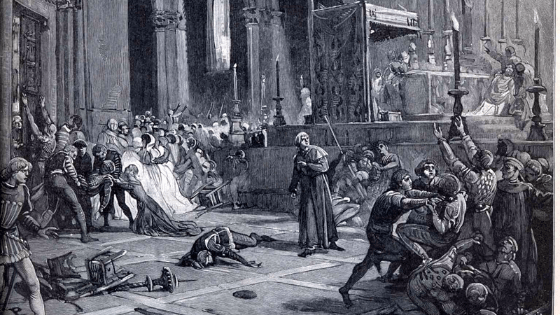 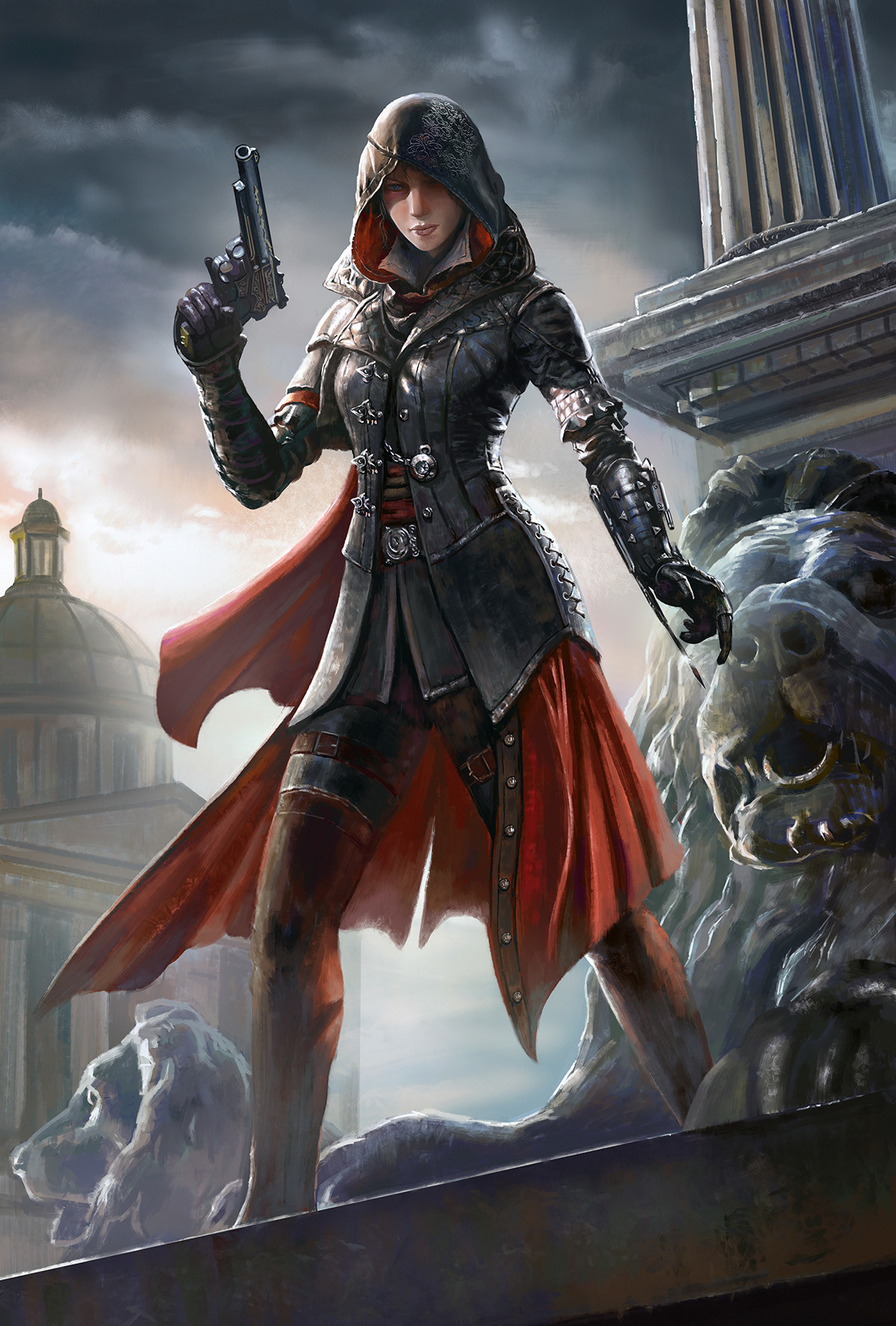