Circle of the land

Known for their mysterious nature, druids called the wilderness their home, emulating the ways of wild beasts and other creatures of nature. Believing that nature's health depended on a precarious balance, druids believed that the four elements of the natural world - air, earth, fire, and water - has to be prevented from ever gaining advantage over one another, lest the world become dominated by the forces of the elemental planes. Likewise, druids believed nature exists outside of civilized conceptions of good, evil, order or chaos, instead seeking only to maintain a natural state of being which most of the civilized world cannot or will not understand.But though druids may have accepted cruelty in nature, they abhorred that which was alien to it, violently opposing the existence of aberrations and undead, both of whom were affronts to the natural order.   Those belonging to the Circle of the Land were among the most knowledgeable and sociable of druids, meeting frequently in sacred spaces to discuss and pass on mystic lore through the oral tradition. These druids often served as kind of liaison between the rest of druidic society and the civilized world, serving as advisers and priests to local communities that remained true to the Old Faith. Members of the Circle of the Land were generally more magically adept than other druids, gaining access to a number of extra spells as well as the ability to restore their expended magic through meditation. Their affinity for magic also gave them immunity to certain forms of elemental or fey magic, as well as to virtually all forms of disease or poison.   Druids from the Circle of the Land were often deeply entwined with the land and the people they served, and their primal magic frequently took on a form which reflected the local landscape. For example, a Druid of the Land living in an arctic climate could cast sleet storm or cone of cold while one living in the Underdark could instead cast gaseous form or insect plague. Likewise, druids with a moderate degree of training in the Circle were able to move through non magical difficult terrain such as thorns or spines with relative ease and even possessed some resistance to magical forms, such as the vines created by an entangle spell. The close connection between Druids of the Land and the wilderness they served also helped them in encounters with wild beasts or plants, who instinctively hesitated when attacking experienced members of the Circle

Current Archdruid of the Circle of the land is Kairn:An old respected human druid leading the Land circle druids to the teaching of the Old Faith.The grand druid(which is a rank lower) is a firbolg young female that goes by the name Dust. All other druids concern them as best among equal,and lean in to the wisdom casted upon those who follow the same pass.

Powerful sentries of the natural world, druids were often seen by outsiders as primal controllers of the wilderness. However, although druids drew great power from nature, druids, nigh universally, did not see themselves as masters of the wild but rather its servants, much as a cleric might serve a god or a knight his liege.To a druid, claims of power over the wild was something that only those lacking a proper understanding of nature could profess. The primal power that druids drew upon came to them not through control, but through a spiritual unity with the forces of nature. This distinction was, however, lost on most. were not the only caretakers of the wilderness, though they were perhaps the best known. Comparable to wizards, druids were nature's lorekeepers, possessing an enormous degree of knowledge about the inhabitants, locations, and phenomena of planes wildernesses. However, while wizards frequently sought this knowledge for knowledge's own sake (or power's), druids acted in behalf of that which they studied.Venerating the natural world in a belief system sometimes known as the Old Faith, druids valued the pristine wilderness, accepting its cruelty and ugliness along with its wonder and beauty.As such, while druids rarely acted selfishly, they were nonetheless as likely to be good or evil.

Amongst the assets of druids which is naturally all the nature around them they have several sacred places under their responsibility,such as "Divine srping"- Mountains of Gal-tor, "Coast of the living stones" at the Vector forests and "Old Oak" at the Huck island. Besides that in Veras forests they have a vast amount of druidic vales and natural temples dedicated to the nature and gods who are in a domain of life,and nature.

Historically this circle formed chaotically by the creatures known as Silvary,and other sentient beings that pertrude from the nature itself,in the early age before The Great Rise

Population of Druids of the land is hard to calculate but it runs up to 500-700 of creatures on the path of preservation of balance and natural order of the events. 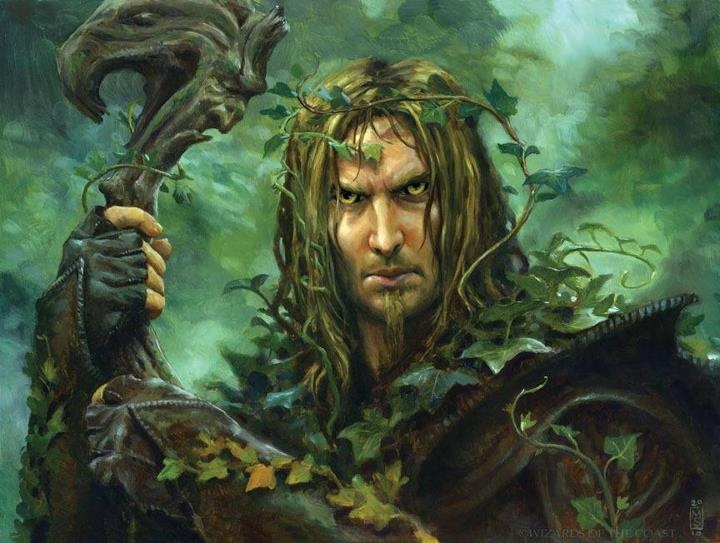 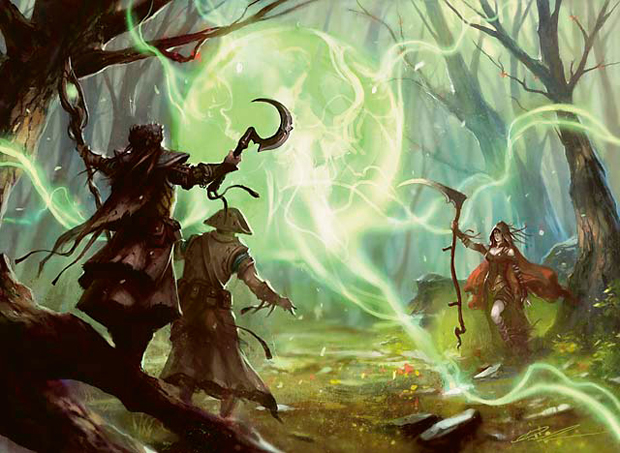 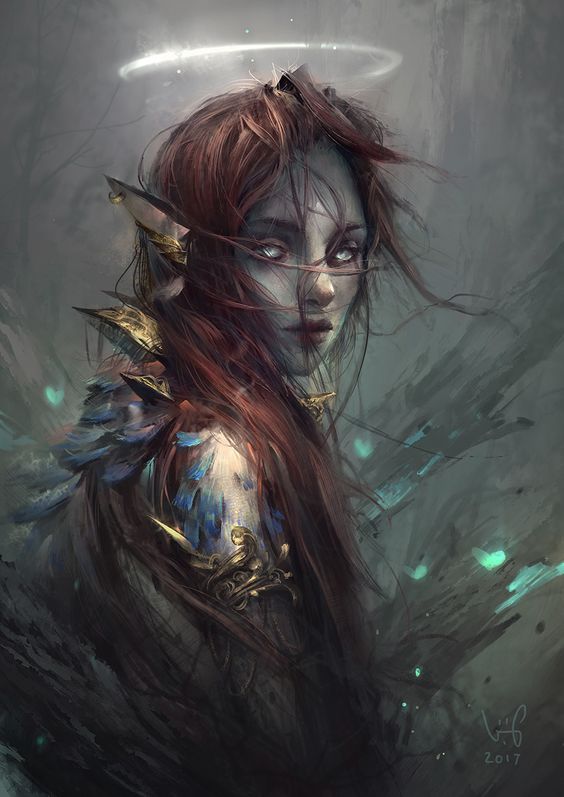