SOURCE OF POWER
All barbarians, including this unique one are fierce fighters, malevolent enemies and powerful allies (well if you are not standing in their way), though these fellows are not tribal, or nomadic, as usual, the rage is building up in them slowly by the increasing alcohol in their blood, more of a drunken haze, a mindless forbiddance in a alcoholic stupor.
ORIGIN
There is a few ways to become such a person as a Beer-Barian : Beer-Barians are the opposite of the wild and unharnessed barbarian brothers, and they are more accustomed to the towns and cities, and pretty much are the town dwellers.Street, bar, arena, arm-wrestling contest - That's where you find a Beer-barian, drinking laughing out loud, and testing the limits of his strenght

HAZE   Starting level 1, in battle, you fight with delight and find this to be the time of your life . On your turn, you can enter a haze state as a bonus action (Consuming a drink or activating the one that you have drunk before) but only if you are inebriated.Expands one Haze point. While hazed, you gain the following benefits if you aren't wearing heavy armor:

•Depending on the drink you had, DM decides the effects of the haze based on the constitution saving throw that you make when drink. ( DC 5 one drink,DC 10 2 drinks ...DC 25 on 5 drinks) On a succesfull save you don't get negative effects,on a failed one 1 major negative effect is imposed
• When you make a melee weapon attack using Strength, you gain a bonus to the damage roll that increases as you gain levels as a Beer-barian, as shown in the Haze Damage column of the Beer-barian table.
• You have resistance to bludgeoning, piercing, and slashing,poison damage if you made your constitution save. If you are able to cast spells, you can't cast them or concentrate on them while hazed.
Your haze lasts for 1 minute. It ends early if you are knocked unconscious or if your turn ends and you haven't attacked a hostile creature since your last turn or taken damage since then. You can also end your haze on your turn as a bonus action.However as soon as haze ends your inebriation ends aswell. Once you have Hazed the number of times shown for your Beer-barian level in the Hazes column of the Beer-barian table, you must finish a long rest before you can haze again.
IMPROVISED DEFENSE   At level 1, while you are not wearing any armor, your Armor Class equals 10 + Number of enemies engaged + your Constitution modifier. You can use various objects as a shield, such as tables, chairs,etc.   DRUNKEN ASSAULT   Reaching the 2nd level, when you attack a target you can insult it, while doing so, causing it to lose confidence. As a bonus action, on hit you can offend your enemies causing them to make a Wisdom saving throw, DC 8+ your Charisma modifier, in order to deal 1d4 psychic damage and impose disadvantage on the next attack against you.   BRAWL EXPERT   At 2nd level, You are accustomed to dirty fights, and tricky attacks.You can not be surprised, and you take half damage dealt by environment on a failed Dexterity saves. Also any improvised weapon attacks on you are at disadvantage.
ALCHOTYPE
When you reach level 3 you choose the path of your alcohol preference : Vine-king or Bar-render
Vine-king : is a brute that drinks whatever burns, even toxic liquids or poisons in order to reach the effects that benefit for him in battle.Is a fierce melee fighter accustomed to fight multiple enemies by the pure brutality of his persona.

You start with the following equipment, in addition to the equipment granted by your background:
• (a) a greataxe or (b) any martial melee weapon
• (a) two handaxes or (b) any simple weapon
• Brewers supplies and a bucket

VIne-king   At level 3 you are able to select the Vine-king heritage, a brutal, strong, fierce (still drunk) warrior - A Vine king. The warrior of harsh traditions, walking into the fight like to a candy shop, with a mug of strong sprit to crush some skulls.   SPIRITUAL POWERS   When drunk, (whether Hazed or not) you gain following benefits: You sometimes experience vivid hallucinations, euphoria,or even outer body experiences. Alcohol no longer imposes disadvantage on ability checks when constitution save is failed. You gain a possibility as an action to summon small alcohol elemental to your aid once per long rest. https://www.dandwiki.com/wiki/Water_Orb_(5e_Creature)(or other depending on alcohol type) It gets to act on next turn at same initiative as summoner   You can consume the elemental to gain 2 times his current HP as a bonus action.   THE HARDER IT IS   When reach level 6 you gain a power to challenge creatures beyond your own powers, you deal additional 1d6 damage to the creatures who have more Hit points then you at the moment.   BARREL ROLL   At level 10 you gain a possibility to break through obstacles like its thin paper, Curling up into a ball of muscle and blades, if you have a running start at least 10 feet you can roll through enemies or obstacles in a straight line for your leftover movement, without provoking attacks of opportunity, making an attack to each creature you pass through.On hit targets must make a DC 8+your strength modifier +proficiency modifier strength save, or move 5 feet to random side and fall prone.   VIKINGS CRY   At level 14 you can make a barbaric yelp that echoes loudly for 300 feet around you, enemies engaged in battle with you must make a wisdom save DC 8+intimidation or be frightened of you,for the duration of one minute,affected can repeat the saving throw at the end of their turn. You deal additional damage equal to your Charisma modifier to the frightened enemies.   BAR-RENDER   At level 3 you are able to select the Bar-render heritage, a jolly, happy-go-lucky, drunkard that is surprisingly agile and inventive.This alcotype is unbelievably flexible and adaptive, bringing various advantages on the battlefield with him.   COCKTAIL EXPERT   At level 3 you gain proficiency in alchemy and of course mixology, allowing you to determine the effects of various liquids and mix them successfully to use them to your advantage. You can invent, produce and mix potions and cocktails based on alcohol. When mixing a potion, or a cocktali you may gain both of the advantages of the product whilst they are mixed together,and on rolls higher then DC 15 Alchemy, Brewer supplies checks get even additional efffect to the created product.   OH I'M SORRY   When you reach the 6th level you gain opportunity to misguide the attacks of the enemies to hurt themselves. When the attack misses on you or ally in the vicinity of 5 feet, with your reaction, you can redirect that miss into a hit on the hostile target in the reach of the attacker.   NOT TODAY   At level 10 you gain possibility to change the course of the batlle. You gain charges of this ability equal to your haze charges.   Bending the flow of the fight is the expertise of the bar-render. You can expand 1 charge to:   When enemy lands a critical hit you can use your reaction to roll a counter attack against it, the dealt by you damage is subtracted from the critical hit damage of the enemy.   You can reroll your own critical fails up to 3 times per day to change the outcome of any check save or a an attack.   When enemy is within your range trying to cast a spell,you can distract him and make him to Roll a wisdom check in order to succeed at spellcasting DC is equal to 8+performance.On failed check spell has no effect.   When enemy has an advantage it can be removed by expanding a charge.The target has to be hearing and understanding you.   ULTIMATE BEVERAGE   At level 14 you polish the skills of the Bar-render to its perfection and make your special drink. The drink itself is a pinnacle of the creativity of the bar-render, while having this cocktail, you can not be affected by fear, poison, and gain freedom of movement.Also gain temporary hit points equal to your Bar render level. In addition to that while under effects of the drink you do not provoke attacks of opportunity. This drink could be given to your allies to gain same effects.   The anti-drink is a variant of the cocktail which make the worst poisonous mix ever seen. Downed by an enemy, the target must succeed on DC 18 constitution save or be blinded,deafened,poisoned,paralyzed,prone,and vomiting. 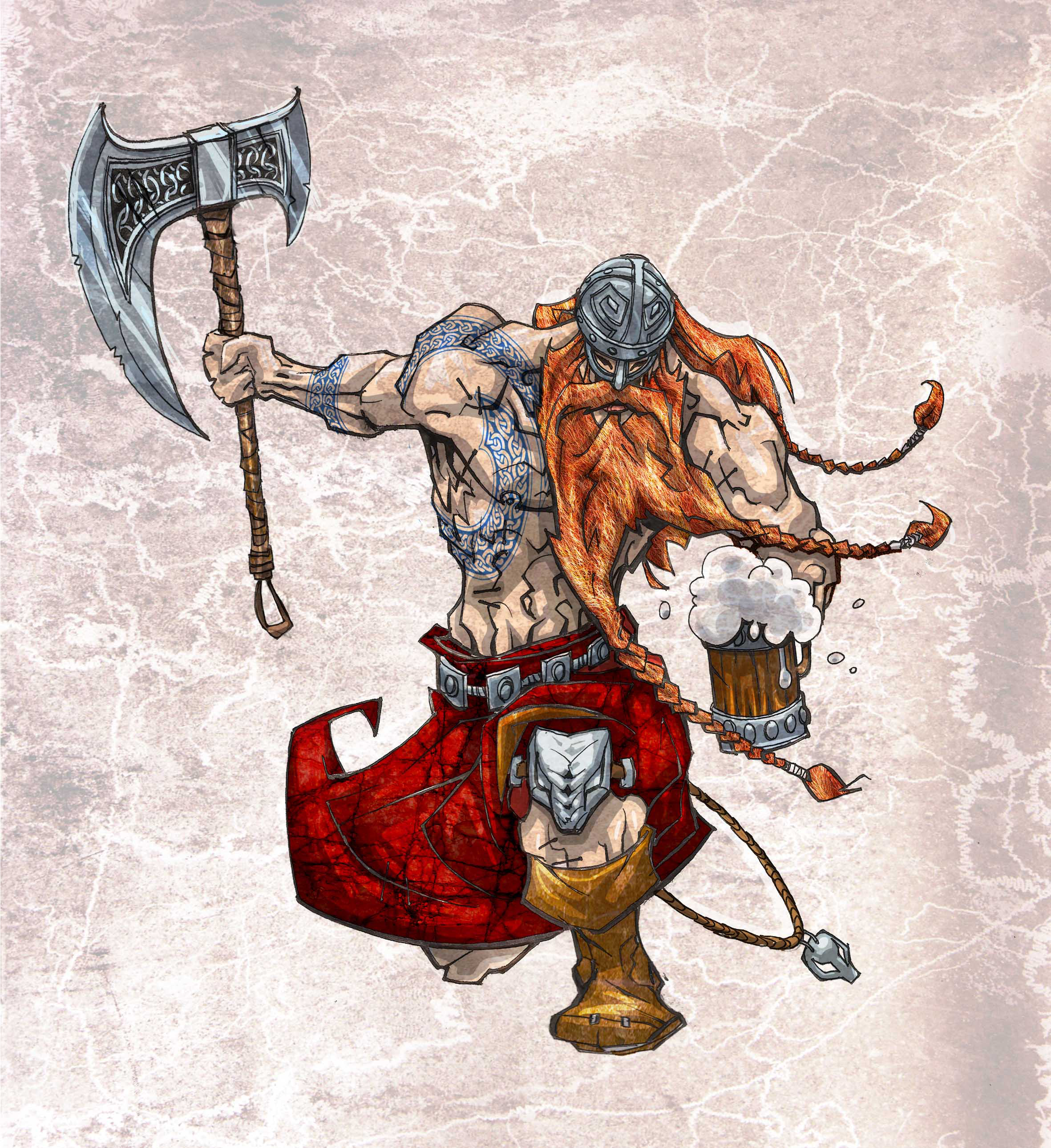 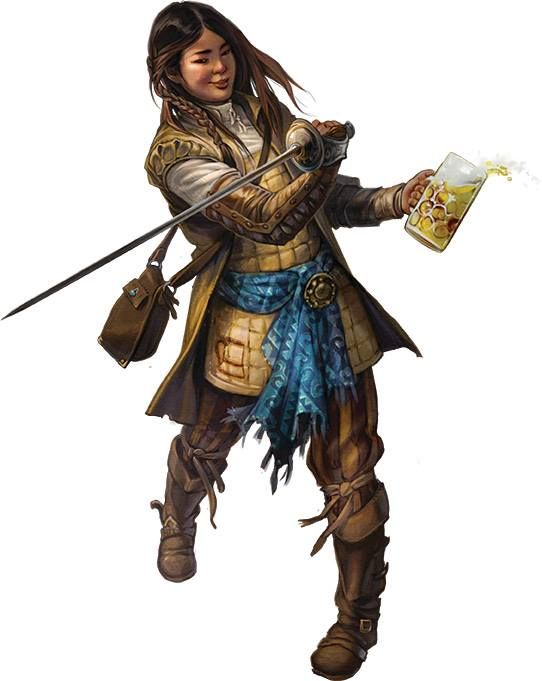 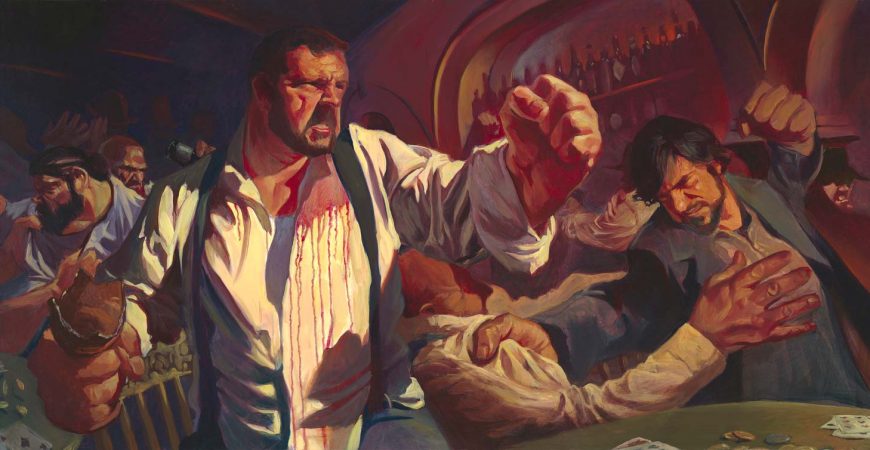