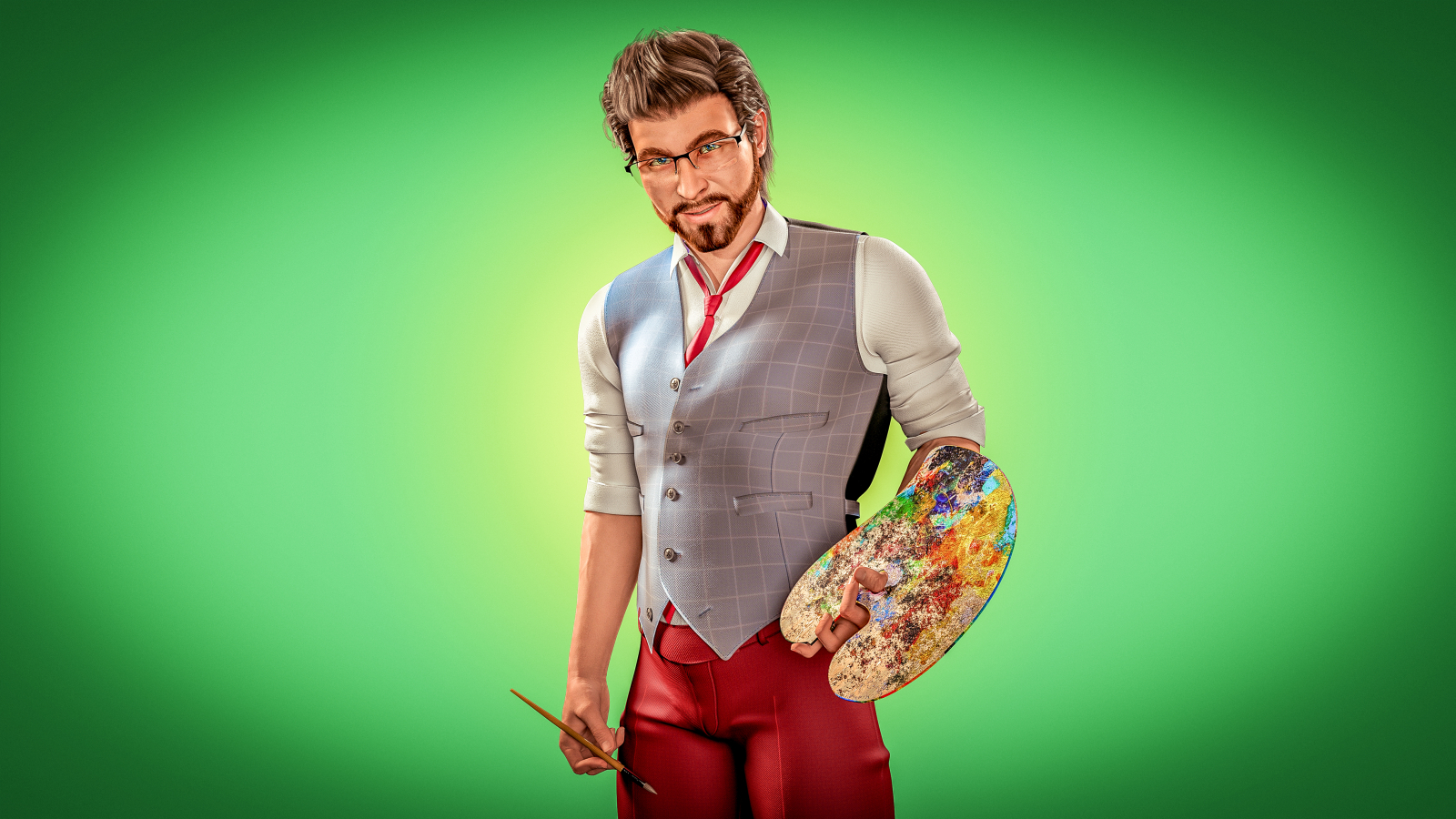 Michael Albert Silver is the eldest child and only son of Albert and Michaela Silver. Best known today as the co-creator (alongside his cousin Matt) of the popular comic book series The Children of Judas, he is also a tenured professor of illustration at the University of Hawaiʻi.

In the mid- to late-90s, he gained notoriety in New England as the frontman of the popular Boston band Gideon’s Bible. His tumultuous relationship with Bible guitarist Robin Gates led to the group’s downfall in January 1998, but it was out of the ashes of that romance that Michael found the love of his life: college classmate Jenna Worthing.

And yet, because—as his sister Ashley once observed—Michael has never been able to say no to a pretty girl in his life, the man was eventually put on trial for his “crimes against femininity” in the novel The Boot of Destiny.

In Boot, Robin describes Michael as “the best kind of handsome: the kind that doesn’t know it yet, and maybe never will.” But while some, such as Robin, find his effortless good looks an irresistable quality, others think of Michael as the most irritating kind of attractive: the kind that can roll out of bed, looking like a hot mess, and still make people swoon.

His eyes are thought by many to be his best feature. Shifting color depending on the light, they are a perfect metaphor for his generally flighty nature. Blue one minute, green the next, and hazel the moment after that, Michael’s eyes are as noncommital as he is.

Other than his preternaturally pretty peepers, Michael’s other defining physical characteristics are his feet—a feature his wife Jenna has said she would kill for. With his marvelous arches, his insane flexibility, and the fact that the first three toes on each of his feet are almost all the same length, he could have danced en pointe—damn the gender stereotypes!—if only he had an ounce of coordination.

Personality-wise, Michael is notoriously self-centered and self-involved. Most don’t notice this, as he’s also a genuinely kind, gentle, and jovial soul, but it often gets him into trouble with those closest to him—Jenna moreso than anyone else. Ultimately, Michael has a hard time getting out of his own head and seeing things from the perspective of others. But he wants to get better at this, and he keeps trying, and that counts for something.

Michael was born at the General Hospital in Lowell, Massachusetts on October 5, 1977, to a father who had just been hired for his dream job and a mother who was about to start work on her MD. He was the couple’s first child, and their attempts to balance their personal and professional ambitions would play a huge role in who Michael grew up to be.

The boy’s first years of life were blissful. He benefitted greatly from living upstairs from his paternal grandparents, Eli and Edna Silver, and from having a doting aunt who lived just across the driveway. If his parents were both busy—one with class and the other working a late shift, for instance—there were plenty of other adults around to watch over him. And with two young cousins to share a big back yard with, there was no shortage of playmates once he started toddling around.

PARAGRAPH HERE ABOUT HIM BEING A GOOF / SHOW-OFF TO MAKE PEOPLE LAUGH.

The first big change in young Michael’s life was the arrival, on August 31, 1979, of his younger sister Ashley. Ash was a handful from the start, relishing in her ability to cause trouble and in her talent for making her big brother squirm. Whether it was waking him up from a nap by shaking a soiled diaper in his face or nearly getting herself killed by riding her big wheel out in front of the school bus on Michael’s first day of kindergarten, Ashley delighted in stealing the spotlight from her hammy sibling.

He has also appeared twice on stage, in plays by Clark.

In the March 1999 Bradford College production of The People vs. Jesus Christ, Michael was played by Robert DaPonte.

In the January 2014 Players’ Ring production of Temptress, Michael was played by E. Christopher Clark himself.

The author would like to thank Robert DaPonte for his contributions to the character, who would not be the same without his performance. 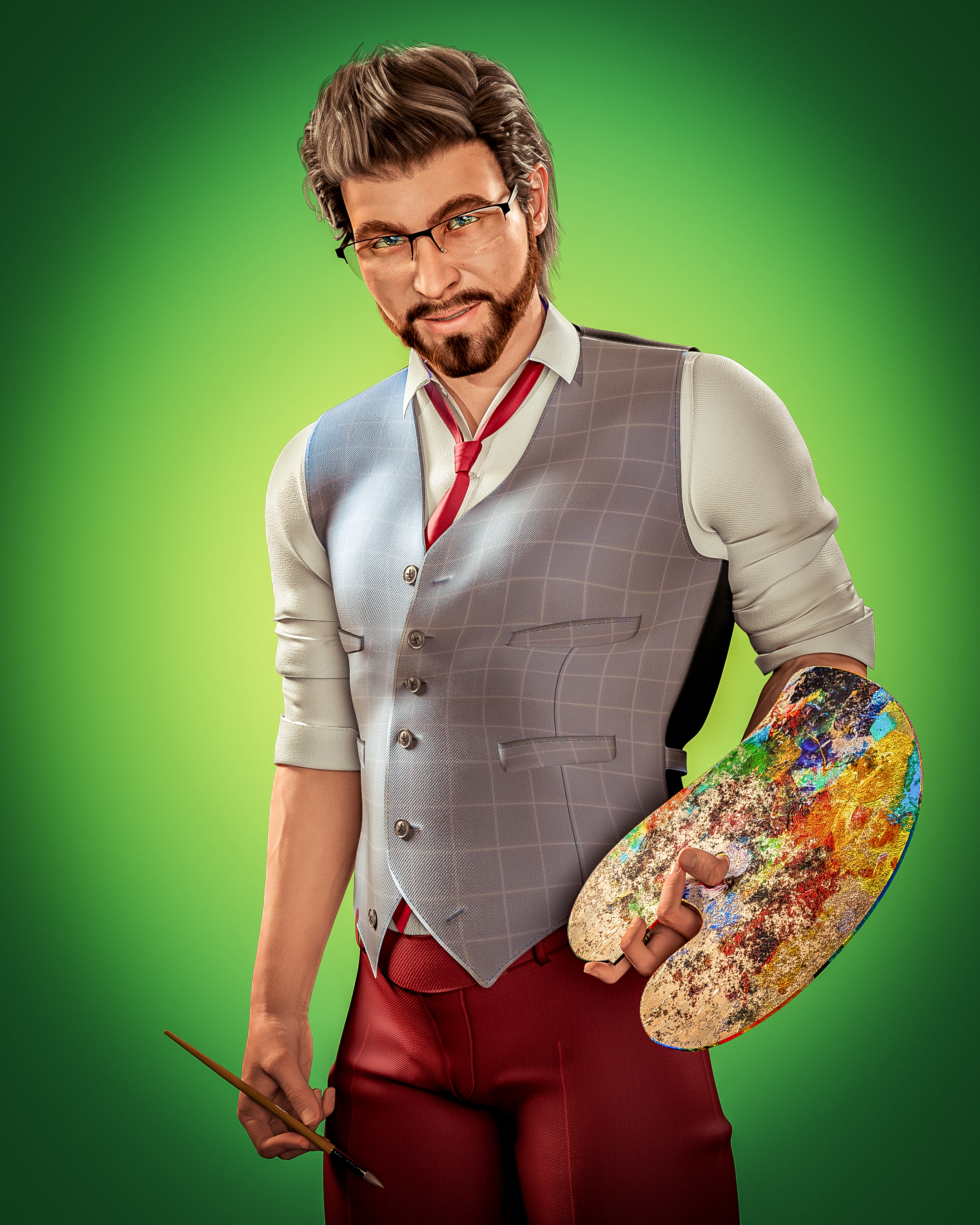