The Chains of Desire

She’s going to be famous. Her dreams are within reach. And if it all comes to pass, she will be murdered…

Boston, Massachusetts, 1990. Music is the one sure thing twelve-year-old Robin Gates has in her life. Though she’s disgusted by the looks she gets from grown male patrons, playing guitar and singing in her mother’s strange bar provides a path to her envisioned future. Until she reads a newspaper from 2006 that contains her obituary…

1998. As a kid, Ashley Silver saw how her family’s artistic efforts brought only despair and poverty. Now eighteen, she refuses to accept that fate and embarks on a lucrative career as an exotic dancer. But despite her misgivings about Robin’s ambition to become a rock star, Ashley can’t help but fall hard for her childhood friend.

Destined to die in her true love’s arms, Robin desperately seeks any means to change her fortune and protect her girlfriend from the doomed truth. But Ashley knows her partner is keeping some dark secret, and it threatens to tear them apart forever.

Is Robin’s death truly predetermined, or can the troubled couple force a happily-ever-after?

The Chains of Desire is the extraordinary third book in The Stains of Time family saga series. If you like intriguing paradoxes, delightful characters, and emotional ups and downs, then you’ll love E. Christopher Clark’s compelling journey into magical realism.

Buy The Chains of Desire to defy inevitability today!


Buy it on Amazon, Apple, Google, Kobo, or Nook.


An excerpt from The Chains of Desire

Sixteen years before she was killed, in the aftermath of her parents’ first divorce, Robin Gates found a copy of her obituary.

She was twelve, it was February vacation, and her mother had picked up a shift at the bar to make rent. Robin was supposed to be keeping an eye on her little brother, but Adam was glued to the Ms. Pac-Man machine in the corner—and had been ever since the barkeep handed him a mug full of quarters. If Adam was occupied, Robin was supposed to be up on the stage with her guitar—and a mug of her own to collect tips. But she hated the way the dirty old men leered at her while she played, as if the guitar and the stage made even a sixth grader fair game, so she grabbed a newspaper and sat in a booth near the fireplace. Robin sat and waited.

“We have a roof over our heads,” she planned to say, “when we’re at Dad’s.” And the biting snark of the retort she’d lined up was enough to make Robin smile.

Until, that is, she caught sight of her name on the front page of the paper—her name, Robin Gates—under the headline “Local Singer Shot Dead.”


Robin Gates, the Chelmsford native whose song “Precious Whore” and its accompanying music video skyrocketed her to international fame in the late 90s—

She was about to check the dateline on the article when the whole paper was torn from her hands. “Hey!” she shouted, but her mother had crumpled the whole thing into a ball before Robin could say “give it back.”

Robin leapt to her feet, then leapt to grab at the balled-up wad of newsprint her mother held high overhead. “I need to finish reading that.”

“Hey,” shouted the barkeep, “no horsing around near the fireplace, for Christ’s sake.”

“Stop it,” said Robin’s mother, twisting this way and that to keep the prize out of reach.

“You’ll split your skull open,” shouted the barkeep, making his way toward them. “Or immolate yourself if you ain’t careful.”

“Stop acting like a child,” said Robin’s mother, nudge-shoving her daughter back into the booth.

“Hey,” said the barkeep, stepping in between them. “Let’s keep it civil, alright? You got family problems, you take ’em outside.”

“No problem,” said Robin’s mother, with a curt little bow to the barkeep.

The barkeep ruffled Robin’s hair and gave her a smile. “Don’t make your ma hire a babysitter, huh? Things are tight enough for you guys as it is.”

She nodded. Then she watched, powerless, as her mother threw the paper into the flames. But Robin had a plan. There was a whole stack of other newspapers where she got that one, and there had to be another copy.

There just had to be.


To keep reading, buy The Chains of Desire ebook. It’s also available in print or as an audiobook. Just pick your store: Amazon, Apple, Google, Kobo, or Nook. 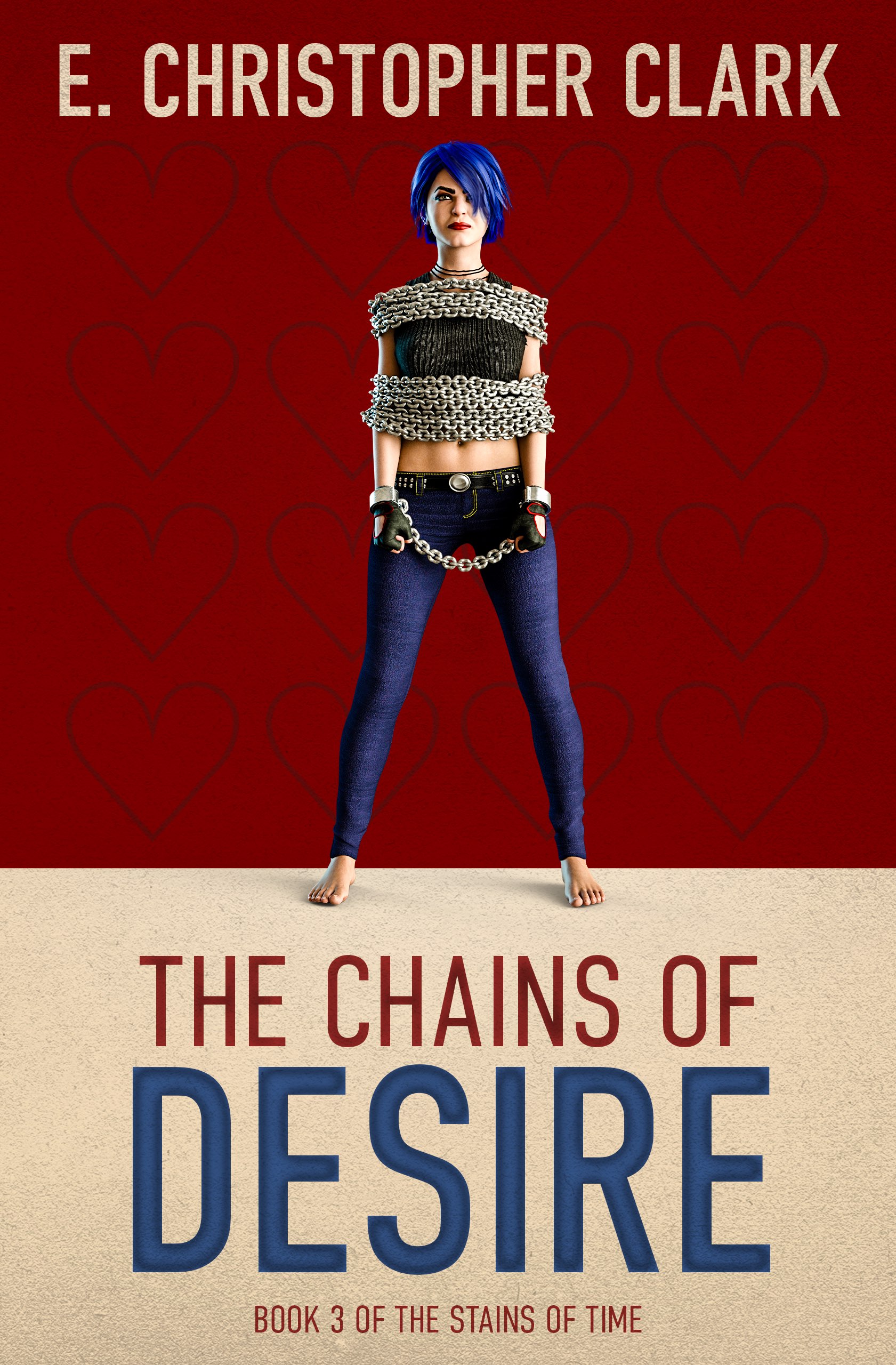