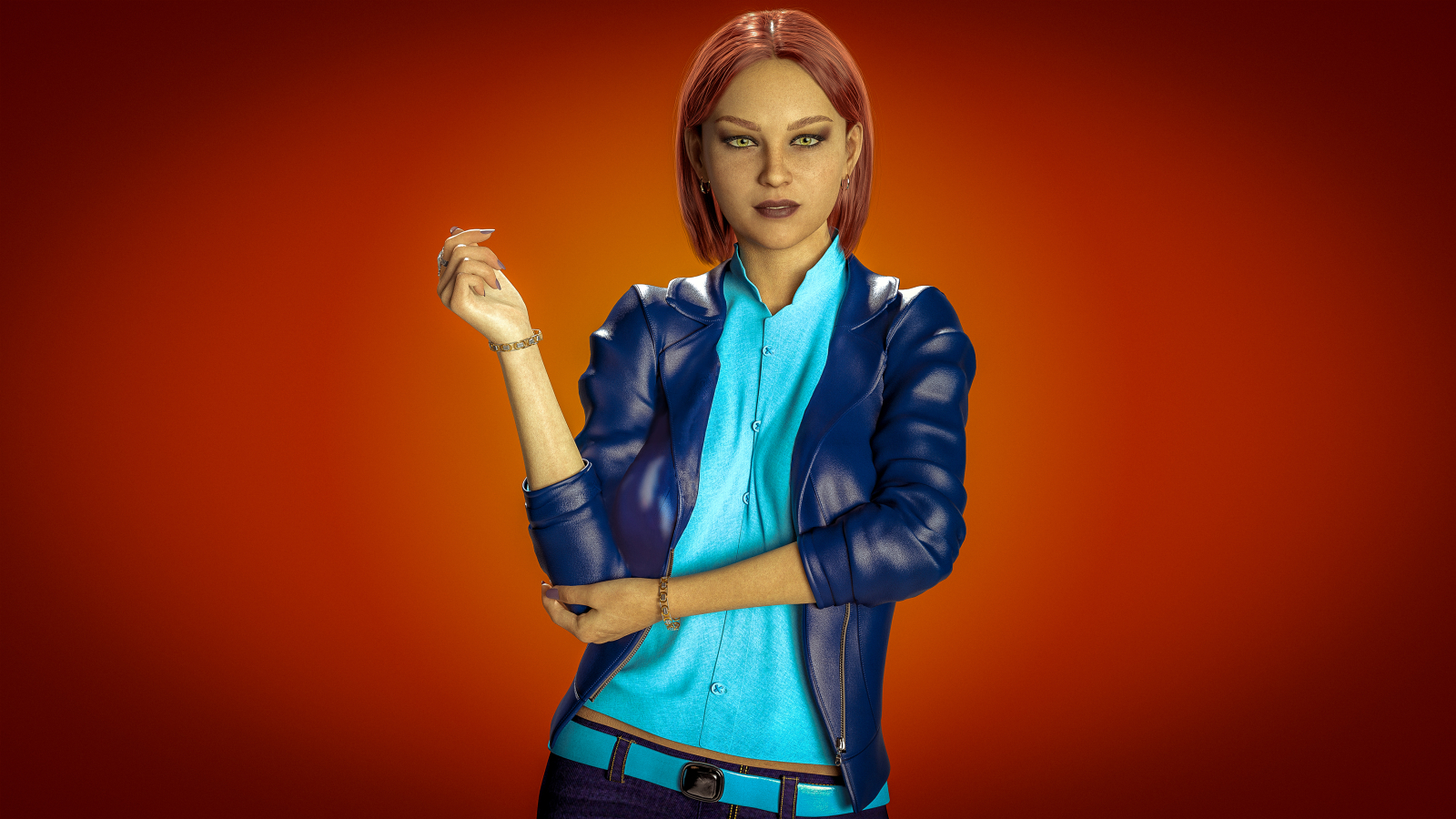 Belinda Michaelson is the Gamemaster of the House of Thrones—where she is known as The One True Goddess and goes by the name Inda of the Mount. Because of her position as Gamemaster, Belinda is also the de facto owner of The Strumpet’s Sister.

A refugee from the Earth-668 iteration of reality, she is obsessed with ensuring that her new universe doesn’t meet the same fate as the one she left behind.

In the Earth-668 version of the universe, she was the daughter of the costumed adventurer Nightmare and his wife Jenna. As a second-generation Potent, she was born with the ability to read minds—a superpower she struggled with until her mother trained her in the art of mindfulness.

Following The Calamity which ended the reality she was born into, Belinda arrived in Earth-669 with one goal: keep safe the family she couldn’t help during the apocalypse. This has led her to commit some violent and, some might say, despicable acts over the years. But these days she’s trying to atone for her past.

Whether she’s working to keep patrons happy at The Strumpet’s Sister, serving as a teaching assistant to her almost-uncle Matthew Silver, or trying to make up for the hurt she’s caused her longtime crush Nasha, Belinda is hoping to balance the scales of her life before it finally comes to an end.

As the daughter of a Potent, was born with the supernatural ability of telepathy. She can read the minds of any and all living beings within a thirty foot radius, though the ability is somewhat diminished by distance.

The person she’s trying to read does have to be living, however. Belinda’s powers do not work on the dead or The Undone.

Belinda can also project her own thoughts into another person’s mind if she is able to make physical, skin-to-skin contact with the target. And she can use this same touch to, with the target’s consent, initiate “The Dance of Dreams”—a magical ritual which allows two or more sapient beings to “dance” through each other’s memories (a ritual which typically requires a blood pact, but which does not for Belinda).

Lastly, but unrelated to her innate psychic abilities, Belinda has developed a talent for Veil Pulling—which allows her to travel across space and time to anywhere and/or anywhen she or a blood relation has been.

Belinda is a tall, lithe figure with red hair and green eyes. She considers herself too “delicate,” especially when she compares herself with her mother and almost-mother—two the most solid, strong women she’s ever known—and she tries to act and dress tougher to compensate for this.

Except when she’s playing the part of The One True Goddess, that is. When she’s fully inhabiting that role, she dresses to more fully inhabit her fierce femininity—impossibly high heeled boots, skirts with thigh-high slits, and tops designed for maximum cleavage.

Personality-wise, Belinda is a confident, no-nonsense alpha type. She is assertive, self-assured, and demanding. Typically unstoppable, she is feared by those who can’t call her friend. And yet, she is fiercely loyal. If you have done right by Belinda, she will never fail to do right by you.

She was born in the year 2011 of the Earth-668 iteration of reality as Belinda Silver. As the cult surrounding Jesus 2.0 began to transform the world, Belinda and her parents hid themselves away from the burgeoning theocracy in the White Mountains of New Hampshire—the “Live Free or Die” state and one of last safe havens in the world for atheists like Belinda’s father.

In the year 2030, following the incident depicted in the short story “Revelation,” Belinda’s parents thought to celebrate the imminent downfall of Jesus 2.0’s oppressive regime. But they never got the chance, as time-traveling shenanigans set an apocalyptic Calamity upon their unsuspecting reality.

The Repercussions of the Reboot

When reality began to reboot into its Earth-669 iteration, Belinda found herself permanently unstuck in time. In the new version of the universe, Belinda’s father had been rendered infertile—thus eliminating the possibility of her ever being born.

Thrashing about in the rapids of The River Without End as she watched this new version of reality play out, Belinda swam to shore—fueled by rage. She then stormed inside the first building she could find—The Strumpet’s Sister—intent on demanding answers.

She was directed upstairs by The Barkeep and told to talk to the newly assembled House of Thrones—if answers were indeed what she wanted. “We don’t serve truth down here,” he said. “We serve lies.”

When asked for her name at the door to The Game Room, Belinda rechristened herself with a patronymic for her surname, becoming Belinda Michaelson—Inda, for short. When asked for her homeland, for the name of the kingdom for which she’d be playing, she said “The Mount,” recalling her family’s White Mountains hideaway.

Having become quite the card shark under the tutelage of her now lost mother, Belinda made short work of the other players and was dubbed this universe’s very first Gamemaster. When asked how she wanted to be addressed from now on, the teenager—with all the angst, ennui, and melodrama in her body—proclaimed that she should be known as The One True Goddess.

She killed the first person who laughed by pummeling him to death with the leg of his throne—which she broke off with her bare hands. No one laughed after that.

While she was thrashing about in the River Without End, Belinda witnessed every moment of the Earth 669 iteration of reality—from beginning to end—play out. But because 13.8 billion years of memories is a bit much for one human mind to handle, she only recalls bits and pieces of what she saw—most of those focused on her almost-family, where she directed the bulk of her attention.

In the years since she came ashore and won her position as the Gamemaster, it’s uncertain exactly how many years she’s lived. She’s done a lot of jumping back and forth in time, after all, trying to prevent another Calamity from happening. But no matter what the number, Belinda is a lot older—technically speaking—than the 20ish years old she tries to pass herself off as. And yet, she maintains the youthful exhuberance of a twenty-something—quite enjoying her life and making the most of it, when she’s not worrying about the world coming to an end.

These days, she enjoys her time in academia—where she assists her almost-uncle—and she dreams of a day when she might reveal herself to her almost-family, if she can ever figure out a way to explain the brain-bending truth of her situation to them. But she knows she has to be careful and watch out for butterflies—lest she inadvertently cause the very apocalypse she is trying to prevent. 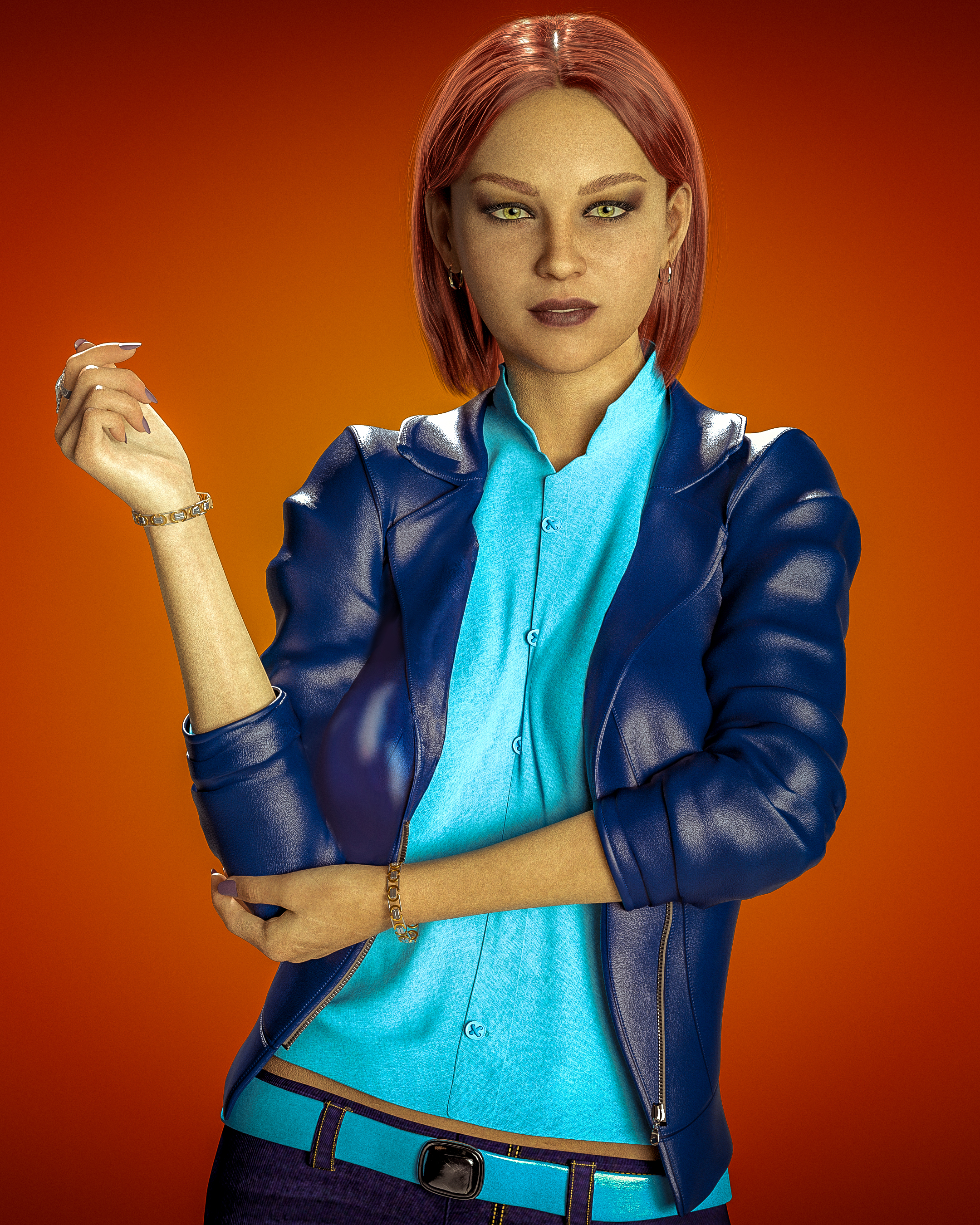 Answering: "Write about an unassuming character who secretly controls things from behind the scenes."
Visit eccbooks's Competition Page Check all other answers to this prompt Competition Homepage