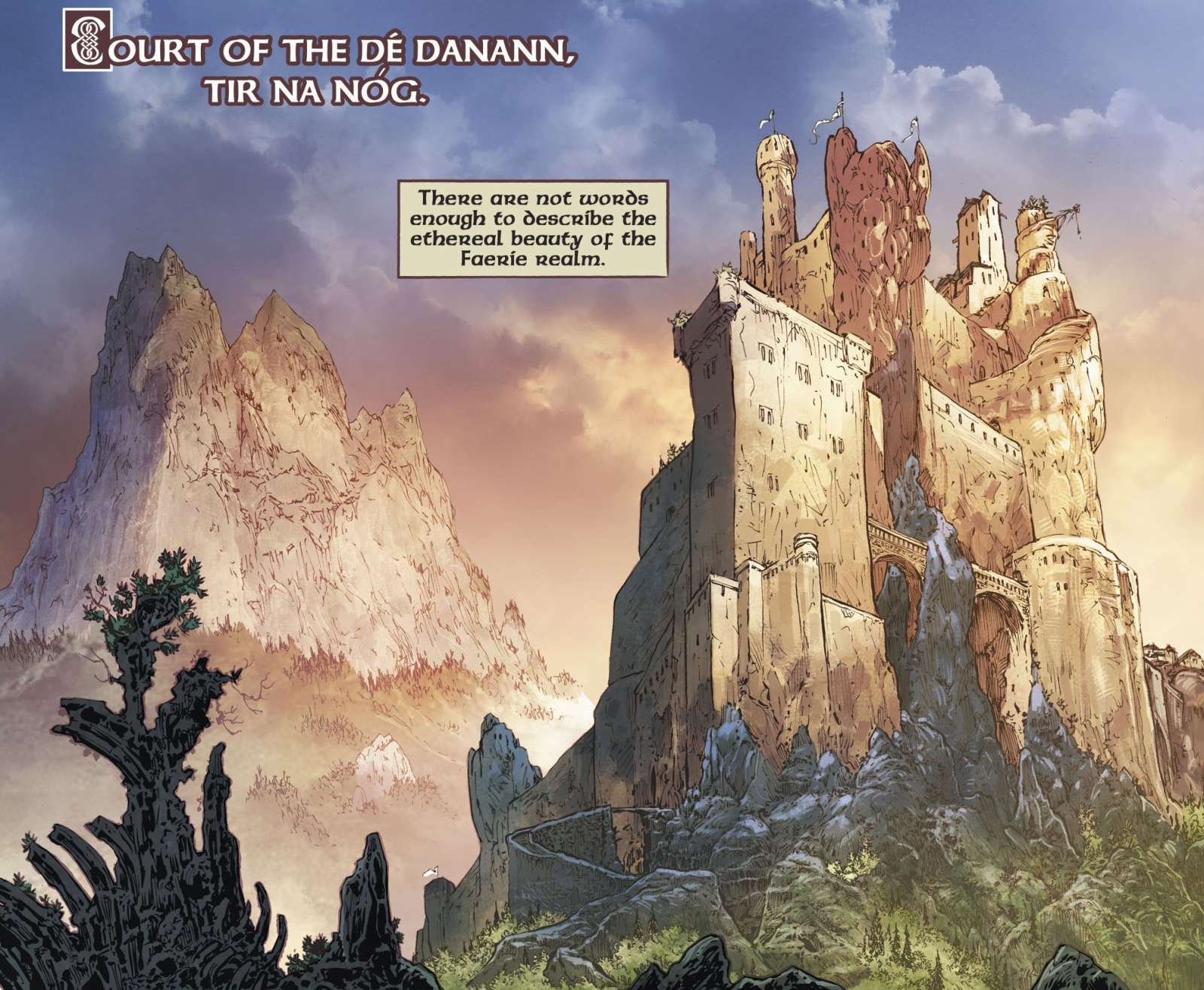 Tír na nÓg is a large and beautiful realm adjacent to Earth but it is deeply connected to the Outlands. Serving as the Feywild of the Outlands, Tír na nÓg is considered one of the largest shared realms adjoined the Outer Planes. According to the studiers of the Great Wheel cosmology in Faerûn, the realms of Silvanus and Oghma are located within its vast territory, as well as the realms of many other deities; including Cernunnos and other Celtic deities.

The realm is an expanse of meadows and oak groves that extended among hills and woods. The landscape is dotted with obelisks, cairns, and circles of standing stones, from which ancient magic often emanates. There are no massive cities in Tír na nÓg; only towns, villages, and small settlements. The countryside holds single family homes and farms and they cling dearly to old ways and traditions.   After the Fomorians created this paradise plane, many realms sprung up within. King Elatha lead the Formorians and King McCool lead the Dé Danann. The Deep Forest would grow and house the Forest Father Silvanus as Word Archons would construct Oghma's House of Knowledge.
Alternative Name(s)
Tir na Og, Tir Na Nóg
Type
Dimensional plane
Location under
Faerie